For years, bioengineer Yaling Liu has been in pursuit of the deadly tumor cell. Liu has been perfecting a microfluidic device the size of two quarters that has the ability to catch and release circulating tumor cells (CTCs)—cancer cells that circulate in a cancer patient’s blood. Such a device could lead to earlier detection of primary tumors and metastasis, as well as determine the effectiveness of treatment—all through a simple, non-invasive blood test.

Liu, associate professor of bioengineering and mechanical engineering, is in the early stages of testing his device in a clinical setting—and the results are promising.

Liu’s “lab on a chip” is notable for its ability to not only capture tumor cells circulating in the blood, but to “release” those cells as well.

“Our circulating tumor cell device can release a tumor cell captured from a blood sample, enabling single cell analysis,” says Liu. “It could be used to check the effectiveness of treatment by identifying the amount of tumor cells circulating. Conducting genetic testing on a released single cell could also reveal whether the primary tumor had metastasized, as metastasized cells have unique genetic markers.”

The device could also be used to check the effectiveness of cancer gene therapy.

“Genetic tests could be performed on the released CTCs, indicating if the gene therapy is triggering changes in gene expression,” says Liu. In other words, such testing could help detect whether a therapy is working or if other methods should be explored.

Liu will present some of these findings today, April 18, at a conference in Istanbul, Turkey called "The Future of Medicine" hosted by Royal Academy of Science International Trust (RASIT) and Bahçeşehir University. Liu will present via Skype from his office at Lehigh.

Liu’s device is part of a clinical drug trial for melanoma and renal cancers at the Lehigh Valley Cancer Institute. Funding for the study has been provided by the Andy Derr Foundation for Kidney Cancer Research. The goal is to gather preliminary data about whether the device can improve care.

The first stage of the trial, which involved an analysis of circulating tumor cells from a single blood draw of several dozen patients, has demonstrated strong potential.

“The next step will be to track a few patients over the course of their treatment, taking several blood draws to see if the data captured by the microfluidic device correlates with the data their medical team is collecting through other methods,” says Liu.

Liu and his team are preparing to undertake that next step within the next few months.

Liu’s microfluidic device achieves two key standards by which the success of CTC devices is measured: high capture efficiency and high selectivity. Capture efficiency refers to the percentage of CTCs that the device collects. Selectivity measures how well it rejects unwanted cells, such as red and white blood cells.

The rectangular chip—smaller than a few square centimeters and using as little as a few milliliters of blood—is made of the polymer PDMS. The chip’s key feature is a tiny flow channel on a hierarchically designed pad that is optimized to capture tumor cells from the blood flowing across it.

Using microfluidic design principles, Liu’s group engineered vortices in their device to increase the chance that tumor cells will collide with the surface of the flow channel. The group also arranged ripples in a wavy-herringbone pattern lining the bottom of the capture pad.

“The herringbone surface generates a passive vortex that mixes the cells and increases the chance that they will collide with the capture pad,” says Liu. “High selectivity is achieved by smoothing the sharp grooved herringbone pattern into a wavy one, helping to filter out unwanted cells.”

The group uses immunoaffinity—the specific chemical affinity between an antibody and an antigen—to make CTCs adhere to the device while normal blood cells flow past. They coat the pad with a layer of anti-epithelial cell adhesion molecules (anti-EpCAM) which bond with CTCs but not with normal cells.

Liu and his team recently improved upon the device’s release efficiency—or its ability to allow circulating tumor cells to be collected for further study. Instead of permanently depositing particles through immunoaffinity, anti-EpCAM coated magnetic microparticles were trapped over the untreated PDMS surface by an external magnetic field and were then released by readily removing the magnet for CTC collection. The results were published in the journal Lab on a Chip (Lab on a Chip 17 (19), 3291-3299) in an article called “Magnetic particles assisted capture and release of rare circulating tumor cells using wavy-herringbone structured microfluidic devices.”

He says such a method can potentially be used for CTC sorting from patient blood samples, CTC concentration monitoring, therapeutic guidance and drug dosage choice, and further study of tumors, such as drug screening and tumor mutations.

Adds Liu: “With metastatic cancers accounting for around 90 percent of deaths from solid tumors, the hope is that one day a device that can enable the analysis of single tumor cells circulating in the blood could make a big difference in early diagnosis, detection and monitoring of numerous types of cancer, without invasive biopsies.” 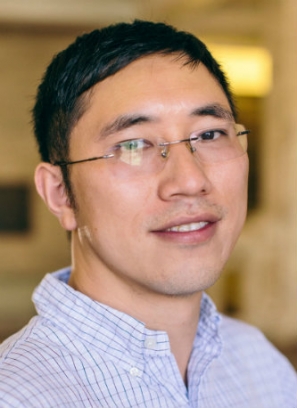