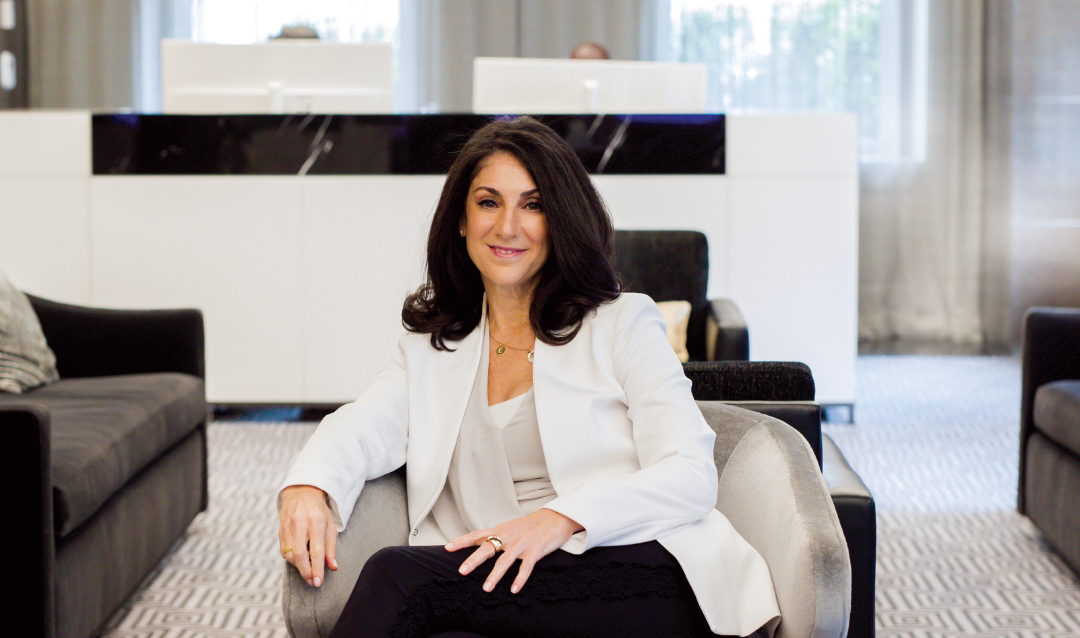 From an office in the heart of Manhattan, on the 12th floor of 30 Rockefeller Plaza overlooking the famous ice skating rink, Ellen Stone ’87 and her staff develop strategies to whip up buzz for the popular television shows created by the networks Bravo, Oxygen and Universal Kids.

Bravo unleashed the singular and sensational “Real Housewives” onto the world and has other reality TV hits such as “Below Deck” and “Top Chef.” True crime buffs flock to Oxygen, with shows such as “License to Kill” and the new “Injustice with Nancy Grace.”  And kids love shows like  “Where’s Waldo?” and “American Ninja Warrior Junior” on Universal Kids.

Her team created a frozen food line partnering “Top Chef” and Healthy Choice, a custom float featuring more than a dozen Bravo stars such as Andy Cohen in the New York City Pride March and BravoCon, an immersive fan experience to bring Bravoholics together with their favorite Bravolebrities (November 2019).

“My job is to get as many people invested in these shows as possible,” Stone says. “I have to understand who our audience is and what they care about most in order to marry their interests with our brand and original series. The opportunities, technologies and platforms in the marketing landscape are changing constantly, and I have to always look for new opportunities that allow me to reach a large yet targeted audience with our messaging.”

It’s a fun job. I don’t often go to work with my stomach clenched. I go to work very excited about what is going to happen. It is exhausting. I’m good with that though. I’d be bored otherwise.

Stone has loved television since she was a youngster growing up in a big family in Westchester County, New York, glued to shows such as “Friends” and “Seinfeld.” Back then she liked all the popular stuff, nothing too highbrow, to the disappointment of her more discriminating, book-loving parents. Stone was fascinated by the commercials. One in particular she will never forget—Apple’s powerful Orwellian commercial introducing the Macintosh computer, which aired during the Super Bowl in 1984 and was ultimately ordained the best Super Bowl ad ever.

“I loved the idea of being able to entertain someone in 30 seconds or seeing a print ad that could motivate someone to action,” says Stone, who majored in marketing at Lehigh and minored in French. “I really like the psychology and strategy behind marketing.”

Stone began her career at major ad agencies, first as a media buyer and then an account executive. Clients included familiar products such as Remy Martin, Lipton Iced Tea and Marie’s salad dressing. Remember the “Got Milk?” campaign in which celebrities donned milk moustaches in support of drinking dairy? Stone’s team made that a hit.

“[Ad agencies] really prepare you for the unknown,” says Stone. “You need to be able to pivot quickly and figure out solutions to challenges on a dime.” 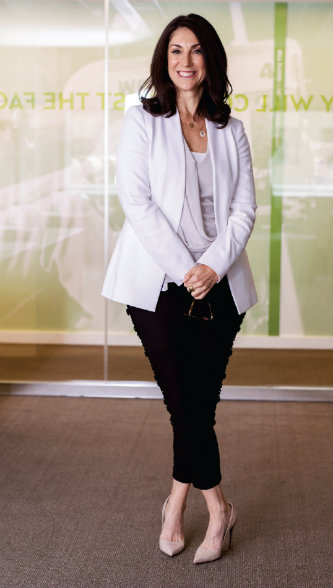 Ad agency work was good training for the fast-paced entertainment world, where Stone found her calling in 2002. She began at Lifetime as director of consumer marketing, supporting the network’s movies, specials and TV series, much of it geared to women.

That led her in 2006 to Bravo, the NBCUniversal property booming on the strength of shows such as “Queer Eye for the Straight Guy” and “Project Runway.” Within a few years, “The Real Housewives” kicked off, and the rest is television history. “Bravo has some of the most engaged and loudest fans of any television network. It’s a level of fandom you rarely see outside of sports and superheroes. It is a marketer’s dream,” Stone says.

Because of her success with Bravo, she was asked to take charge of marketing for Oxygen. She led the network’s rebranding in 2017 from a millennial network into a true crime network. Ratings surged. Stone’s responsibilities expanded again recently when she took over marketing duties for Universal Kids.

Stone’s story is one of “pure grit.”  She says she wasn’t a valedictorian-level student, but had interest and drive and took advantage of opportunities. Her advice to others? Don’t be afraid to ask for help, gather a network of people around you and remember that everything you do is preparing you for something else.

“I work with amazing people on amazing brands,” she says. “It’s a fun job. I don’t often go to work with my stomach clenched. I go to work very excited about what is going to happen. It is exhausting. I’m good with that though. I’d be bored otherwise.” 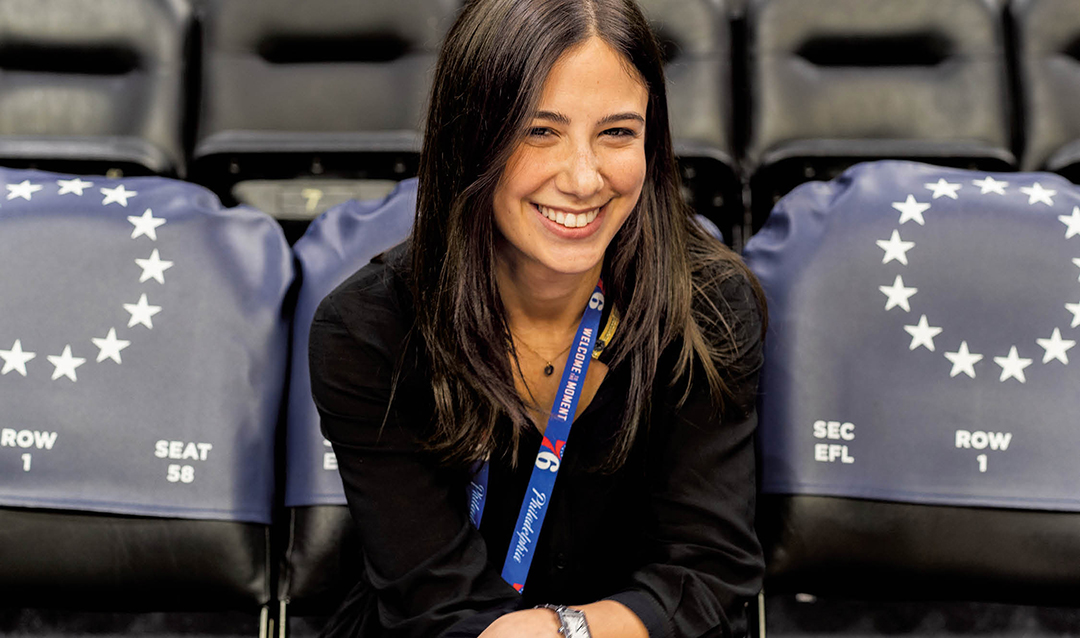 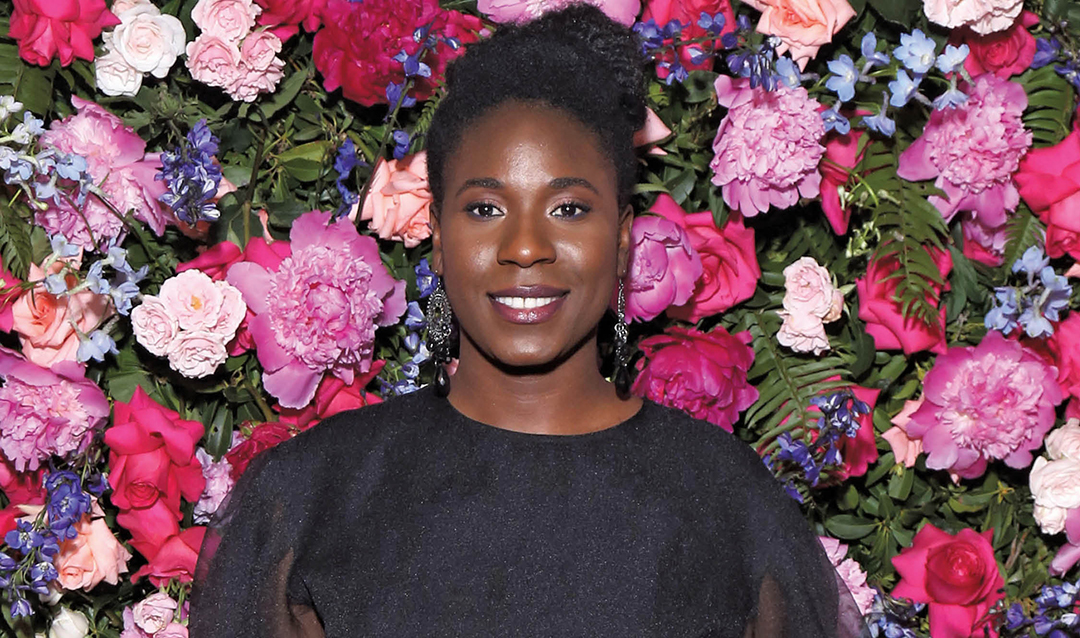