Discovery Transforms Understanding of Hydrogen Depletion at the Seafloor

Scientists analyzing hydrothermal fluid collected at the Piccard vents at Mid-Cayman Rise have found non-biological processes deplete hydrogen that was thought to be readily available to subseafloor microbial communities. 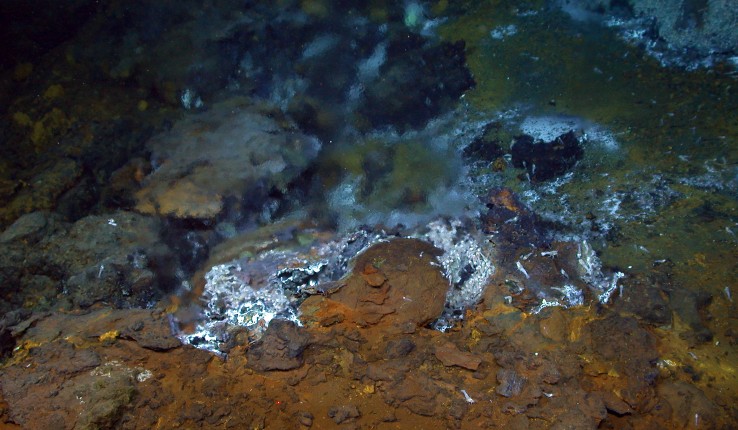 The discovery of hydrothermal vents―where volcanoes at the seafloor produce hot fluid exceeding 350 degrees Celsius or 662 degrees Fahrenheit―fundamentally changed our understanding about Earth and life in the 1970s. Yet, life at and underneath the seafloor is still very much a mystery today.

Gaining a better understanding of these volcanically active areas is important, as the chemistry at seafloor vents impacts ocean chemistry more generally. In addition, the seafloor’s unique environment supports biological and non-biological processes that offer clues as to how life on Earth first began, how it is sustained over time―and the potential for life on other planetary bodies. 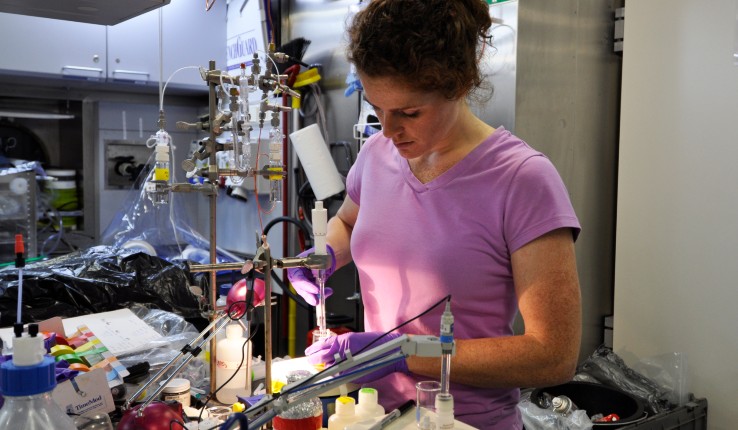 According to geochemist Jill McDermott, a professor in the Department of Earth and Environmental Sciences at Lehigh University, past studies of the chemistry of hydrothermal vent fluids have revealed reductions in certain gas species, such as molecular hydrogen. These depletions were thought to be caused by microbiological communities living in the shallow seafloor, collectively called the subseafloor biosphere.

However, results of a new study by McDermott and colleagues contradict that assumption. The researchers analyzed gas-tight hydrothermal fluid samples from the world's deepest known vent field, the Piccard hydrothermal field at the Mid-Cayman Rise, which is at a depth of 4970 meters, or about 16,000 feet below sea level. They observed chemical shifts in their samples, including a large loss of molecular hydrogen, that could only be the result of abiotic (non-biological) and thermogenic (thermal breakdown) processes, because the fluid temperatures were beyond the limits that support life―understood to be 122 degrees Celsius or around 250 degrees Fahrenheit, or lower.

“Our study finds that these shifts in chemistry are driven by non-biological processes that remove energy before microbial communities gain access to it,” says McDermott. “This could have critical implications for constraining the extent to which global geochemical cycles can sustain a deep biosphere, and for the global hydrogen budget.”

She adds “This also means the subsurface biosphere is likely receiving less energy than anyone had realized previously. The degree to which non-biological hydrogen consumption in the oceanic crust may reduce the impact of life inhabiting the seafloor is a great target for future studies." 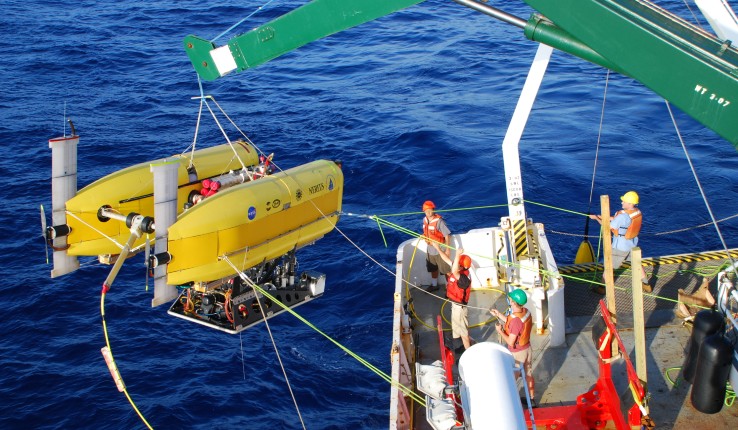 Using chemical analysis of dissolved gases, inorganic compounds, and organic compounds, the team found that the low-temperature fluid samples originated from mixing between seawater and the nearby Beebe Vents black smokers, so named because the fluid expelled from the vents resembles black smoke from a chimney. In these mixed fluid samples, many chemical species are either high or low in abundance, according to McDermott. The sample with the largest shifts in the amount of gas had a seafloor temperature of 149 degrees Celsius or 300 degrees Fahrenheit, a temperature that is too hot to host life. Thus, they concluded, the process responsible for the geochemical changes could not directly involve life.

The non-biological reactions they identified as responsible for these chemical shifts include sulfate reduction and the thermal degradation of biomass, and are supported by mass balance considerations, stable isotope measurements, and chemical energetics calculations.

The samples were collected during two research expeditions using two remotely operated vehicles, Jason II and Nereus, both designed for deep-water exploration and to conduct a diverse range of scientific investigations in the world's oceans.

"This was a really exciting field program that provided a rare opportunity for us to explore the complex interplay between the chemistry of a natural environment and the life that it supports,” said Seewald. “We are now in a much better position to estimate the amount of microbial life that may exist beneath the seafloor."

Discovered in 2010, the Piccard Hydrothermal Field is located just south of Grand Cayman in the Caribbean. The fluid samples the researchers examined vented at 44 to 149 degrees Celsius (111 to 300 degrees Fahrenheit), providing a rare opportunity for the team to study the transition between life-supporting and non-life-supporting environments. 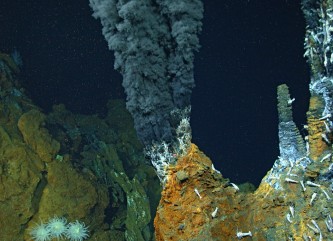 “The cool (hot) thing about this study is that we were able to find a set of vents that spanned from where it was too hot for life, to where it was just right,” says German. “That particularly cute set of circumstances opened up the possibility to gain new insights into what life might (and might not) be able to do, down beneath the seafloor."

Shifts in hydrothermal vent fluid temperature and chemical composition are known to serve as an important control on microbial community structure and function in the oceanic crust throughout the world's oceans.

“This relationship exists because hydrothermal fluids provide energy for specific microbial metabolic reactions,” says McDermott. “However, the reverse question of whether vent fluid chemistry is modified by life itself, or instead by non-living processes, is an important one that is rarely addressed.”

The team’s discovery may serve to open up a new path of exploration toward assessing whether non-biological processes serve as important controls on energy availability, in addition to microbial processes.