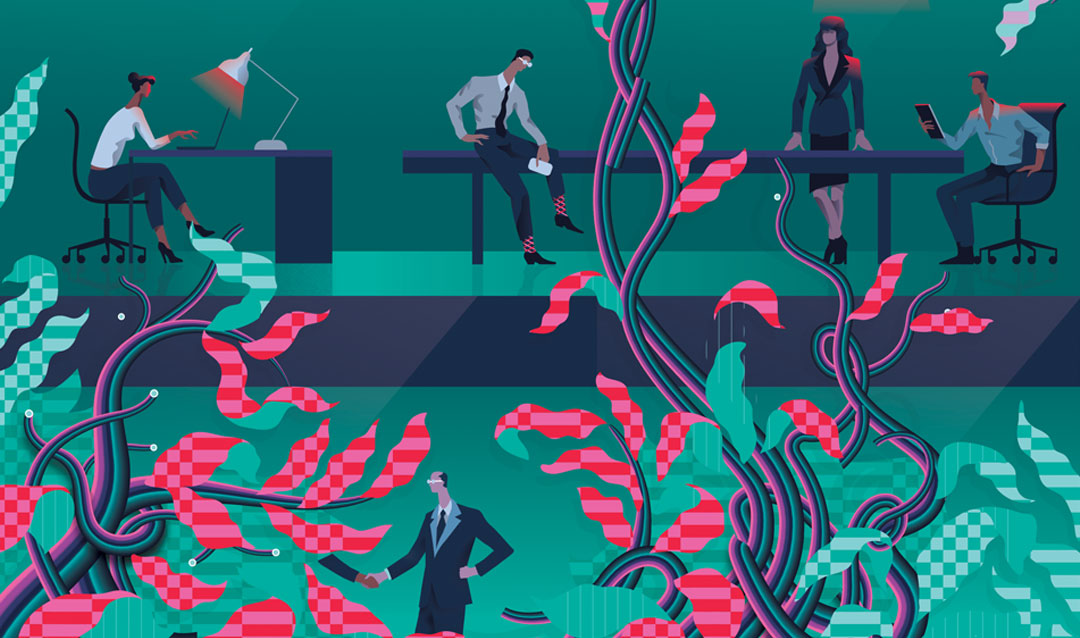 The struggles of the American middle class today are innumerable, from stagnant incomes and falling employment numbers to soaring costs for education and declining opportunity for their children. But among all of the challenges faced by the fast-fading middle class, perhaps none looms larger—or more forebodingly—than the unfettered advance of technology.

Until this point, it has been mostly low-skilled workers—assembly line workers or clerical staff, for example—who have taken the brunt of this technological beating, creating a sense of relative security among more skilled and more highly educated workers; the perception has long been that a college degree and a white-collar job provide insurance against tech-related job loss.

According to David Zhang, however, that may not be the case much longer.

Zhang, an assistant professor of decision and technology analytics in Lehigh’s College of Business, recently published a paper, “Does Information Technology Substitute for or Complement Human Labor? A Dynamic Stratified Analysis on European Countries,” that lays out what Zhang and coauthor Gang Peng of Cal State-Fullerton call a “dynamic, stratified analysis on the substitution and complementarity relationship between IT and labor.” The paper, which is the first to offer such a detailed breakdown of these fast-changing labor dynamics, was published in the journal Decision Sciences.

For their work, Zhang and Peng examined 35 years of employment and technology data from 31 different industries and 13 different countries with the aim of more precisely understanding how the implementation of technology and automation impacts different types of workers. The broad-based work was revealing in many ways, but perhaps the two most important takeaways were the following: that past understanding of the relationship between technology and labor is far too simplistic; and that going forward, more types of workers with more advanced skill sets and stronger academic credentials may find themselves being replaced, just like factory workers have been for decades.

“What matters here is the type of task that you do,” Zhang says. “While your education matters, the type of work you do matters more. … If you are doing more creative and more nonrepetitive tasks, what we find is that the technology can benefit you—you are part of the process and the technology still needs you to interact with it. But if you are doing more routine and repetitive tasks, you are at a higher risk of being replaced by automation—and what we’re seeing is that it’s not just people who only have a high school degree who are being replaced.”

The reality is that AI is having an increasing ability to replicate tasks that previously were not routine.

In other words, labor and IT are not pure substitutes, and how they complement each other—or don’t—is different in each specific situation. As Zhang and Peng note, their analysis showed that the impact of technology on workers varied not only by their skill level, but also by industry. Additionally, they say that the “interaction between IT and labor is dynamic and evolves over time as firms move on to more advanced phases of IT adoption and usage.” And this is where technology is increasingly putting medium-skilled workers at risk: In the earlier phases of IT adoption, the authors say, technology often serves to “complement” and support medium-skilled workers, while later on, as companies move forward into more advanced phases of implementation, that same technology can actually become a substitute for labor.

What became clear during the course of the study, the authors say, was that as companies turn more and more to IT, workers must adapt and develop IT-based skills that will allow them to make the most of that technology. The workers who fail to do so are the ones who ultimately end up being replaced.

“If you deploy more technology, you demand more of your people, and also demand that they have more meaningful interactions with these complex systems,” Zhang says.

Zhang says the work has important implications for leaders in both business and the public sector. For managers, the study clearly illustrates that even more skilled workers provide less value if they are not trained to put IT systems to use. Hence, the authors suggest that companies who wish to get the greatest return on their IT investments should provide “continuous training” to employees, with special attention being paid to medium-skilled workers “who used to be complementary but are now falling behind.”

Governments, too, need to take these changing dynamics seriously. As IT implementation accelerates across all industries, and impacts more workers, policies and funding should support the creation and delivery of training programs that can offer workers the skills they need to survive in a time of technological turnout. Indeed, as the authors state in their paper, while for now the evidence shows the relationship between high-skilled workers and IT to be largely complementary, “there may be a turning point where some of the tasks that used to be performed by high-skilled workers … will be routinized such that IT and some high-skilled labor may become substitutes.”

“The reality is that AI is having an increasing ability to replicate tasks that previously were not routine,” Zhang says. “We’re talking about more entry-level decision-making type roles, or even jobs such as the family doctor, which is something that eventually could be automated. I don’t think this is going to happen overnight, but we could see an eroding away of jobs that used to belong to the white-collar worker.”

Patients aren’t patient when it comes to time spent in the waiting room, study finds

As much of David Zhang’s work makes clear, new technologies and advances in such areas as artificial intelligence are increasingly putting more workers, from more varied industries, at risk of replacement. In the years to come, Zhang says, even such lofty fields as medicine could be imperiled by new and innovative technologies.

But as one of Zhang’s most recent studies makes clear, the personal touch of good old-fashioned customer service still counts for something—and likely always will. 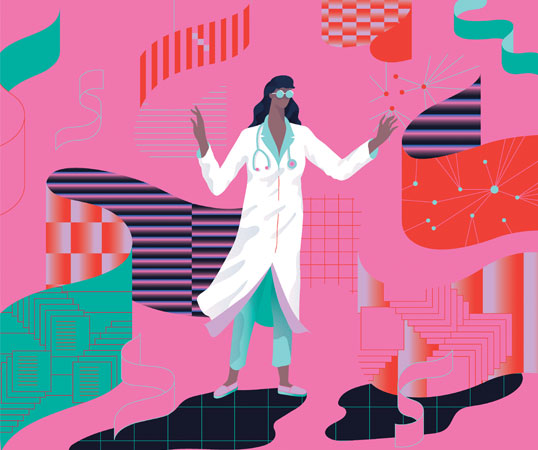 In work that was published in the Journal of Operational Management, Zhang set out to understand the unique dynamics that play out between patients and their doctors, and how those interactions eventually end up impacting online reviews later posted by the patients. These review sites are increasingly important to doctors’ efforts to market their services and attract and retain patients, with one recent survey from the site PatientPop showing that 75 percent of all respondents had gone online to read reviews before choosing their doctor. That same survey found that 70 percent of those polled considered online reviews “very or extremely important” when making decisions about their health-care.

For his study, Zhang and his fellow researchers—Dong-Gil Ko of the University of Cincinnati, Feng Mai of the Stevens Institute of Technology, and Zhe Shan of Miami University—analyzed more than a million physician reviews for doctors working in 17 different medical specialties with the specific aim of better understanding how important operational efficiencies are in terms of shaping patient satisfaction.

“There are a lot of sites out there that allow people to comment on their doctors—how well they were treated, how accurate their diagnoses are, just a lot of very subjective-type comments,” Zhang says. “But we were thinking, well, how can we make use of all of this information—information that is being voluntarily contributed by the users—to get some kind of meaningful takeaway?”

The clear takeaway from the work? Those “operational efficiencies” really do matter. They matter an awful lot, actually.

By leveraging econometrics in combination with text analytics techniques, the researchers determined that long or even moderately long waiting times could prove highly detrimental to a physician’s online reputation. Specifically, the team found that a waiting time longer than even just 17 minutes reduces the chances of a positive online review by 14 percent. Waiting time is such an important factor in patient experience, Zhang adds, that a negative experience in a waiting room can even shape or alter a patient’s perception of the quality of care delivered.

The work offers important insights to the medical community at a time of rapid change in that sector, Zhang says. Specifically, it serves as a reminder that even as technology plays a broader role in modern health-care delivery, patient-focused care remains as critical as ever.

“The overall goal of the health-care world should continue to be to create better experiences for the patient,” he says.