Cliff White: Helping Others Help Themselves

Cliff White '82 uses his Lehigh accounting degree to give back to the community.

Cliff White ’82 was putting his Lehigh accounting degree to good use as a CPA at Deloitte Haskins & Sells in New York City when, in 1986, his former fraternity brother Fred Schaufeld ’81 ’14P ’17P asked White to join the company he was launching, National Electronics Warranty (NEW), as chief financial officer.

The idea appealed to White, in part because it reminded him of something he had loved doing as a student at Lehigh—securing ad revenue and managing the business side of The Brown and White student-run newspaper. 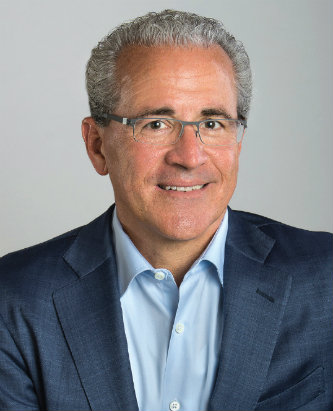 After 23 years at NEW and a lucrative merger of the company with Asurion, White was winding down his career when he, Schaufeld, and a third NEW partner founded SWaN & Legacy Venture Partners. The venture capital private equity business has invested in 40 startup companies in industries as diverse as restaurants, movie production, online clothing retail, and nine sports franchises, including the NHL Washington Capitals, the NBA Washington Wizards and the MLB Washington Nationals.

Lately, in what has become a third career, White has taken his knowledge of funding business startups and applied it to philanthropy. He gives both his time and money to support the Community Foundation of Montgomery County in his home state of Maryland, an umbrella not-for-profit that matches donors and grants with those in need.

“Helping leaders of nonprofits expand the impact their organization has on the community is a lot like the process a person running a private equity fund would go through with the startups they invest in,” he says. “There’s a certain amount of mentoring and one-on-one contact. It’s very rewarding.”

White founded the Neighbors in Need Montgomery Fund in 2008 at the Community Foundation to respond to the impact the economic downturn was having on vulnerable members of his community. What began with safety-net services—assistance with food, rent, utilities and clothing—has morphed into providing not just emergency assistance, but also help to build pathways out of poverty through education and career development.

“I realized we were treating the symptoms but not curing the illness. We needed to figure out ways to help people find gainful employment or move from part-time to full-time jobs. It was that pivot that made me realize the power of education,” says White.

He also started a local scholarship fund with his wife, Debbie, for students from the area to pursue higher education.

“Education can be the most influential opportunity for a person to transform and improve their life. And they’re likely to pass that knowledge on, so it helps not just one person, but a whole family and future generations,” White says.

White’s support of education extends to Lehigh as well, where he has generously supported scholarships, programs and the new business building.

“Lehigh and, specifically, the College of Business were irreplaceable components in the formula for my career success, and I’m honored to support the college’s new facilities,” White said.

Giving back is a civic duty White learned from his parents and hopes to instill in his own two adult children by providing an example through his actions.

“When you’ve been as blessed and as fortunate as I’ve been, it’s the right thing to do,” said White, who was named 2017 Montgomery County Philanthropist of the Year. “Most of the time, I get far more back from the experience than I give.”