As an undergraduate student at Lehigh, Cristina Arteta ’98 recognized that something needed to be done to improve international students’ well-being at the university. At the time, she was losing international friends and classmates as transfers to other universities.

“It was a charged moment in time,” says Arteta, then a marketing major from Ecuador. “Diversity and inclusion were needed.” 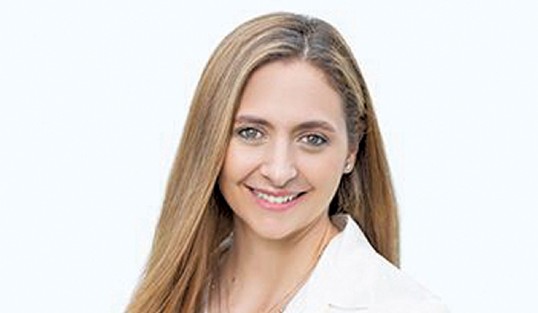 Arteta gathered with friends who had moved from abroad to come to Lehigh. Many of them had previous boarding school experiences in the U.S. and knew the importance of having an inclusive and safe space to collaborate within their learning community.

“It was part of my personal belief that we needed to give a forum where everyone could come in and feel comfortable and confident that your difference would be appreciated,” she says.

Thus, the Global Union was born, and Arteta, as the Global Union’s founder and first president, worked hard to help bring it to life. “I was very motivated,” she says.
As the idea gained momentum, Arteta was invited to a meeting of the Global Council by Roger Nagel, then director of the Iacocca Institute, and William Hittinger, then Lehigh’s interim president. She says she gained additional support from the university administration, as well as from Lehigh staff, including Christine Smith, then assistant director for development, who helped find a space for the union.

Today, the Global Union is an umbrella organization of student clubs and groups with an international and cultural focus. It is also a place for students, faculty and staff to gather.

“The most enjoyable part was the leadership skills I developed through this process,” Arteta says. “But what I value the most is the diversity that I was able to feel firsthand.”

In her home in Ecuador, Arteta spent seven years neighboring an indigenous community of talented crafters, predominantly women, who lacked the markets needed to gain financial independence and stability. Arteta helped connect them to the necessary markets.

Arteta says her Lehigh experience was “a groundbreaking moment. ... It is like the moment I became myself.” At Lehigh, she says, she felt there were no limits to learning and exploring.

“It was an amazing experience,” she says. “Academically it was great. I enjoyed my classes, but outside of the classroom is where my real learning took place. I was thriving. At Lehigh, if you were willing to, you were able to.”

Arteta stresses the importance of eliminating blind spots for a brighter future.

“If you don’t open your mind and broaden your horizon and have a different perspective, you will always have a blind spot,” Arteta says. And the purpose of her Global Union and international education is to eliminate blind spots through broader inclusion.

“For the future, we still need to build these safe environments, because this is the only way that differences can be appreciated,” Arteta says.

To read more stories about Lehigh alumnae who have made an impact on campus and around the world, go to: go.lehigh.edu/globalimpact.