African-American children often are reported by parents and teachers to display behaviors of ADHD at a higher rate than children from other racial and ethnic groups. For the first time, researchers have found that African-American mothers in a study rated boys as displaying more frequent ADHD symptoms than Caucasian mothers did, regardless of child race. The findings mean that racial differences found in prior studies may be more due to maternal race than child race, said Lehigh researcher George DuPaul.

The findings are reported in this month’s Journal of Attention Disorders, in a special issue on Parenting Youth with ADHD.

“The primary takeaway is that common psychological assessment measures like parent behavior questionnaires are influenced by race; these assessments are not happening in a cultural vacuum,” said DuPaul, a professor of school psychology who co-authored the paper, “Impact of Maternal and Child Race on Maternal Ratings of ADHD Symptoms in Black and White Boys,” led by Ph.D. candidate Charles Barrett, now a school psychologist. “Hopefully these findings will alert professionals conducting evaluations that race (particularly parental race) makes a difference in how children’s behavior is viewed.”

Although the study focused on assessing ADHD symptoms in African-American and Caucasian boys, the findings have significant implications for the manner in which school psychologists and other professionals understand children’s behavior for a host of suspected disabilities, said Barrett, who is lead school psychologist with Loudon County Public Schools in northern Virginia. “Most notably, our research underscores the importance of evaluators critically examining how factors that are beyond child behavior can influence diagnostic outcomes,” Barrett said.

Researchers found significant differences in ADHD symptom ratings as a function of maternal race, but not based on child race or the interaction between maternal and child race.

Based on past studies showing that African-American children, particularly boys, consistently receive higher scores on common ADHD assessment measures than Caucasian children do, the researchers expected child race to be the driving factor in accounting for differences in ratings of ADHD symptoms. Instead, “only small, nonstatistically significant effects for child race were found and the interaction between child and maternal race was also associated with small, nonstatistically significant effects,” they said. “Differences in ADHD symptom ratings were influenced almost entirely by maternal race.”

Affecting 3 percent to 10 percent of the child population, ADHD is a chronic, neurodevelopmental disorder associated with significant academic and/or social impairment, according to the American Psychiatric Association. Thus, it is critical to identify children with ADHD in a reliable, valid fashion so that treatment resources, such as behavioral therapy, medication and behavioral parent training, are allocated to those in greatest need.

Current best practice in ADHD diagnosis involves multiple assessment methods and respondents to document symptoms and impairment across home and school settings, including observations by parents and teachers.

While several studies have found that adults rate the severity of ADHD symptoms higher in African-American children than in Caucasian children, studies have also consistently found significantly lower diagnostic and treatment rates for ADHD in the African-American population. “Given the apparent disparities in diagnosis and treatment of ADHD, it is critical to more systematically examine racial differences in assessment outcomes,” the researchers said.

Participants in the study were 131 mothers recruited in suburban and urban locations in the Northeast, Mid-Atlantic, Southeastern and Midwest regions of the U.S. About half of participants were Caucasian and half African-American, with both racial groups primarily from middle class socio-economic status.

Mental health professionals and others who work with children with ADHD are most likely to benefit from these findings, researchers said, but it is also important that parents, teachers and the general public are aware of the influence of race on the ADHD evaluation process.

As a school-based practitioner, Barrett and his colleagues often focus on children’s behavior, when child behavior is not the only variable to consider, Barrett said. “As the ultimate goal of assessment is not necessarily to uncover what is different about the child, willingness to explore and examine other variables leads to an equally important question of assessment: why child behavior is perceived differently by different people,” he said.

The study results are consistent with prior findings that assessment measures used to identify ADHD may produce quantitatively different results for African-American and Caucasian children who have similar treatment needs, meaning that clinicians should not rely on a single method or respondent when screening or assessing for ADHD.

“Given consistent evidence of health disparities across racial groups with respect to ADHD, it is important to understand and address variables related to racial differences and to develop assessment measures that will provide equivalent data and lead to accurate diagnostic decisions across racial and ethnic subgroups,” the researchers said. 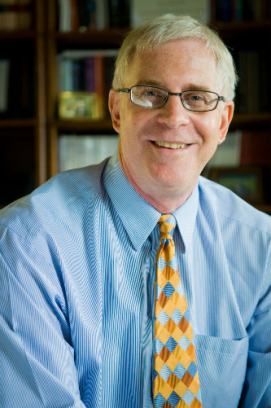 George Dupaul, a professor of school psychology, co-authored the paper, “Impact of Maternal and Child Race on Maternal Ratings of ADHD Symptoms in Black and White Boys.” Photo: Ryan Hulvat 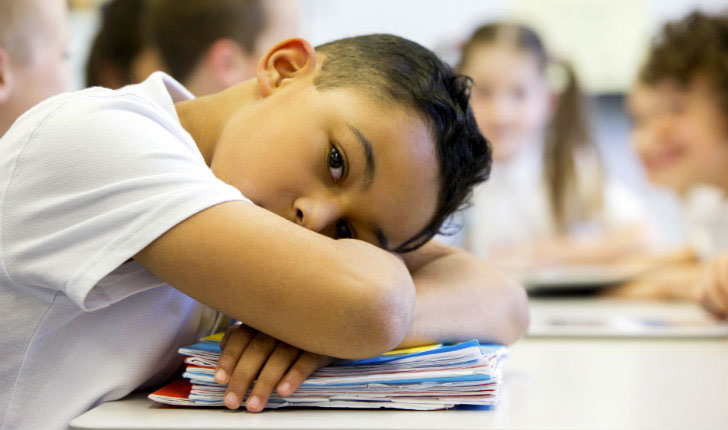