She will replace Henry Zheng, who stepped down in early 2019. 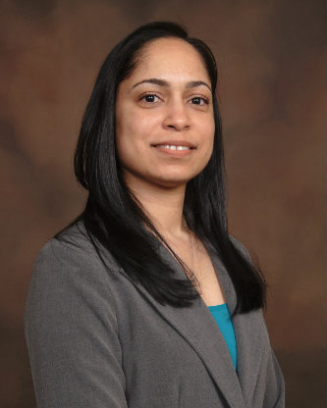 Yenny Anderson has been named vice provost for Institutional Research and Strategic Analytics at Lehigh.

Yenny Anderson, the current assistant vice provost for Institutional Research and Strategic Analytics (OIRSA), was named vice provost for the office in early January, following the resignation of Henry Zheng from that role. Zheng returned to his home state of Ohio to serve as senior associate vice president for Strategic Analytics for Ohio State University, where he worked prior to coming to Lehigh in early 2016.

In announcing Anderson’s appointment, Provost and Vice President of Academic Affairs Pat Farrell said that she was “a proven leader” who has been an “integral part” of the institutional research office as it expanded beyond its basic role as a provider of data to also focus on strategic analytics.

Anderson, who served as interim vice provost during the search that led to Zheng’s appointment, worked directly with Zheng in carrying out the mission of the expanded OIRSA unit and in helping to build a better understanding of the need for strategic analytics, Farrell said.

Farrell noted that as data analytics is an increasingly significant facilitating factor in Lehigh’s strategic and operational decision-making process, it is imperative that the university have the right person in place during this period of growth and expansion for Lehigh.

“With her deep understanding of the university, her strong working relationships across Lehigh and her experience in leading the OIRSA office, it is clear that Yenny will be able to seamlessly step into this role at such a critical juncture,” Farrell said. “The recent work produced by that office has substantially enhanced our ability to look at institutional data for decision-making, and to try to make that data easily available to others across Lehigh for their planning. With Yenny in this role, we know that this progress can continue.”

Anderson said that she is both honored and excited to serve in this new capacity.

“We have a great team that fully appreciates the role this office can play in providing informed insights to help in the strategic planning process as Lehigh continues to grow,” she said. “I’m excited to be a part of that progress and to support Lehigh in this new role.”

Anderson came to Lehigh in 2007 as an assistant director in the institutional research office, was named associate director in 2008, and was promoted to full director in 2011. She was promoted by Zheng to the assistant vice provost role in 2018. She was selected by the university to participate in Lehigh’s first ever 2016-2017 Pragmatic Leadership Program. She is also an alumna of the 2015 HERS (Higher Education Resource Services) Institute, a leadership development and research organization that is dedicated to creating and sustaining a diverse network of women leaders in higher education.

She was recently awarded her Ed.D. in educational leadership and management with a concentration in higher education from Drexel University.  She earned her Bachelor of Science degree in computer science with a minor in psychology at Queens College, City University of New York (CUNY), a Master of Science in business computer information systems at Baruch College, CUNY, and a Graduate Certificate in institutional research at Pennsylvania State University.