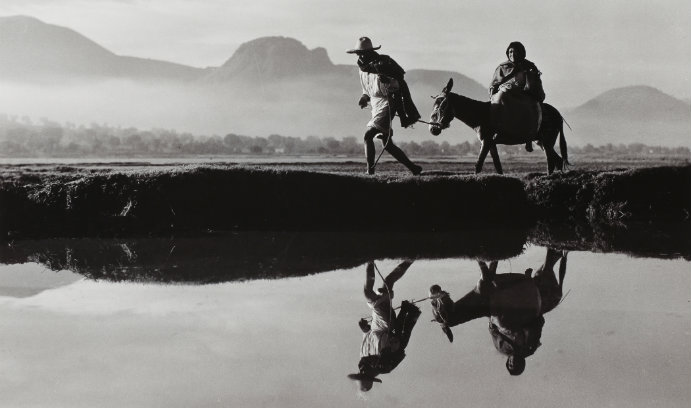 Six photographs by Rosa Harvan Kline Chellas were loaned to the Museum of Modern Art in Mexico City and the Casa de América in Madrid, Spain, both in 2011. Above, Forgotten Village, 1941. Image: Courtesy of LUAG

Now, the 1909 painting, which has been part of Lehigh’s collection for more than 60 years, has become an ambassador of sorts for the university.

The painting is on loan to the NSU Art Museum in Fort Lauderdale for a show titled “William Glackens and Pierre-Auguste Renoir, Affinities and Distinctions.” The painting and exhibit will head next to the Hunter Museum of American Art in Chattanooga, Tenn., in June 2019.

“Nude Dressing Hair” is one of many photographs, sculptures and paintings that have been loaned to major museums around the world in the past several decades. Typically, LUAG loans one to two pieces of art to other institutions each year.

“That’s one way we spread the word about the wonderful cultural resources available here at Lehigh,” said Mark Wonsidler, LUAG’s curatorial associate for exhibitions and collections. “It’s a way of showing the university as a well-rounded and culturally invested institution.”

Among the other notable loans:

The exhibit at the NSU Art Museum “demonstrates Glackens’ response to Renoir’s impressionistic work from 1860 to the mid-1880s,” according to the museum’s website. The comparison show pairs 25 works by both Renoir and Glackens and illustrates Renoir’s influence on Glackens’ artistic development.

“Glackens was massively influenced by Renoir and the other modernists he was encountering” as he collected works for his friend and colleague, Albert C. Barnes, of Philadelphia, Wonsidler said. Glackens was Barnes’ representative, and he was instrumental in collecting the early modern works that became the core of the Barnes Foundation collection, including those by Henri Matisse and Paul Cézanne.

Though Renoir's influence on Glackens has previously been pointed out, Wonsidler said, the NSU show is the first full exhibition to focus on the relationship. 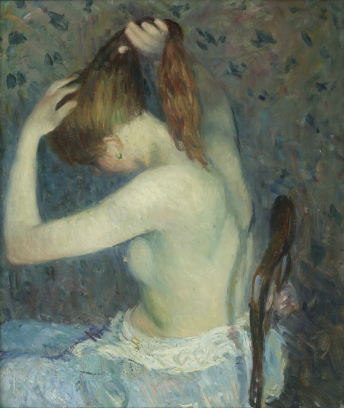 William Glackens’ 'Nude Dressing Hair' is on loan to the NSU Art Museum in Fort Lauderdale for a show titled 'William Glackens and Pierre-Auguste Renoir, Affinities and Distinctions.' Image: Courtesy of LUAG 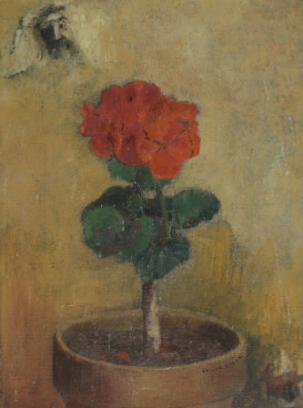 French artist Odilon Redon’s “The Potted Geranium” was loaned to the Museum of Modern Art in Gunma, Japan, in 2001. Image: Courtesy of LUAG