When a Reformer is Corrupted

Corruption was rife in the Spanish Empire of the 18th century, says Barbara Zepeda Cortés, and laws regulating it were as numerous as they were useless.

“The Spanish world had laws against appointing family members to office, against smuggling, against stealing money from the state treasury,” says Zepeda Cortés. “In practice, though, the enforcement of laws was not impressive, and corruption was everywhere.”

In 1765, King Charles III appointed José de Gálvez visitor general and dispatched him to New Spain (Mexico) to enforce the laws that were being flouted. Gálvez ended up being corrupted by the vast powers he was granted, says Zepeda Cortés, and his reforms were undermined by new excesses of favoritism and nepotism.

Zepeda Cortés, an assistant professor of history, has received a Paul J. Franz Junior Faculty Fellowship to write a book about Gálvez and his daughter and nieces. The most recent book about Gálvez, by Herbert Priestley, was published in 1916 and covers mostly his seven-year tenure as visitor general.

José de Gálvez (1720-87) became visitor general during the era of the Bourbon reforms, which had been initiated by King Louis XIV of France to strengthen the monarchy by creating state monopolies on consumer products. Gálvez established monopolies on tobacco, salt and gunpowder. He also organized a monopoly on playing cards and decreed later, as head of Spain’s colonial office from 1776 until 1787, that they be produced only in his small native village of Macharaviaya in southern Spain.

In seeking to enforce existing laws, says Zepeda Cortés, Gálvez ran into fierce local opposition. He appointed friends and family members to key posts, using his influence to install his brother Matias and his nephew, Bernardo, as viceroys of New Spain. He demanded higher salaries for his cronies and became himself the king’s best-paid minister.

“One motive for these higher salaries,” says Zepeda Cortés, “was so that ministers would not be tempted by bribes. But by appointing his brother and nephew to high positions, Gálvez ended up looking like the corrupt people whom he was trying to fight. He crossed an invisible line and was criticized by other ministers. After he died, there was a backlash and some of his reforms were reversed.”

Gálvez and his three brothers left a large fortune but few offspring. All were women. Josefa de Gálvez, José’s daughter, used her portion of the family inheritance to fight Napoleon and also to help her mother build a palace in Madrid that is now the Ministry of Justice. María Rosa Gálvez de Cabrera, Gálvez’s niece, became a poet and playwright with what some have called an early feminist point of view.

Bernardo de Gálvez had three children. Only Matilde survived; she married a Napolitan and had three daughters. One married into a noble family in Naples. The other two never married and spent their fortune building a monumental church that, says Zepeda Cortés, is an “architectural treasure with a great view of Mount Vesuvius.”

Zepeda Cortés is conducting research in Spain and Italy. “Gálvez had this contradiction in his own life,” she says. “Reforms involved political strife. There was so much opposition, but in order to fight it, he had to create his own group. He squeezed the system like nobody had done before.” 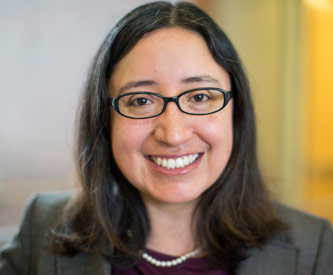