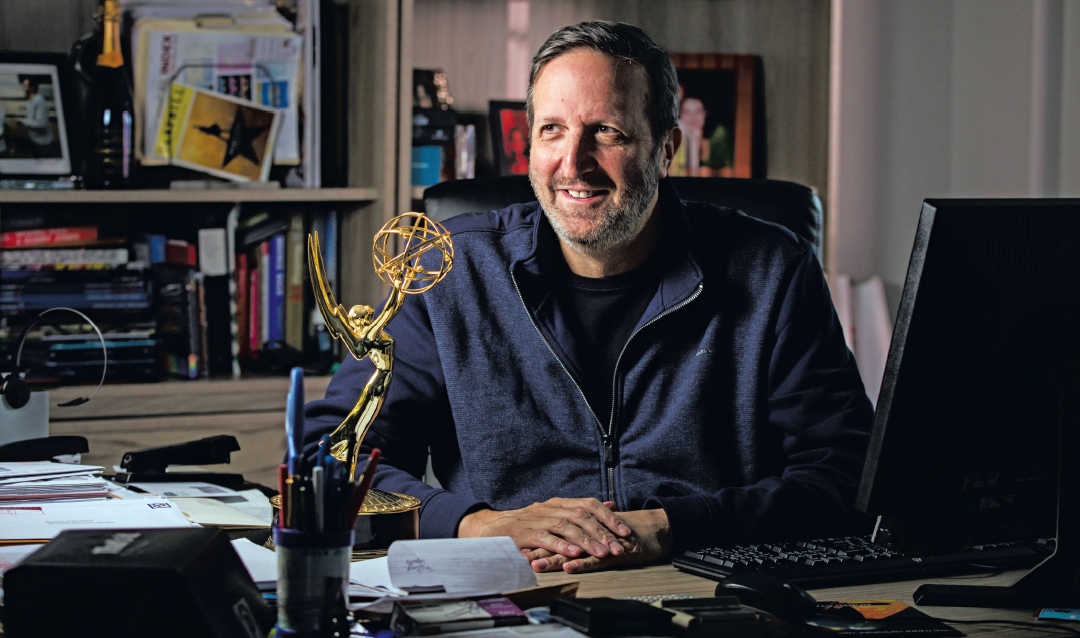 Producer Ricky Kirshner ’82 holds 10 Emmy awards. His productions include the Super Bowl Halftime Show, the Tony Awards, presidential inaugurals and a host of other major events.

When I tell people in this business I’m an accounting major, they kind of look at me [with surprise]. … When I got to Lehigh, you had to pick a major. I was good in math, and I figured as an accountant you can always get a job.

I was at a fraternity, Delta Tau Delta, and honestly, some of my best friends still to this day are from my fraternity.

My first job after Lehigh was a finance position at ABC News “20/20,” filling in for a woman on maternity leave. That led to other positions at ABC News, the last one in special events, which handles space shuttle launches, remotes from the Oval office, things like that … . But it was always a finance job; I was not a producer.

Three years into being at ABC, a job opened up at Radio City Music Hall [in] special events production. So I went for the job. I got the job. In those days Radio City produced events outside the building—parades, opening ceremonies. … So all of a sudden I was producing events, and I have never done one in my life. But it just shows you the circuitous route I took with an accounting degree, and the accounting degree got me from here to there to there.

You’re going to say ‘no’ to a lot of people in this business. ‘No, we can’t afford that. No, I don’t like that song.’ … Giving an answer ‘no’ is better than no answer at all, because the worst thing in our business, probably every business, is not getting an answer. You can’t be shy about just giving an answer and standing behind your convictions.

[Live TV is] like an adrenaline rush—just the immediacy of it and the fact that you did it and it’s over.

It’s really important to have a business background in any business you’re in, even the entertainment industry. I have line producers who work for me, and I can read a budget. I can read a cost report. I can read a general ledger. … The best part is, I get to be creative at the same time.

If anyone in this business thinks they do this alone, they’re [mistaken], because we rely at the Super Bowl on thousands of people; at the Tony Awards on hundreds of people; at any show, hundreds of people. And if one of them fails, the show is hurt. But on the flip side of that, if something goes wrong and you have really strong people, you’ll be OK.

I can tell you, every show I left, five things we did wrong. … But you need to just keep going. You throw an interception? You’ve got to go back out there and throw another deep bomb. If you feel like something went wrong, you still need to keep your cool and keep moving forward.

You don’t ever know where life’s going to lead you. … I think sometimes you get too caught up in, what’s your major, what’s your GPA? I’ve got to tell you, if you go around this office right now, I couldn’t tell you what anyone’s major is or what anyone’s GPA is or if they did well in school. All I know is that they’re really good at what they do now.