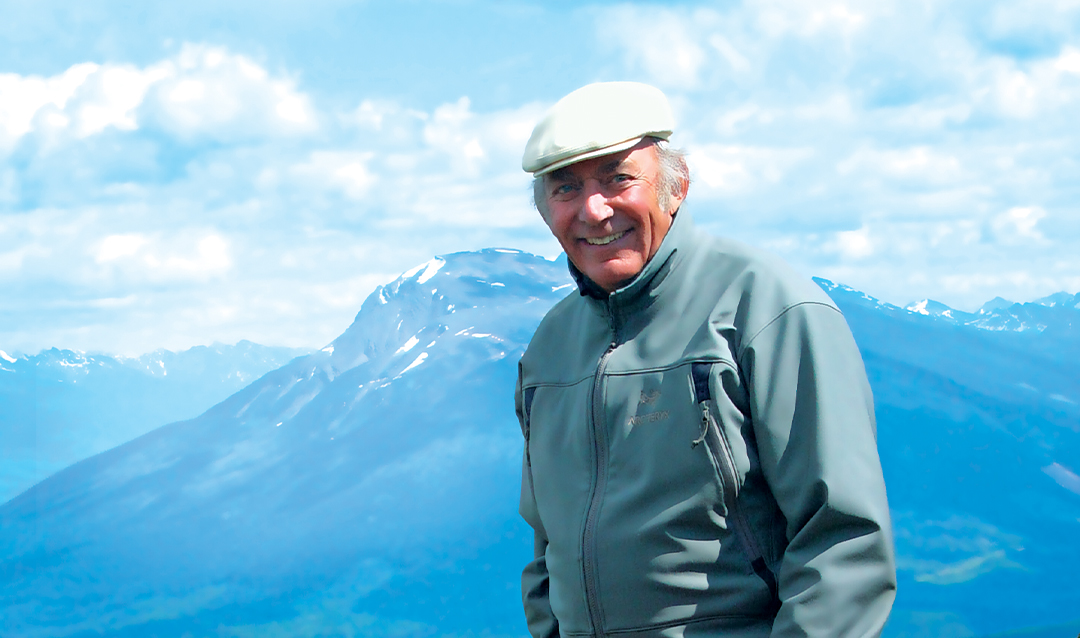 Arthur Tauck Jr. '53 '79P has made travelling the world his life's work.

Ask Arthur C. Tauck Jr. ’53 ’79P to name his favorite destination, and he says, “It doesn’t matter where you go. Your time is more dependent upon the people around you. And so, whenever you take a trip, and you meet nice people, and you have good weather, that’s my best trip.”

He contemplates this for a moment, and adds, “However, if you’d like to know the place that I would go back to alone and sit down and meditate on a rock, it would be in the high altitude near the glaciers of the Canadian Rockies.”

Tauck, an innovator and philanthropist, built his life’s work on traveling the world.

He was just 27 when his father handed him the keys to the motor coach company he had founded in 1925, Tauck Tours. Over the next several decades, Tauck transformed the company into a world-renowned tour operator, Tauck World Discovery, based in Connecticut.

Tauck is credited with many innovations in the travel industry—chartered air and motorcoach tour packages, helicopter sightseeing in Hawaii, heli-hiking in which helicopters transport hikers to remote places and the “Yellow Roads of Europe” series that takes tourists along back roads less traveled.

“The thing I enjoyed the most about the industry is just meeting people from around the world and having a relationship with them and dealing with them, doing business with them,” Tauck says. “You have to be very conscious of the differences from one culture to another culture. And I find that as fun, rather than business. I enjoy being with people.” 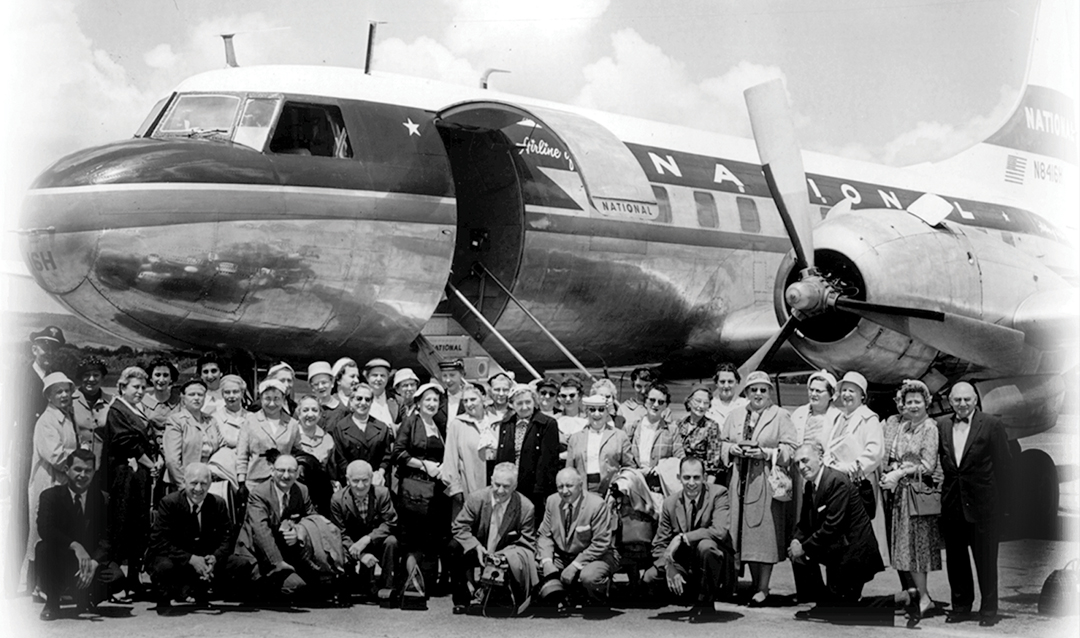 First Air Charter for Leisure Travel, 1958. Although less than 5% of Americans had yet to fly, Arthur Tauck Jr. saw the future was air travel and successfully fought the airline industry and the Civil Aeronautics Board for the right to charter airplanes. (Arthur Jr. and Sr. far right, front row.)

Tauck studied marketing at Lehigh, played lacrosse and served as president, treasurer and house manager of the Delta Upsilon fraternity. He was also a member of the sophomore and junior class cabinets. His Lehigh class now regularly breaks the record for the number of attendees at the university’s reunion celebrations.

Though Tauck says he once briefly entertained going to work for a large laundry company in Rhode Island, the travel business was a constant in his life. His father ran motorcoach tours out of their home in South Orange, N.J., that took the travelers from New York to New England. His father drove the tour bus. His mother took the bookings over the phone.

At Lehigh, Tauck took a transportation course that required a paper on railroad loading tariffs. With the family’s travel business involved in a case before the Interstate Commerce Commission, he got his professor’s permission to research and write about that instead. During the summers, Tauck escorted group tours to New England.

We're really in the business to make dreams come true for people.... it's true. That's one of the most satisfying things a person can have in life.

After graduation, Tauck enlisted in the Air Force and spent two-and-a-half years stationed in Germany. He returned to the family business as a tour operator.

Shortly before his father retired, the young Tauck came up with the idea of chartering weekly tourist flights to Nova Scotia—then a novel idea because the only way to get to Nova Scotia was by car and only a small percentage of the American public was traveling by plane. Later, given the lure of the Canadian Rockies, Tauck sought to link air travel to the Canadian West, then only accessible by railroad. Hotel managers scoffed initially, but he persisted.

Tauck likes a challenge. He chuckles as he recalls a writer for the travel company who once told him that when things go sour, “this is when you come alive.” Tauck doesn’t disagree. “The rest of the time you’re running a business, you’re doing the same thing every day,” he says. “So challenges can be fun—provided you can solve them.”

“Most challenges, you have some idea of where you’re going and what you have to do,” he says. “Nobody knows where we’re going with COVID. Not a soul in the travel industry can tell you when we’re going to be back to normal.” 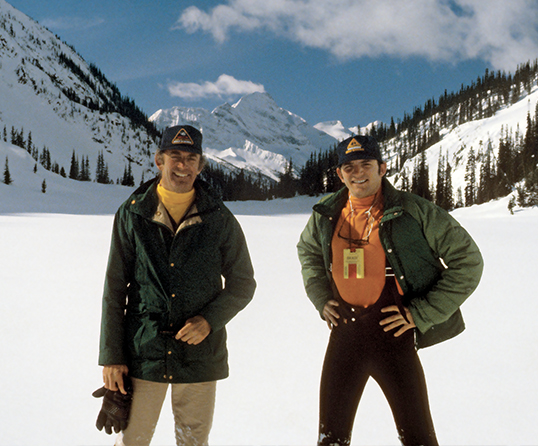 Arthur and son Peter Tauck when Peter was a tour guide in the Canadian Rockies.

Tauck retains the title of board chairman at the company, but he passed ownership to his children and grandchildren. The day-to-day operations are run by his son-in-law, Dan Mahar.

As the company thrived, Tauck pursued philanthropic interests. The Tauck Family Foundation invests in organizations and initiatives to help equip children in Bridgeport, Conn., with the skills to thrive academically and in life.

At Lehigh, Tauck is a generous supporter of the new College of Business building. His generosity also founded an endowed scholarship, a Chair in International Marketing and Logistics and the Tauck Scholars Program, which allows rising seniors in the College of Business to complete an international summer internship. In the past 25 years, Tauck scholarships have been awarded to more than 100 Lehigh Business students who participated in internships and educational programs in 18 countries.

“I was in the travel business and I was traveling to international destinations,” says Tauck, remembering early discussions with the College of Business to establish the program. “And I just thought for young students, the opportunity to almost push them to get away and live on their own in a strange environment—maybe you have to learn a little bit about a language and get off an airplane and find yourself a place to live—is quite a learning experience apart from the academics.” 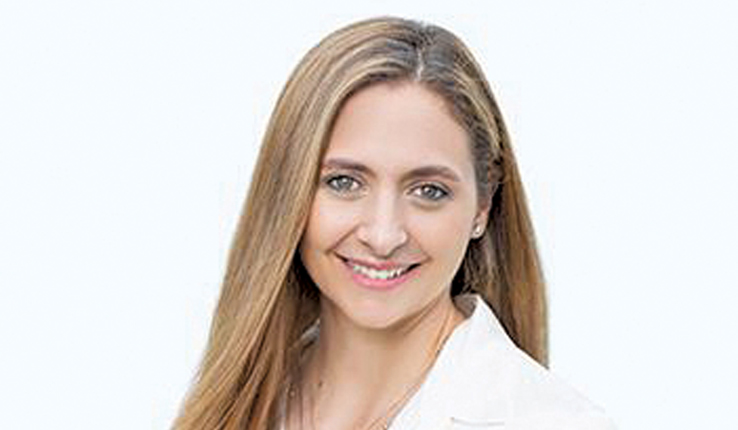