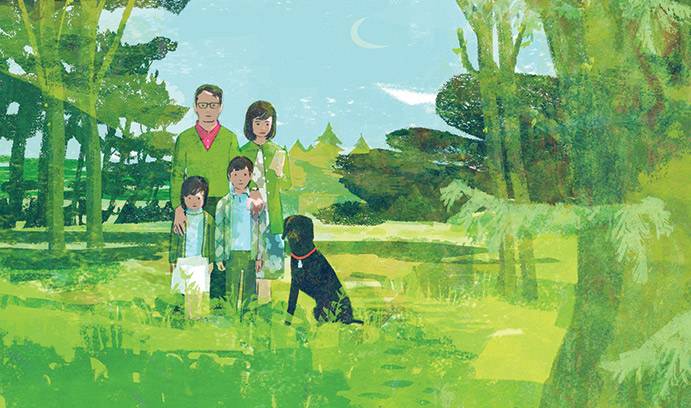 France rang in 2017 with some new labor laws, including the "right to disconnect."

Companies in France with more than 50 employees must now determine the hours—typically evenings and weekends—when employees are not permitted to send or respond to emails, giving French citizens the legal right to ignore work emails outside of typical working hours. This right could help improve French employees' emotional health and work-family balance, according to research by Liuba Belkin, associate professor of management.

In a study she co-authored with William Becker of Virginia Tech and Samantha A. Conroy of Colorado State University, Belkin found that the organizational expectation for employees "to be available during non-work hours has a powerful influence on employee depletion due to the inability to detach from work." In other words, if an employer expects after-hours availability via email, the employee is more susceptible to "burnout."

The paper, titled "Exhausted, but Unable to Disconnect: The Impact of Email-related Organizational Expectations on Work-Family Balance," details the findings of a survey the team administered to 297 working adults. Participants answered questions related to organizational expectations regarding off-hour emailing. The team then performed a complex analysis using structural equation modeling, controlling for all demographic variables. The time-separated data revealed that "organizational expectations are positively related to the time spent after hours on work-related emails, low work detachment and employee emotional exhaustion that, together, hinder work-family balance."

"We measured how many hours per week [employees] actually spend on email after hours and we found it was an average of eight hours a week—another working day," says Belkin. "So people technically work six days a week or more. They just don't notice."

It is not, however, the actual amount of time spent on email that causes stress, says Belkin; rather, it's how much time employees think they're supposed to spend. So even if employees avoid checking their email after hours, the belief that they are expected to do so does not allow them to detach from work, which leads to higher levels of emotional exhaustion, regardless of the actual time spent on work emails after-hours. These perceptions might stem not only from organizational policies, but also inadvertently from observed managerial behaviors (such as sending an after-hours email without specifically stating that immediate response is not required) or from self-comparison to colleagues who consistently work after hours and "force people to actually spend more time on work," says Belkin. "That's why they feel exhausted, regardless of whether these are official or informal norms in an organization."

Fifty-five percent of study participants reported difficulty detaching from work and only 8 percent reported having no problem doing so. Belkin and her colleagues also found that high-segmenters, those who prefer to separate work from non-work related activities, are more damaged by high expectations of after-hours email than low-segmenters, who are more flexible in their work schedules. But "even low-segmenters feel exhausted. So at the end of the day it gets to everyone," says Belkin.

Belkin and her colleagues are conducting a follow-up study to examine the impact of both formal and informal norms on work-family balance.

In the initial study, 65 percent of participants believed their company had high expectations to monitor after-hours work emails. The follow-up study uses three separate surveys to measure employee perceptions, actual company expectations and the observations of significant others. Managers are told that an anonymous employee will be completing the survey and are asked to provide their formal expectations for after-hours email as an objective measure. The team has also added measurements in terms of emotional strain to more precisely measure work-family balance.

The follow-up survey was inspired by personal feedback Belkin received following the extensive media coverage of the team's initial work. A number of individuals wrote about the effects of work-email exhaustion they have observed in their significant others.

"[Significant others were] saying how they're also affected by it," says Belkin. "If we talk about work-family balance, we should look at the other side, too."

This story appears as "Exhausted by Email" in the 2017 Lehigh Research Review.

Belkin, whose doctoral dissertation focused on how emotions are transferred over email, also examines how different positive emotional expressions affect the behavior of others in negotiations.

Along with Tony Kong, assistant professor of management at the University of Houston, Belkin is exploring in particular the impact of gratitude. She and Kong have found that people can reap relational and economic benefits by expressing gratitude to others in a negotiation. Expressions of gratitude (as opposed to neutral or angry expressions) increase perceptions of the expresser’s benevolence and motivate negotiation partners to be more prosocial, sharing more and increasing willingness to continue the relationship with the emotion expresser.

“[Gratitude] is the emotion that evokes prosocial motivation in self and others and willingness to help,” says Belkin. “We hope to find something interesting and really useful to society, too, in terms of making things a tiny bit better.”