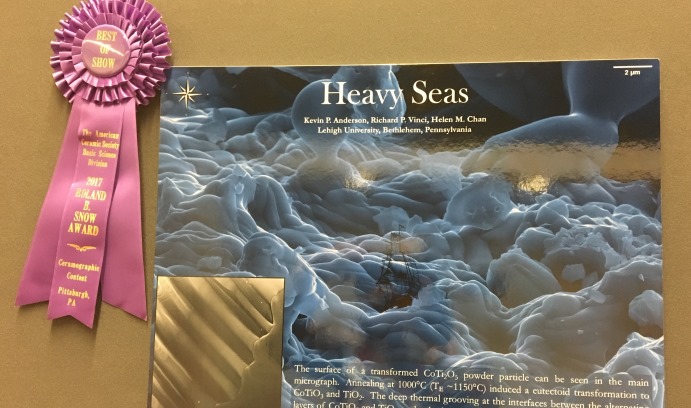 Anderson titled his prize-winning poster “Heavy Seas” because the thermal grooving at the interfaces of two compounds “evoked the image of turbulent seawaters.” (Photo courtesy of MS&E department)

Students and faculty in the department of materials science and engineering won a number of awards recently at MS&T17 (Materials Science and Technology 2017), an annual conference organized by four of the world’s leading materials science societies.

Kevin Anderson, a Ph.D. candidate, received the 2017 Roland B. Snow Award for “Best of Show” in the American Ceramic Society’s (ACerS) Ceramographic Exhibit and Competition, which promotes the use of microscopy and microanalysis in the scientific investigation of ceramic materials.

Using scanning electron microscopy (SEM), Anderson examined the transformation of a cobalt-titania compound brought about by high-temperature annealing. The deep thermal grooving at the interfaces of two resulting compounds, he wrote on the poster, “evoked the image of turbulent seawaters.”

The annual MS&T conference is one of the most comprehensive forums for materials science and engineering technologies. In addition to ACerS, the event is organized by the Association for Iron and Steel Technology (AIST); ASM International; and The Minerals, Metals and Materials Society (TMS). 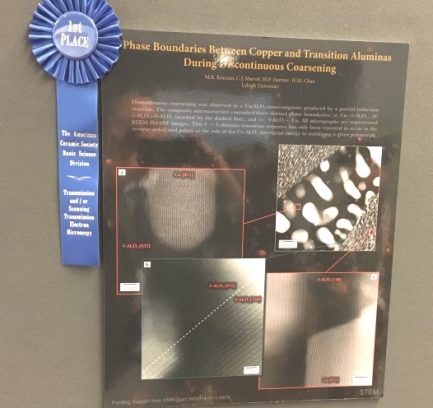 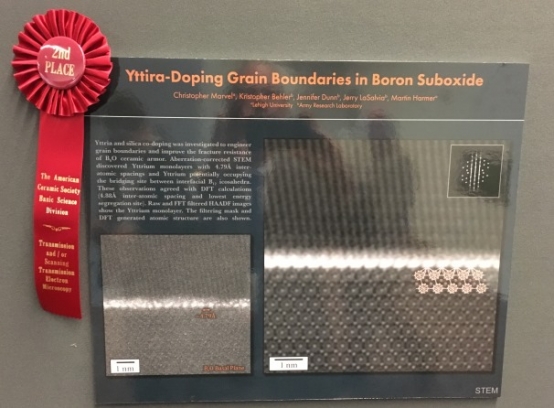