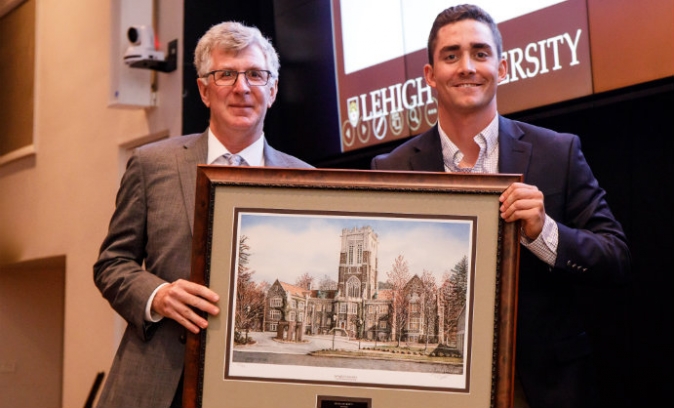 Members of the Lehigh community gathered in early May to honor more than 50 students for their contributions to student life at the annual Student Life Leadership Awards. The students, friends and family members attended the late afternoon event in Packard Auditorium, as well as a reception afterward in the Asa Packer Dining Room.

The event was presided over by Dean of Students Katherine Lavinder, who said that she continues to be impressed by the students with remarkable “dedication, passion, poise and maturity.” First-year students come in with typical concerns about their new Lehigh experience, she said, but leave as exceptional, confident and accomplished graduates.

Lavinder said she speaks “for all of us in Student Affairs in saying that we are incredibly honored to be part of that transformational process. We are very proud of these young students and what they’ve become.”

On hand for the ceremony were President John Simon and Provost Pat Farrell, who presented the University Service Award and the Bosey Reiter Leadership Cup, respectively.

“As you can clearly see,” Simon said, “Lehigh has been blessed with extraordinary students who care deeply about the institution and our campus culture. In addition to thriving academically, these students found the time and energy to devote their skills to nurturing dialogue, creating a more welcoming environment for all students, developing engaging programming, encouraging activism on important social issues, and stepping up in leadership roles.”

Attending his first ceremony in his role as vice provost for Student Affairs, Ric Hall presented the Contribution to Student Life Award, which recognizes Lehigh underclassmen who have significantly contributed to the improvement of the quality of student life during their time at Lehigh.  (See recipients listed below).

Outstanding Educational Programming Award
The Be Your Own program

Student Club/Organization Advisor of the Year Award
Dr. Emory Zimmers, advisor for the Lehigh National Society of Leadership and Success 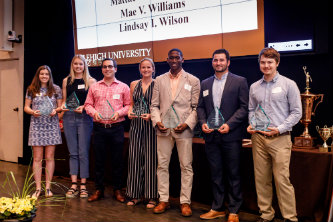 The Allegiance Award was presented to students whose inspiration, charisma, knowledge and insight contributed to their strong leadership. 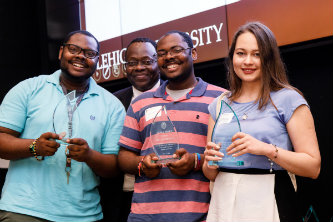 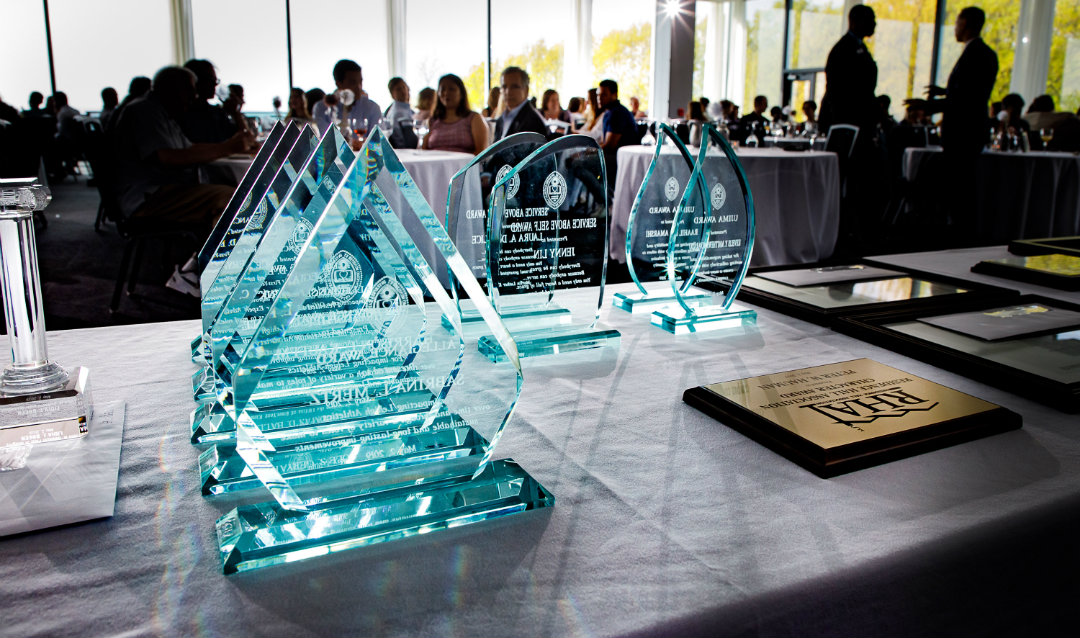 The Student Life Leadership Awards noted the accomplishments of more than 50 students.