While some people may choose to seek help for their mental illnesses, others can be substantially influenced by family and friends or coerced into care by court order. Understanding the variations through which people enter mental health care—by choice or coercion—will enable health care providers to remove barriers to care and ensure that people who need treatment receive it, according to Sirry Alang, an assistant professor of sociology and anthropology at Lehigh.

A new study, led by Alang, finds that people who independently seek mental health care are more likely to rate their treatment as effective, compared to people ordered into care.

“Pathways to Mental Health Services and Perceptions about the Effectiveness of Treatment” used data from the 2010-2014 National Survey on Drug Use and Health to investigate whether the path to mental health care is associated with how one perceives the care. Donna D. McAlpine of the University of Minnesota co-authored the study.

Coercion into mental health care occurs when individuals are required to get care outside of their own agency. Two types of coercion may occur: informal or formal.

Patients who are pressured by family members (informal coercion) or pressed into care by court orders for commitment (formal coercion) are both entering mental health care outside of their own volition and, according to the study published in Society and Mental Health, it affects whether the patient believes the treatment was effective.

Alang notes that how someone enters mental health care is not a random process, nor is it primarily driven by clinical status. She says, “social characteristics associated with social status shape whether one chooses to receive care, was pressured by others, or was ordered into care.”

“A piece of this research finds that blacks are 86 percent more likely to be ordered into mental health care than whites,” she says. In addition, the findings showed that blacks had 21 percent lower odds of rating treatment as effective.

“This matters because people who subjectively believe that treatment is effective experience quicker recovery from mental illness,” she notes.

Alang writes, “our finding that whites, persons with a college degree, and persons who were employed were less likely to enter into care as a result of an order suggests that pathways into care might reflect positions within the social hierarchy.”

Patients ordered into mental health care are more likely to be African American and Latino, and those who reported being ordered into care also had greater socioeconomic disadvantages, including lower educational attainment and high unemployment rates, than persons who entered into care independently.

Alang and her colleagues also find that persons who independently sought mental health care were more likely to rate treatment as effective compared to persons ordered into care.

According to the study, for those whose mental illness was severe, the odds of rating treatment as effective was highest if they were asked by others to seek care and lowest if they sought care because they were ordered to.

Alang and her co-author suggest implementing programs that promote self-entry into care as empowering is important.

“This is particularly relevant for blacks, Latinos, young persons between 18 and 34, and persons without a high school education who are disproportionately coerced into care,” they write.

She further explains that understanding how people come to seek care will enable health care providers to remove barriers to care and to ensure that people who need treatment receive it in a timely fashion. 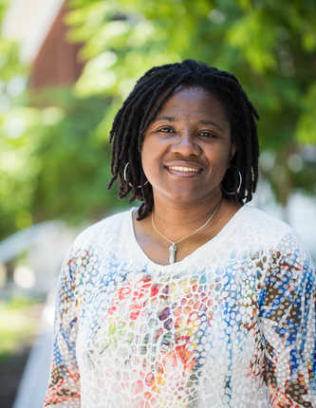 Sirry Alang, an assistant professor of sociology and anthropology at Lehigh