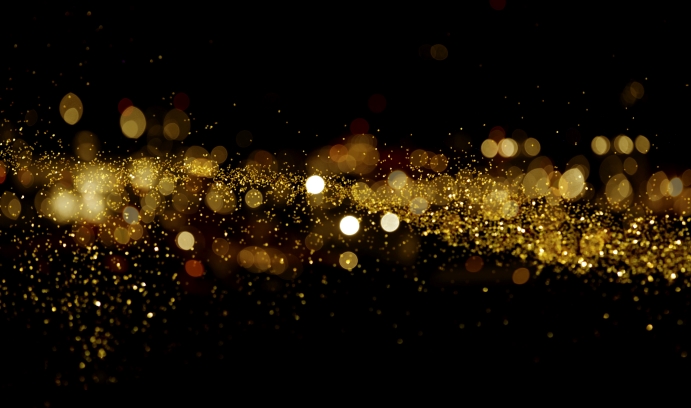 Gold’s glitter may have inspired poets and triggered wars, but its catalytic prowess has helped make chemical reactions greener and more efficient. (Image courtesy of iStock/sbayram)

Christopher J. Kiely calls the 1982 discovery by Masatake Haruta that gold (Au) possessed a high level of catalytic activity for carbon monoxide (CO) oxidation when deposited on a metal-oxide “a remarkable turn of events in nanotechnology”—remarkable because gold had long been assumed to be inert for catalysis.

Haruta showed that gold dispersed on iron oxide effectively catalyzed the conversion of harmful carbon monoxide into more benign carbon dioxide (CO2) at room temperatures—a reaction that is critical for the construction of fire fighters’ breathing masks and for removal of CO from hydrogen feeds for fuel cells. In fact, today gold catalysts are being exploited in a major way for the greening of many important reactions in the chemical industry, because they can lead to cleaner, more efficient reactions with fewer by-products.

Haruta and Graham J. Hutchings, who co-discovered the use of gold as a catalyst for different reactions, are noted as Thompson Reuters Citation Laureates and appear annually on the ScienceWatch Nobel Prize prediction list. Their pioneering work opened up a new area of scientific inquiry and kicked off a decades-long debate about which type of supported gold species are most effective for the CO oxidation reaction.

In 2008, using electron microscopy technology that was not yet available in the 1980s and ’90 s, Hutchings, the director of the Cardiff Catalysis Institute at Cardiff University worked with Kiely, the Harold B. Chambers Senior Professor Materials Science and Engineering at Lehigh, examined the structure of supported gold at the nanoscale. One nanometer (nm) is equal to one one-billionth of a meter or about the diameter of five atoms.

Using what was then a rare piece of equipment—Lehigh’s aberration-corrected JEOL 2200 FS scanning transmission electron microscope (STEM)—the team identified the co-existence of three distinct gold species: facetted nanoparticles larger than one nanometer in size, sub-clusters containing less than 20 atoms and individual gold atoms strewn over the support. Because only the larger gold nanoparticles had previously been detected, this created debate as to which of these species were responsible for the good catalytic behavior.

Haruta, professor of applied chemistry at Tokyo Metropolitan University, Hutchings and Kiely have been working collaboratively on this problem over recent years and are now the first to demonstrate conclusively that it is not the particles or the individual atoms or the clusters which are solely responsible for the catalysis—but that they all contribute to different degrees. Their results have been published in an article in Nature Communications titled: “Population and hierarchy of active species in gold iron oxide catalysts for carbon monoxide oxidation.”

“All of the species tend to co-exist in conventionally prepared catalysts and show some level of activity,” says Kiely. “They all do something—but some less efficiently than others.”

Their research revealed the sub-nanometer clusters and 1-3nm nanoparticles to be the most efficient for catalyzing this CO oxidation reaction, while larger particles were less so and the atoms even less.  Nevertheless, Kiely cautions, all the species present need to be considered to fully explain the overall measured activity of the catalyst.

Among the team’s other key findings: the measured activity of gold on iron oxide catalysts is exquisitely dependent on exactly how the material is prepared. Very small changes in synthesis parameters  influence the relative proportion and spatial distribution of these various Au species on the support material and thus have a big impact on its overall catalytic performance.

Building on their earlier work (published in a 2008 Science article), the team sought to find a robust way to quantitatively analyze the relative population distributions of nanoparticles of various sizes, sub-nm clusters and highly dispersed atoms in a given gold on iron oxide sample. By correlating this information with catalytic performance measurements, they then hoped to determine which species distribution would be optimal to produce the most efficient catalyst, in order to utilize the precious gold component in the most cost effective way.

Ultimately, it was a catalyst synthesis problem the team faced that offered them a golden opportunity to do just that.

During the collaboration, Haruta’s and Hutchings’ teams each prepared gold on iron oxide samples in their home labs in Tokyo and Cardiff. Even though both groups nominally utilized the same ‘co-precipitation’ synthesis method, it turned out that a final heat treatment step was beneficial to the catalytic performance for one set of materials but detrimental to the other. This observation provided a fascinating scientific conundrum that detailed electron microscopy studies performed by Qian He, one of Kiely’s PhD students at the time, was key to solving. Qian He is now a University Research Fellow at Cardiff University leading their electron microscopy effort.

“In the end, there were subtle differences in the order and speed in which each group added in their ingredients while preparing the material,” explains He. “When examined under the electron microscope, it was clear that the two slightly different methods produced quite different distributions of particles, clusters and dispersed atoms on the support.”

“Very small variations in the preparation route or thermal history of the sample can alter the relative balance of supported gold nanoparticles-to-clusters-to-atoms in the material and this manifests itself in the measured catalytic activity,” adds Kiely.

Now that the team has identified the catalytic activity hierarchy associated with these supported gold species, the next step, says Kiely, will be to modify the synthesis method to positively influence that distribution to optimize the catalyst performance while making the most efficient use of the precious gold metal content.

“As a next stage to this study we would like to be able to observe gold on iron oxide materials in-situ within the electron microscope while the reaction is happening,” says Kiely.

Once again, it is next generation microscopy facilities that may hold the key to fulfilling gold’s promise as a pivotal player in green technology. 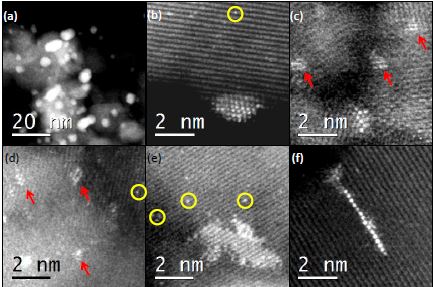