The deputy provost for faculty affairs is an internationally recognized scholar.

Internationally recognized scholar and current Deputy Provost for Faculty Affairs Robert A. Flowers II was named the next Herbert J. and Ann L. Siegel Dean of the College of Arts and Sciences. He will officially assume this role on November 1st, succeeding Diane Hyland, senior associate dean for faculty and staff and professor of psychology, who served in an interim capacity for the past several months. 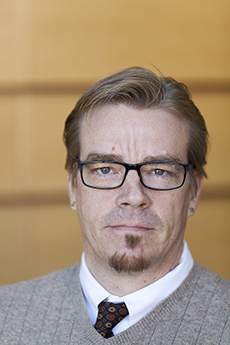 Pat Farrell, Lehigh provost and vice president for academic affairs, said that Flowers has a great deal of experience working on behalf of faculty across Lehigh and brings a well-informed perspective on both academic and administrative issues.

“Bob brings a unique perspective on this role, well-informed by his work in the provost’s office and his years of teaching and research in the College of Arts and Sciences,” Farrell said. “He has an appreciation for Lehigh’s past and for an expansive plan for the future, and we know he will serve both the college and the university well as we continue to move forward. Recently, Bob’s involvement with the new College of Health was instrumental as Lehigh recruited the college’s inaugural dean and laid the groundwork for the academic and administrative infrastructure of the new college.”

Farrell thanked the members of the search committee for their role in helping to identify the right individual to lead the College forward at such a time of growth and momentum for Lehigh.

Flowers said that this is an exciting time at Lehigh and that he has “personally benefited from the growing intellectual atmosphere on campus that resulted from the hard work of colleagues in the college.” The CAS, he said, is on “a great trajectory and I believe we are poised to make further strides in national and international recognition. As dean, I will work hard to provide a supportive and inclusive environment to enable excellence in scholarly activity and teaching and facilitate the efforts of colleagues to achieve a shared vision of the college and university.”

Flowers served as chair of the chemistry department from 2003, when he joined the Lehigh faculty, until 2015. In 2016, he was named deputy provost for faculty affairs at Lehigh, and officially took on that role in January 2017. In that role, he supported the provost and vice president for academic affairs and was a key representative on important faculty issues including shared governance, tenure and promotion policies, faculty work/life balance, the dual career strategic hiring initiative, career mentoring, and faculty professional development, among others.

Under the direction of the president and provost, he worked in close partnership with the deans and university leadership and served as the key liaison between the Provost’s Office and the university’s faculty and academic committees. During that same period, he served as the co-PI to the second NSF ADVANCE Grant (NSF ADVANCE PLAN IHE), which targeted a level playing field for women associate professors in STEM fields.

His research group is interested in the mechanistic analysis and development of electron transfer reagents in organic synthesis, organometallic chemistry, calorimetric analysis of intermolecular interactions, and applications of back-scattering interferometry in molecular recognition.

Flowers taught both undergraduate and graduate courses at Lehigh. Prior to coming to Lehigh, he taught at the University of Toledo and Texas Tech University. His teaching accomplishments were recognized with the Outstanding Teacher Award at the University of Toledo in 1998 and designation as a Master Teacher in 2000. His research accomplishments were recognized with the Chancellor’s Council Distinguished Research Award at Texas Tech University in 2002.

In 2008, Flowers was awarded the Danser Distinguished Faculty Chair in Chemistry. The distinguished chair is given in honor of excellence in research, teaching and service.

At Lehigh, he received the Eleanor and Joseph F. Libsch Research Award in 2012, the Dean’s Award for Research, Scholarship and Creative Activity in 2016, and the Hillman Award for Excellence in Graduate Advising in 2017.

Flowers earned a B.S. in chemistry from East Stroudsburg University and a Ph.D. in organic chemistry from Lehigh. He is a Fellow of the American Association for the Advancement of Science and the Royal Society of Chemistry.