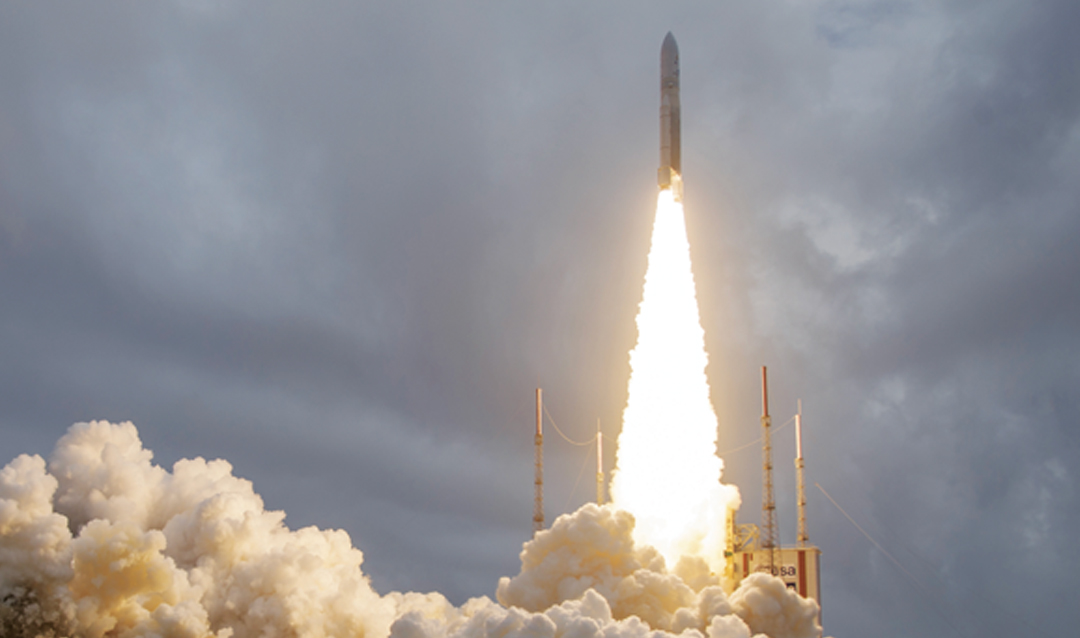 Amid all the bleak pandemic and political news at the start of winter came a bit of cheer—the long-awaited launch of the James Webb Space Telescope from Kourou, French Guiana. I sat with friends as we held our collective breath on Dec. 25 and watched the beginning of the Webb telescope’s million-mile journey into space, knowing that Lehigh alumnus Scott Willoughby ’89 had a central role in the powerful telescope’s design and construction. I wasn’t alone in my interest—the Webb launch was one of the top trending topics on social media that day.

The Webb telescope is a marvel-—much more powerful than its predecessor, the Hubble Space Telescope, and capable of seeing some 14 billion light years away, back to when the first stars and galaxies were forming in the universe. It is expected to take its first images in early June.

I had the privilege of interviewing Willoughby by Zoom in the weeks after the Webb telescope’s launch, which he described in vivid detail. He also reflected on the Webb telescope’s full deployment in space, the complexity of the $10 billion project and what it could mean for humankind. As significant as the Webb telescope is, so too is Willoughby’s personal journey, from a humble upbringing in East Rutherford, N.J., to a course of study in electrical engineering at Lehigh, to a career pinnacle at Northrop Grumman. His four years at Lehigh, he says, “really formed me.”

Willoughby speaks about the importance of an interdisciplinary approach to solving problems and creating something as consequential as the Webb telescope—which brings me to another very significant story in this issue of the Bulletin, the opening of Lehigh’s Health, Science and Technology (HST) building. Writer Christina Tatu takes you inside the HST building and the ongoing research there. Its open-concept labs allow faculty across disciplines to work side-by-side on interdisciplinary projects.

The largest structure Lehigh has ever built, the HST building “quite literally, eliminates barriers to the kind of collaboration we think is critical for advancing research areas that are going to be a focus for Lehigh, for the country and, to some extent, the world,” says Provost Nathan Urban. You can take an in-depth look inside the HST building here.

We hope you enjoy this issue of the Bulletin, where you will also read about Mike Zisman ’70, who says an encounter with chemical and bioengineering Professor William L. Luyben as a student at Lehigh changed his life. Zisman and his wife, Linda Gamble, recently made a $2.5 million gift to endow a faculty chair in Luyben’s honor. Willoughby also remembered electrical engineering Professor Karl H. Norian and the impact Norian  made on him. Were you inspired by a Lehigh professor? Send us your story. 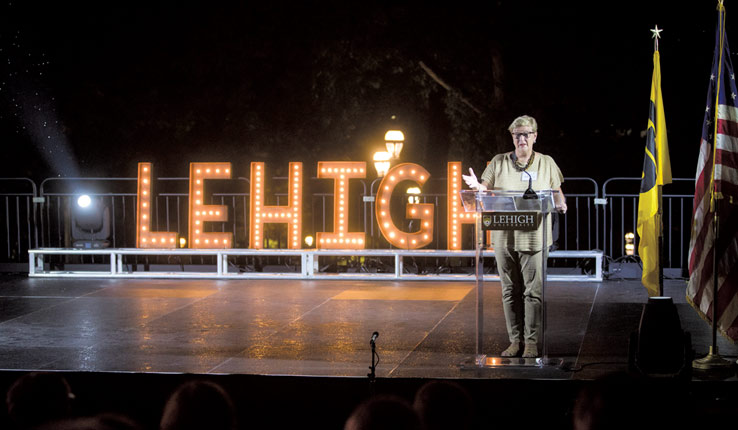