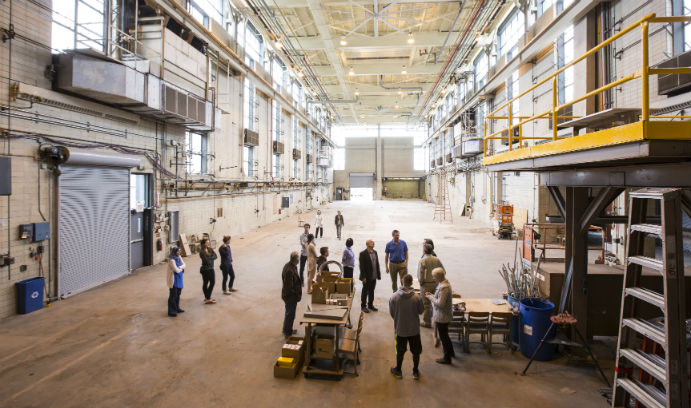 Students, faculty and staff toured Building C at Mountaintop on Friday, May 2.

But the soaring, open space has been greatly transformed since Lehigh University took ownership of the former Bethlehem Steel research facility last summer and began using it to nurture a 21st century learning community.

Now home to the transformative Mountaintop experience, the former industrial facility was open as part of a pre-summer tour and picnic for students, staff and faculty who will be using the space for this year’s series of projects. Tours were conducted by Van Dobson, associate vice president of Facilities Services and Campus Planning, and Don Pasda, associate director of Facilities Services.

The 1960s-era research structure, Dobson and Pasda explained, was once home to massive steel rolling mills, and filled with other outmoded pieces of industrial equipment that were removed last fall. Some of obsolete machinery has already been sent to the administrators of the forthcoming Museum of Industrial History, which is partnering with the Smithsonian to help capture the history of industry in the United States. Crumbling insulation and asbestos were removed. Pits beneath the equipment were drained and refilled with concrete, creating a clean, blank canvas for reimagining and reconfiguring the space.

“The whole area was unbelievably messy last summer, and just cluttered with all kinds of stuff that former Bethlehem Steel employees left behind,” Pasda said. “Some of the areas looked like people just got up from their desks and never came back.”

As Dobson and Pasda walked the tour groups through, they pointed to areas where there will separate work spaces, offices, glass-enclosed rooms, a small kitchen/vending machine area, and even a picnic area in a space that once served as a loading dock.

Newly named interim dean of the P.C. Rossin College of Engineering and Applied Science Dan Lopresti was along for this year’s tour and had the distinction of leading a pilot project in the same space during Mountaintop’s inaugural year. Lopresti said the reconstituted area has the same raw, industrial quality that he saw at Facebook headquarters in Menlo Park, Calif., and Google offices in nearly Mountainview, when he visited Brian Davison, Lehigh associate professor of computer science and engineering, who spent the 2013-14 academic year on sabbatical there.

“It does look more hospitable now,” said Lopresti, who co-partnered with Davison to lead a Summer 2013 project studying and developing “smart spaces.” The project involved hands-on exploration of physical spaces that respond to the presence or behaviors of people within them.

Lopresti said their work will continue this summer with 20 students, with funding coming from several sources.

“We just received a prestigious NSF site REU (Research Experiences for Undergraduates),” he said. “John Splezter and Mooi Choo Chuah are the PI's, and that will support 10 students. And we have another 10 or so students supported from other sources, either individual NSF REU's or university funds. Assistant Professor of Computer Science and Engineering Mike Spear is also supervising a group of students supported by the university Mountaintop initiative.”

The project led by Lopresti and Davison will join 19 projects already confirmed for this summer, which will involve 35 faculty, 82 undergraduate students and 14 graduate students.

This summer, he said, he’ll look forward to seeing the area filled with students, deeply engaged in their projects throughout the days and evenings.

“That’s how we’ll bring life to this space,” Lopresti said. “This sort of highly flexible, collaborative layout of workspaces is reminiscent of what Facebook and Google are doing, and I think Mountaintop is going to look a lot like that.” 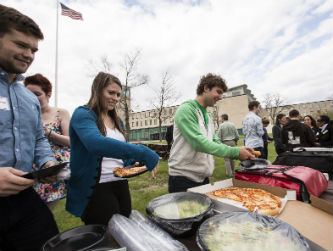 The building tour was followed by a picnic for students and faculty who will be involved in Mountaintop projects this summer. 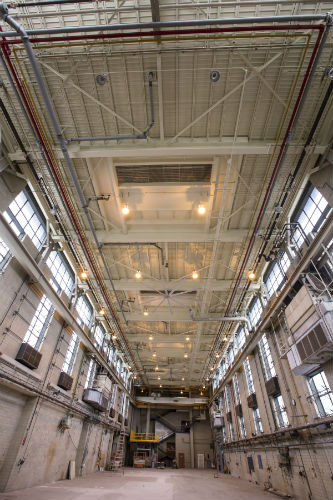