As the author of six novels and many stories, Israel Zarchi made a major impact on the literary life of Palestine in the 1930s and 1940s, but he has been largely forgotten since his death in 1947.

Nitzan Lebovic, assistant professor of history, hopes to give Zarchi his due when Lebovic’s second book, Zionism and Melancholy: The Short Life of Israel Zarchi, is published later this year.

Zarchi was born in Poland in 1909 and moved in 1929 to what is now Israel and was then the British protectorate of Palestine. He advocated a blend of cultural and political Zionism, favoring the return of Jews to their biblical homeland of Israel on a peaceful basis with equality for Zionists and Palestinians. He criticized the treatment of Arabs by Jews and the British.

With funding from the Humanities Center, Lebovic discovered Zarchi’s lost literary archives—letters, diaries and unpublished manuscripts—three years ago in Israel.

“I think Zarchi had a sense of the paradigmatic change—political and economic—that was about to occur. He foresaw the change as clearly or more so than the politicians.

“At the same time, he made a major contribution to the creation of modern literature in Hebrew.” 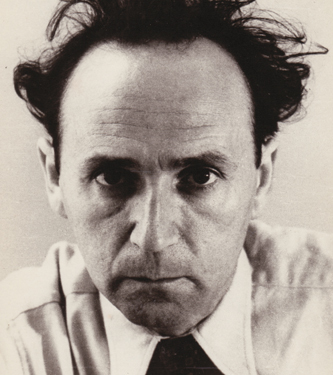