‘On Race and Time’

There are two common ways people describe the passage of time: It flies by, or it stands still.

In reality, time doesn’t stop or speed up. It’s all about perception.

It’s already known that heightened focus on time creates the perception that time is moving slower than it really is. That is why a watched pot never boils, or a lecture seems to drag on when staring at the clock. Arousal is known to have the same effect, which is why cocaine or methamphetamine users report time seeming to slow.

Now, new research led by Gordon Moskowitz, chair of the psychology department at Lehigh, is the first to illustrate that race affects time perception. When people find race arousing, the study showed, this arousal will unknowingly alter how they experience time.

By studying subjects' reactions to black and white faces, Moskowitz and his team of researchers discovered that perception of time slows down when white participants viewed black faces --- but only when participants were fighting to reduce their own biased views for what are called “externally motivated reasons.”

There are at least two reasons people fight being biased. One is because they have a value system that dictates to them that biased thoughts are inappropriate, with an internal “voice” that tells them to strive to be egalitarian. Others pursue such goals because they worry about what others will think. The goal to be unbiased is externally motivated, driven by the fear of appearing to be a biased person in the eyes of others. This type of motivation for one’s egalitarianism creates arousal.

For their study, Moskowitz, along with psychologists Irmak Olcaysoy Okten and Cynthia Gooch, recruited 40 white students (24 women and 16 men) from Lehigh. The participants first completed a survey to measure how much pressure they felt to control their own prejudices.

Several weeks later they showed the students a series of simple shapes on a computer screen for 600 milliseconds, each randomly followed by either a black face, a white face, or another simple shape for periods between 300 and 1,200 milliseconds. Afterwards, the students were asked whether the first object (the simple shape) or the "comparison object"(either the faces or the second shape) had been shown for a longer period of time.

The researchers confirmed their hypothesis: Short amounts of time were mistaken for longer ones when participants viewed black faces, but only for those participants who earlier reported strong motives to want to try to fight to reduce bias. The study, “On Race and Time,” is published in Psychological Science.

Prior research has shown that individuals with such external motivation to control prejudice avoid appearing inappropriate and are threatened by the possibility of being “outed” as being biased. This threat causes stress, arousal, and anxiety when thinking about race and is intensified when cross-group encounters are anticipated. The greater one’s concern with appearing biased, the more stressful, taxing, arousing, and anxiety-provoking relations with members of stereotyped groups become. And because arousal has an impact on time perception, trying to appear unbiased for external reasons induces an implicit bias to their perception of time.

“Ironically, people trying to suppress the appearance of bias are most likely to display this form of implicit bias because their motivation to control prejudice induces race-related arousal,” Moskowitz and his colleagues wrote.

In situations where whites are motivated to treat blacks equally, cross-race relations terminate sooner. Because of the time-slowing effect, it may appear that one has dedicated an appropriate amount of time to the interaction when one has not.

Moskowitz and his colleagues propose that these findings have great implications for cross-race interpersonal interactions, especially those in which in which timing is essential. The most severe are the implications that time perception has in law enforcement. The decision to use lethal force may arrive more quickly if time perception slows, according to the study.

This possibility raises questions about the logic of placing cameras on officers, which could heighten external concerns. When shootings are driven by unintended bias the good intent of introducing cameras might backfire if they heighten an officer's external motivation to control prejudice, according to the study.

The distortion of time perception can also contribute to a feeling of awkwardness, which often accompanies cross-race interactions in doctors’ appointments or job interviews.

Rather than being a result of dislike or discomfort, awkwardness can reflect that the timing is off during an interview. Moskowitz and colleagues point out that the length of a conversational pause may feel longer, or one might feel that they have dedicated enough time to the interview when they have not.

And while other research shows that white doctors spend more time with white patients then black patients, Moskowitz said, the new research raises questions as to whether time slowing may be the cause. A doctor or physician may feel that they have spent ample time with a patient, but because he or she experiences this distortion of time, the medical encounter as a whole, or specific steps and tests, may actually last shorter than it seemed.

Time slowing, the authors write, is a particularly insidious bias because it is unintended, undetected, happens at a low level, and can affect how interactions unfold.

“The bias we illustrate is subtle, but not uncontrollable,” Moskowitz said. Those faced with external motivation to control prejudice should practice lowering concerns about appearing biased and follow their internal rather than external goals to remove the time distortion, he said. 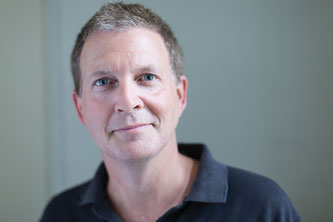 New research led by Gordon Moskowitz, chair of the psychology department at Lehigh, is the first to illustrate that race affects time perception.