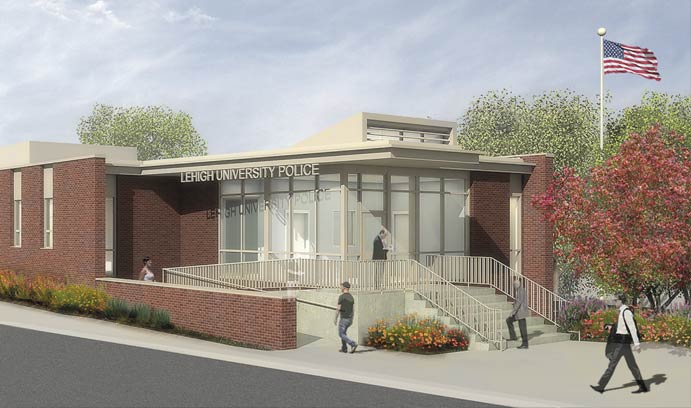 The Lehigh University Police Department will move its headquarters to a state-of-the-art facility rising on the site of the old Windish Hall. The building will put police officers closer to Lehigh’s off-campus community, where a third of students live, while keeping them closely connected to the main campus.

The 12,000-square-foot facility, across from Rauch Business Center on Packer Avenue, is expected to be completed in April. Headquarters are currently on the second floor of Johnson Hall.

“We don’t want to lose the connections with the community that we built with those substations,” Shupp said.

By early November, crews had put in the foundation for the building, designed by Atkin Olshin Schade Architects of Philadelphia.

The building will be fitted with conference and training rooms, evidence and processing areas, interview rooms and an armory. Also, 140 cameras, including “eyes in the sky” in neighborhoods connected to Lehigh, will be tied into the department’s emergency response system.