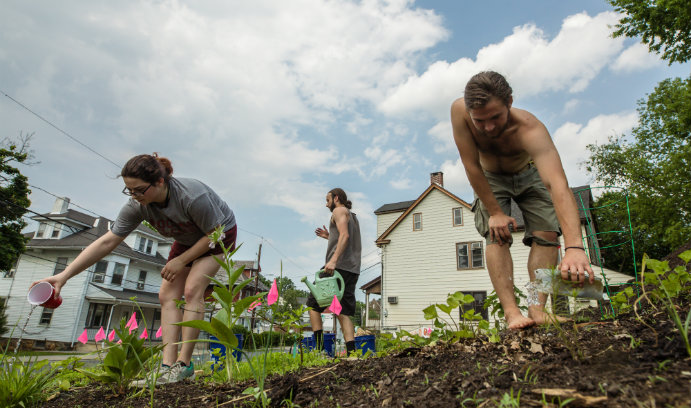 Students who are part of the “Lehigh Permaculture Food Forest” project water their garden next to Eco House in Warren Square D.

On a sunny day in late spring, students who are part of the “Lehigh Permaculture Food Forest” project watered their garden next to Eco House in Warren Square D. Although only the first day of the Mountaintop Summer Experience, the team already envisioned transforming the land into an interactive place filled with plants, a basketball court and a playground where students and community members can relax on hot summer days as they learn about issues regarding the planet.

The initiative is among 20 projects at Mountaintop that got under way May 29 and continues for 10 weeks. Five of the projects continue work that began last summer or academic year.

Andrew Goldman ’19, one of the community coordinators for Eco House, said the Food Forest team wants people to learn more about climate change, malnutrition and community engagement. As part of the team’s project, the students are working on a website that contains information about the types of plants in the garden and ways for others to replicate what the team is doing. The students also want to educate people on how plants help each other grow.

Goldman said the students will continue the garden for as long as possible.

“Mountaintop helps students distinguish themselves with these experiences and the outcomes of [the projects],” said Khanjan Mehta, vice provost for creative inquiry and director for the Mountaintop initiative. “It allows students to help create a portfolio while actually having an impact and doing something they are passionate about.”

Projects range from creating a theatre piece as a vehicle for social justice reform to producing a documentary on the impact of the Sands Casino on the Lehigh Valley, and in particular, south Bethlehem. Innovative projects include the construction of a pop-up parklet and the creation of a highly immersive virtual reality learning environment of the Lehigh River watershed. Other projects include research papers on privacy issues and field work in Sierra Leone.

“Every single one of [the projects] has its own beauty,” Mehta said. “The teams are really diverse and have lots of aspirations and lots of potential impact.”

Mehta said he was looking forward to seeing the outcomes because the projects examine a wide variety of topics and issues that can reach an audience beyond Lehigh. The interdisciplinary teams consist of students of different class years and various levels of experience with at least one faculty member to assist the projects.

“It is not as structured as a classroom,” Melissa Shaw-Patino ’20 said. “There is space for creativity and a lot of flexibility since there’s no syllabus to follow.”

She said the projects are student-driven, but the faculty mentors give them advice along the way. Professors are happy to give students freedom to make the design choices, she said, since they are the ones spending every week day at Mountaintop.

In addition to Lehigh students, three students from the Pratt Institute in New York and one student from Ashoka University in India are participating in Mountaintop. This is the third year of Pratt’s partnership with Lehigh and the second year for Ashoka.

Mehta said the relationships with the other universities allow Mountaintop to include more students who are passionate about what they are doing and who have various skills to make the projects the best they can be.

“We want to bring the best, brightest, smartest people to join the team,” he said. “The different kind of specializations of design offered at Pratt brings students with different skills and mindsets to these teams.”

Larrisa Miller ’20 said the project’s goal is to investigate privacy as a collaborative approach due to the digital age of constant data coming from different sources. The students want to investigate if there is still a concept of privacy and to educate people on the information shared about themselves. Their goal is to publish a research paper but they would also like to make something tangible due to Galuszka’s art background.

Students said they wanted to be part of the Mountaintop initiative not only because of the kinds of projects offered, but to interact with professors and fellow students in a different way than a structured class.

Yeung and Henry Levy ‘20 are part of the “Immersive Virtual Reality Development of the Lehigh Watershed” team. Yeung knew from the beginning of the year that he wanted to get involved in the Mountaintop initiative.

“When the email came out, the idea of virtual reality teaching stuck out to me,” Yeung said. “I wanted to see what goes on behind making it.”

Although Yeung didn’t have experience with programming virtual reality, Levy has worked on game design and tutored throughout high school. He said the watershed project was a perfect fit for him because he can combine his interests while getting practical experience.

“The Low-Cost Diagnostics in Sierra Leone” project, which the team members renamed Ukweli, began in the spring semester with seven students, two of whom are working on the project over the summer. The students are developing an inexpensive test strip to diagnose urinary tract infections and diabetes among people living in developing countries. They hope after they develop these strips, they can make similar ones for other diagnostics. In addition to their research at Mountaintop, they will visit Sierra Leone to learn about the potential impact of their project while interacting with the people there.

If successful, Mehta said the project can change the way diseases and infections are diagnosed around the world.

“Impact within Lehigh is almost secondary,” Mehta said. “It is really beyond learning outcomes and beyond the university.”

Adriana Caceres ’20 began work on the “Lehigh and the Valley: A Symbiotic Future?” project during the 2017-2018 academic year. The goal is to survey Lehigh Valley residents so that Lehigh can get feedback about how the university is perceived in the community, which Caceres said will help develop ideas to improve town-gown relationships.

Shaw-Patino, who is also working on the project, said some of the team’s primary audience is the Bethlehem community.

Students who are part of “Beyond Bars: Redesigning Criminal Justice through Theatre and Social Change” are creating a theatre piece to teach the community about the impact of incarceration. Kalyani Singh ’18G said the topic has been researched and written about before, so her team decided to create something engaging yet educational. The piece will be about those who are incarcerated and those who are impacted, including families and activists.

“They become secondhand citizens not because of what they have done, but [because of] institutional barriers from jobs and housing,” Singh said.

To create their narrative, the students want to work with as many primary sources as they can before they use information from research papers. They set up interviews with people who have been jailed and researchers who have studied the topic extensively. To understand storytelling, the team will talk to Touchstone Theatre.

Although the team, like others, will conduct interviews and read research papers, they want to take what they learn to create something for the public.

Beyond Bars will have a performance Aug. 24 at 7 p.m. at St. Luke’s Lutheran Church in Allentown as part of Allentown Public Theatre’s Voices of Conscience series.

Last summer, access to the other parts of Building C was prohibited due to renovations. There’s ongoing construction, but the teams are able to work in the crescent-shaped area that was completed this past year.

The teams will hold their first press conferences in Building C on June 18, 19 and 20, at which the public can ask questions about the projects’ goals and how the students plan to progress throughout the program.

Mehta said he is excited to learn what the teams will achieve each week and knows that the teams have great potential to make a wide impact. 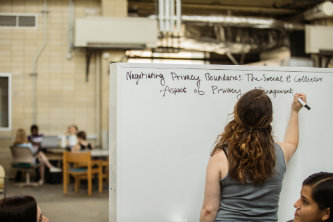 A total of 20 interdisciplinary teams are tackling a wide range of environmental, social and programming projects. 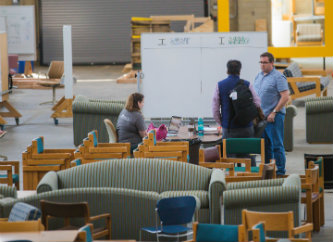 Teams will hold their first press conferences in Building C on June 18, 19 and 20, allowing the public to ask questions about the projects’ goals. 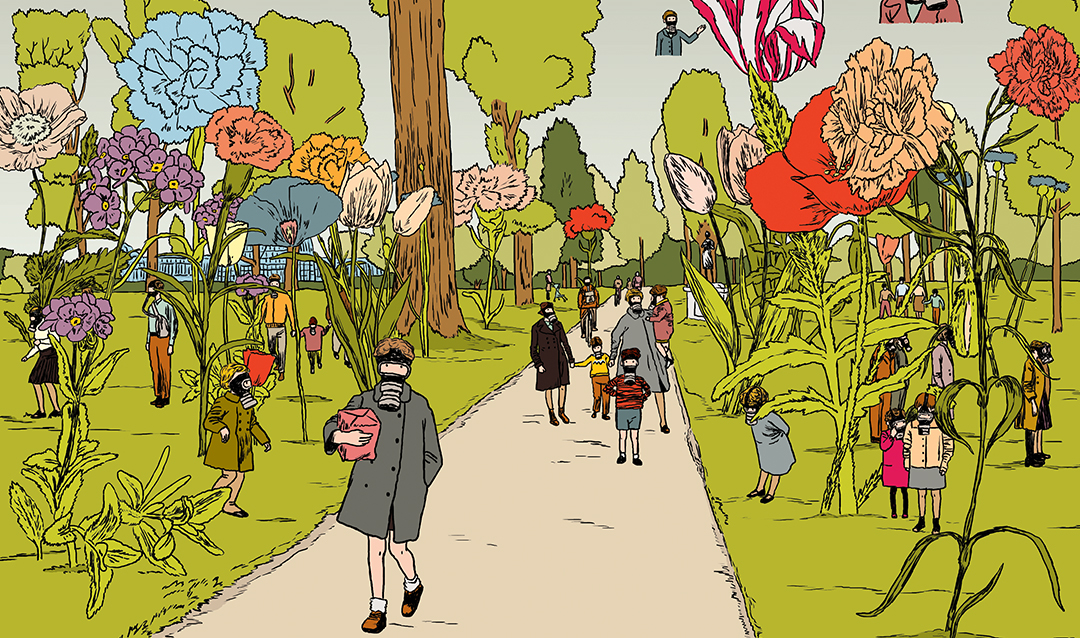 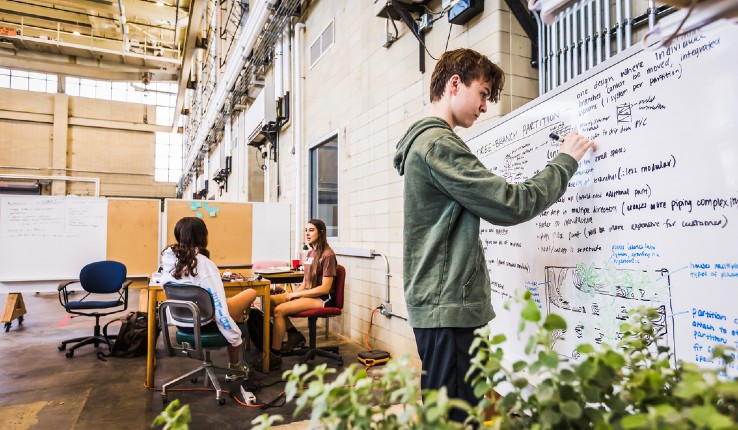 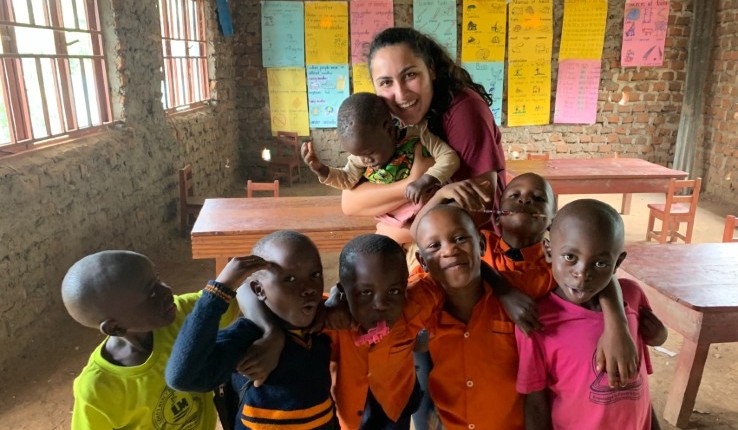 Three teams of  Lehigh students are recognized for their work in starting a tutoring center in Uganda, developing a test for autism in Africa and developing a rapid, affordable test for sickle cell anemia in Africa.