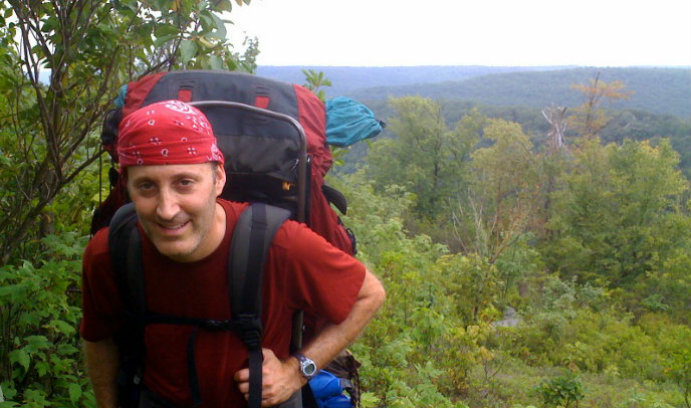 For years, scientists have known that human activities that burn fossil fuels like coal and oil are pumping carbon dioxide (CO2) into the atmosphere much faster than it is removed by natural processes. The concentration of CO2 accumulation in the atmosphere is one of the reasons why average global temperatures have been climbing over the last few decades. A new model developed by Benjamin Felzer examines the full carbon accounting in North America from large-scale land-use changes starting in the 1700s to the present.

Felzer, associate professor of earth and environmental sciences, examined the human and natural disturbances on carbon in the United States since 1700. He looked at the transformation of the land to agriculture—both crop and pasture lands—and timber harvests. He also explored the impact of tropical storms, hurricanes and fire. Felzer modeled these disturbances to determine how these changes affect carbon dynamics as a result of regrowth and decomposition and whether the carbon lost from the inception of major human disturbance has yet been regained.

Ecosystems that are carbon sources release CO2 (by means of respiration and decomposition), while carbon sinks absorb more CO2 (by photosynthesis) than they release. Vegetation, soils and the atmosphere all store carbon, and this carbon moves between them in a continuous cycle. This constant movement of carbon means that forests act as sources or sinks at different times.

"If you go out today and you take measurements of these carbon fluxes in our forests, you'll find the U.S. is a pretty strong sink, and that's because forests are recovering from past disturbances," says Felzer. "The question is, if you go back to when human disturbance started, have we recovered all the carbon lost since the disturbance started? The answer, from a modeling approach, is no. The biggest effect clearly was land-use change."

If a forest fire occurs, fire burns up carbon and carbon dioxide goes up into the atmosphere. Eventually, the forest regrows and will recover the lost carbon. With storms, much of the material stays on the ground, where it will eventually decompose.Over time, things balance.

"But with agriculture, you clear land, grow the product, then get it to market. The conversion to agriculture itself results in the immediate release of CO2 to the atmosphere if the vegetation is burned," he adds. "Timber harvests contribute to carbon dioxide levels in the atmosphere, as some timber is burned off as fuel and some is left to decompose over the span of several years or decades."

Felzer's work suggests that these disturbances have led to a net release of carbon dioxide, even though the United States is a large carbon sink because of regrowth of new forest and removal of material that is no longer present to decompose. The model implies that the large carbon sink is primarily due to forests regrowing from past land use and land cover changes and from fertilized crop lands. Yet, in spite of the current positive carbon sink, the United States has not yet recovered carbon lost since the inception of major human disturbances.

"The data shows we're a fairly strong carbon sink, especially in the forests. But it's not in the mature forests because these forests are pretty carbon neutral or small sinks—they're generally taking in as much as they're giving off—and the data reinforces what we've known: We can only get to be a strong sink if we get the past disturbances and land-use history right."