Starbucks does it. So does Toyota. Hospitals do it, and the U.S. Government is on board, too. What are they doing? They are using big data analytics to determine trends that could drive discovery, opportunity and productivity in almost all facets of life.

This increased use of information technology is driving the demand for skilled professionals who are versed in computer science and data analytics. Lehigh is meeting this demand with the new Data X Initiative, which will provide the opportunity for students to be at the forefront of this technology, no matter what their major is. The multi-year plan includes hiring 18 critical faculty members who specialize in core computing areas and in areas that will allow cross-disciplinary collaboration, especially in the marketing, journalism, and bioengineering programs – areas that are ripe to harness the power of big data.

Lehigh is investing $20 million to hire the six core computing faculty members and is working to raise the additional funding needed to make this important initiative a reality for its students.

Meet Andy Greenawalt ’76G ’04P ’05P and Drew Freed ’83 ’17P, who have been inspired by this endeavor, and learn why they have supported the initiative with leadership gifts.

Maximizing the Impact of Technology

“Data X is generations advanced from the stone ages of information technology,” said Greenawalt, who recalled as a graduate student that computer programming was done on punch cards that were fed into a mainframe computer that took up an entire room in Packard Lab. “Data X is about extending computer science and data analytics technology horizontally into a variety of different fields like marketing, bioengineering and journalism.”

Greenawalt earned his master’s degree in industrial engineering (now industrial and systems engineering [ISE]) and “enjoyed being on the interface of information technology and business” for 25 years in leadership positions at Dell and Air Products.

As a long-time member and current chair of Lehigh’s Engineering Advisory Council, Greenawalt was involved in early discussions of the Data X Initiative and believes that Lehigh can be a leader in extending the use of this technology in virtually all fields.

“There is such a high demand for people who can understand information technology and, more importantly, manage its implementation with others who don’t appreciate its potential reach.”

Crediting Lehigh with giving him the tools to become a well-rounded engineer and leader, Greenawalt was honored by the university in 2015 for his professional achievements and received the ISE Distinguished Alumni Award. Two other members of the family are proud Lehigh graduates as well ­– his wife, Peggy ’79G, earned a master’s degree in reading education from Lehigh, and their son, Danny, earned a bachelor’s degree in industrial engineering in 2004 and a bachelor’s degree in integrated business and engineering in 2005.

In addition to their leadership gift to the Data X Initiative, Andy and Peggy have been long-time supporters of the university with generous gifts to the Dean’s Strategic Initiatives Endowment Fund and the S. David Wu Endowed Scholarship Fund.

Keeping Lehigh in the Forefront

As CEO of technical manufacturing companies throughout his career, Drew Freed ’83 ’17P hires Lehigh graduates because they have the ability to stop, think, assess and determine the best path to follow. So when he became involved in early university planning sessions to expand computer science and data analytics at Lehigh, he supported the program, now called the Data X Initiative, immediately.

“The use of data has changed in the last 10 to 12 years…more than anyone thought. The use of systems and computing in all areas of engineering is only going to increase,” said Freed, who earned his Lehigh bachelor’s degree in metallurgy and materials engineering and is a member of the Engineering Advisory Council. He added that the high demand for computer science courses by Lehigh students, coupled with the external need by industry to maximize big data analysis, is a compelling argument for why “Lehigh needs to stay in the forefront.”

Freed, who is CEO of Micro-Coax, Inc., a manufacturer of electronic microwave transmission devices, sees firsthand that academic experiences that teach processes and discipline are just as important as coursework. He is a big proponent of all students gaining hands-on experiences that translate to the real world. That’s why he and his wife, Sig ’17P, recently provided a leadership gift to the Data X Initiative. They are, he says, “making an investment for the future of Lehigh.”

Being the first person in his family to attend college, Freed said, “When I was a young kid, going to Lehigh was a privilege. It allowed me to do everything that I wanted to do in my career. I want the kids who are there now to have that same opportunity.”

The Freed’s generosity to Lehigh also includes endowing the annual David and Lorraine Freed Undergraduate Research Symposium in honor of his parents and contributing to the S. David Wu Endowed Scholarship Fund. As Lehigh parents to son Russell ’17, a mechanical engineering major, they are also members of the Parents’ Advisory Council. 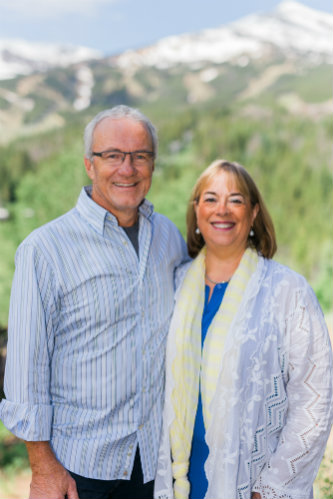 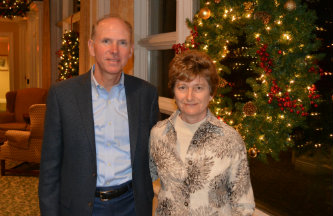