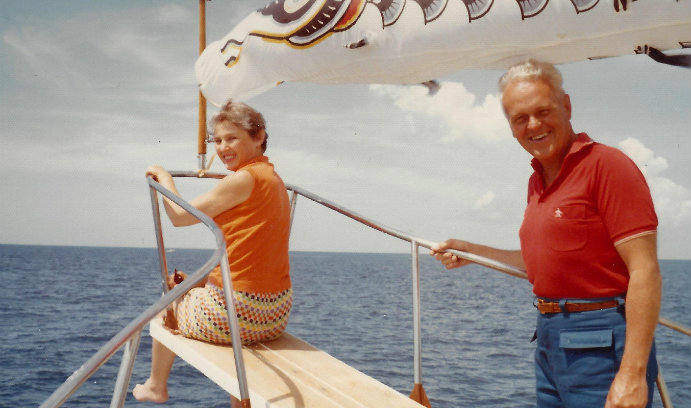 The $6.6 million gift that Marion and George F. Keller ’44 quietly donated to Lehigh in 2017 speaks volumes about the salt-of-the-earth people they were. George loved walking his dog, camping, tinkering with cars and helping his neighbors. Marion was comfortable in a tent, on a sailboat, or at an elegant party and had a passion for wildlife. George and Marion’s marriage was a close bond that lasted 34 years before George’s passing in 1992. Marion passed in 2017. Their gift established the Marion and George Keller ’44 Endowed Scholarship Fund and will have a profound impact on generations of Lehigh students.

“My uncle felt strongly about giving back and loved his college. What he had learned helped shape him and put him on a solid path to the future,” said Peter Krell, George and Marion’s nephew. “Not having children of his own, he wanted to make a gift to Lehigh because his education really helped him in his career and life.”

The Kellers generosity will help ensure that the most talented students will have access to a Lehigh education. Their scholarship fund will help the university fulfill its commitment to provide financial aid to cover 100 percent of any student’s demonstrated financial need.

“Lehigh University selects students who have the talent to succeed, and they should not have to go elsewhere because they can’t afford our education. Scholarships and financial aid are the enablers,” said President John D. Simon ’19P. “We are in deep appreciation to George and Marion Keller for their gift that will provide students with an academic experience that will likely transform their lives.”

The Keller scholarship fund will aid in Lehigh’s newest partnerships with the American Talent Initiative and the Posse Foundation to help bring more talented lower-income and first-generation students to campus. These students will be further supported by Lehigh’s Center for Access and Success program. The program, which complements efforts around financial aid and scholarship, provides services that ensure students thrive and are able to achieve their full potential once they come to campus.

George and Marion lived a peaceful life and were devoted to their three nephews and two nieces. Krell remembers them fondly and with great respect.

“I just adored my Uncle George. He was smart and classy and had such a wonderful, easy-going demeanor about him,” he said.

Krell shared that his uncle joined the Army in 1942 while a Lehigh mechanical engineering student. He was called to active duty in 1944 and left for World War II while still a student to fight in the India-Burma theater. Krell told a story about his uncle befriending a stray mutt in the jungle. The dog took to him instantly and stayed with him throughout the duration of the war. He said his uncle credited the dog for alerting the sleeping camp that Japanese soldiers had “breached the perimeter” and that the dog saved the entire unit. Upon his honorable discharge, George’s rank was a first lieutenant. He returned to Lehigh after his tour and graduated in 1947, but he still considered himself a member of the Class of 1944.

George joined Esso after Lehigh and worked for more than 40 years as a mechanical engineer with the company’s fuel lines division. When he retired in 1988, the company was called Exxon Research and Engineering. Krell said his uncle preferred to do hands-on work and turned down management positions so he could continue designing and improving automobile engine components. When there was an industry-wide effort to design a catalytic converter, his uncle had an instrumental role in making improvements that helped the environment.

“He had a great work ethic and loved to be an engineer,” said Krell.

George felt most comfortable outdoors, especially riding his bicycle and taking daily walks in the Watchung Reservation near his home. He and his wife had a television, but it was only watched for special occasions such as when they “crowded around the TV to watch the first moon landing.”

Krell remembers his Aunt Marion as a fun, athletic and caring person who was very outgoing. She would challenge him and his cousins to run races when they were young. She earned her degree from Douglass College, which is now part of Rutgers University, and worked for 45 years in social services. At the height of her career, she was the supervisor of Child Services in Rockland County, New York. Even after her retirement, she volunteered her time at Children and Family Services and stayed in touch with many of her clients.

“She volunteered well into her 80s,” remembered Krell.

Marion and George often took their nieces and nephews on camping trips. Always eager to experience new things, George would prefer to take side roads so they could view landscapes and visit local Americana sites and small towns. He often stopped at a covered bridge, museum or a special garden to learn about it. One trip was spent camping in Massachusetts during the cranberry bog harvest.

“We learned about the cranberry industry and watched them harvest the cranberries,” said Krell. His cousin, Craig, and their uncle’s favorite dog, Sam, were also on the trip.

Reflecting on the gift his aunt and uncle gave to Lehigh, Krell said, “My uncle was not a high roller. He didn’t have expensive tastes. He was a saver. He was a man who did his job. It was never a question…It was always in the plan to leave a gift to Lehigh.” 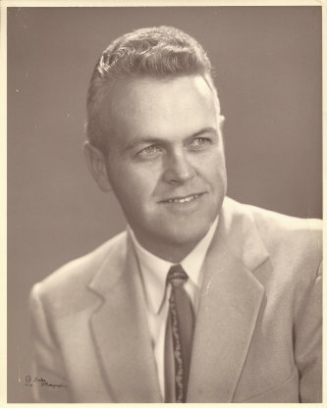 George Keller ’44 earned his bachelor of science degree in mechanical engineering and worked for more than four decades for what is now known as ExxonMobil.

For Scott Willoughby ’89, it's Mission: Possible

Scott Willoughby ’89 helped lead development of the most powerful and complex space telescope ever launched, the James Webb Space Telescope.