Mapping a Millennium of Metaphorical Changes 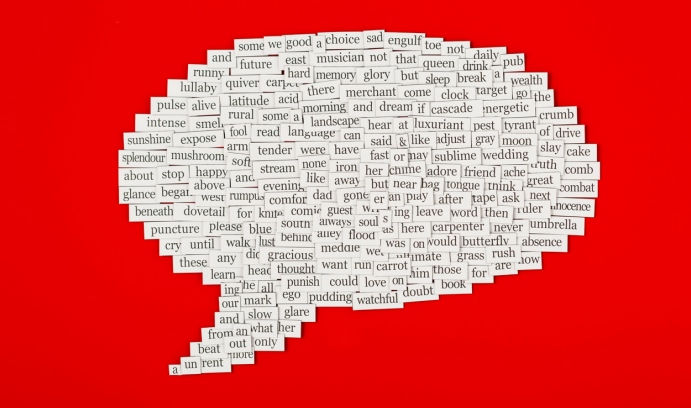 Some of the words in this bubble have acquired metaphorical meanings over the past millennium. Barbara Malt and her colleagues have found that the meanings of words typically evolve in a systematic way. (Image by mrPliskin/iStock)

As language develops over time, its limits have forced us to economize. In the evolution of English, the most common way this is accomplished is through imbuing existing words with multiple meanings.

“New word meanings come about when there’s a need to express something new,” says Barbara C. Malt, professor of psychology and director of Lehigh’s Cognitive Science Program. “For instance, the original meaning of the word ‘grasp’ only described holding something physically. Later, ‘grasp’ also came to mean holding something in a metaphorical sense, such as ‘grasping an idea.’”

Is crossing from one realm of meaning to another a random process? Or does it follow a pattern?

In the first study of its kind, Malt and colleagues at the University of California at Berkeley have found that the evolution of word meanings from one domain to another (called metaphorical mapping) occurs in a systematic, even predictable way.

“We found that a compact set of variables, including externality, embodiment and the degree of emotionality, explains the directionality in the majority of about 5,000 metaphorical mappings recorded in the past 1,100 years,” said Malt.

In other words, over the past millennium, word senses have largely evolved from literal domains to metaphorical domains. Words that originally had only concrete or external meaning have grown to have meaning in the realms of the abstract and internal.

Malt’s group is the first to show that this progression has followed a compact set of psychological and cognitive principles and that the movement across realms can be predicted. The group includes Berkeley researchers Mahesh Srinivasan, a developmental psychologist who studies metaphor, and Yang Xu, a computational linguist who uses big data to uncover patterns in language.

Their findings will be published in a forthcoming issue of Cognitive Psychology in an article titled “Evolution of word meanings through metaphorical mapping: Systematicity over the past millennium.”

Using cognitive psychology, computational and historical linguistics, and big data, the trio determined that the strongest sources of metaphorical word senses have been in the domains of textiles, the supernatural, digestive organs, hardness, softness, ruminants (a category of mammal), cultivated plants, wetness, darkness, and solidity and density.

They also discovered that the most negatively or positively charged emotional realms were the strongest targets (most likely to become metaphors). The most common target domains are excitement, pride, anger, hatred and hostility, bad behavior and conduct, money, literature, fear, and vigorous action and degrees of violence.

“The idea that language moves from describing concrete phenomena to abstract ideas has been around for a few decades,” says Malt. “But, nobody has taken that idea and looked at how word meanings have evolved over time—until now.”

How a word becomes a metaphor

The researchers began with the premise that the original meaning of a word or set of words is related to that which is most immediate, concrete, physically experienced and emotionally neutral.

“The development of language starts with the need to express something immediate about the world,” says Malt, whose work focuses on how word meaning relates to thoughts and how meaning differs across languages.

“Our hypothesis was that word meanings, over time, likely moved away from solely expressing immediate and physically experienced matters toward expressing more complex, abstract and subtle ideas.”

To do this, they studied approximately 5,000 recorded metaphorical mappings derived from the Metaphor Map of English (MME) database which identifies changes in word meanings over more than a millennium. The words in the database are classified by the source domain (the original meaning) and the target domain (the metaphorical meaning).

The team established a set of six variables to describe the domains. The variables—based on previous research into the nature of word meanings—were Concrete to Abstract, Embodied to Disembodied, External to Internal, Animate to Inanimate, Less Valenced to More Valenced (a measure of emotionality from neutral to highly charged), and More Intersubjective to Less Intersubjective (the degree to which people experience something the same way).

To establish an objective rating system, the researchers recruited human participants to rate word domains (such as “light” or “thought”) based on the six variables. Data were collected from 1,439 online survey participants who self-reported as native English speakers. The participants rated 400 domains for concreteness versus abstractness, animacy versus inanimacy, etc.

The team ran a variety of analyses on the data and found it could predict directions in historical mappings above chance. In particular, externality (accuracy = 73.9 percent) and concreteness (73.5 percent) were most accurate. In fact, the researchers found that externality and concreteness were roughly equivalent to one another and play a dominant role in predicting the directionality of historical metaphorical extension. These were followed by intersubjectivity (60.7 percent), valence (59.6 percent), embodiment (56.7 percent), and animacy (52.6 percent).

In other words, one can predict that the external category of “light” is likely to be a source of word meaning and that the more internal category of “thought” is likely to become a metaphor. Thus, over time, a word like “reflect”—which originally had only concrete meaning as way to describe what light does—evolved to also describe the internal experience related to thought, as in “self-reflection.”

Malt and her colleagues report that, in many respects, their findings are surprising.

“Not everyone would have forecast that we would find this level of systematicity and predictability,” adds. “One could certainly see how the evolution of word sense could have come about more randomly, given ever-changing cultural conditions.”

In the paper, the authors state that cultural conditions and communicative needs have indeed shaped metaphorical extension in many cases: “For instance, mouse would never have been extended to a computer accessory if the invention of the computer had not come about, nor would file or folder have been extended from objects held in the hand to virtual ones without specific cultural developments.”

However, they conclude: “Our data demonstrate that, in spite of the effects of complex and dynamic cultural conditions, there is an underlying regularity to the direction of metaphorical sense extension driven by measurable communicative and cognitive principles.”