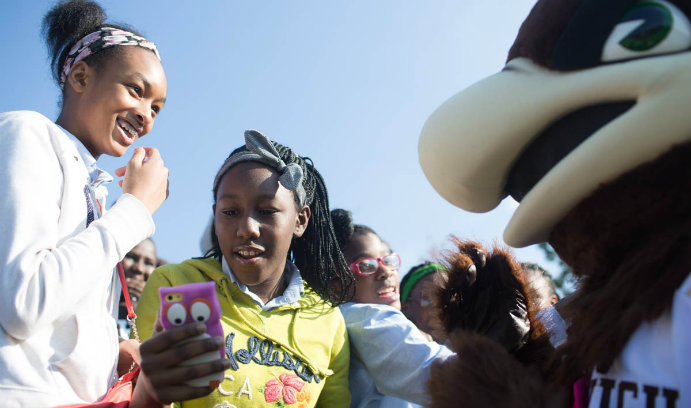 About 500 students, teachers, and parents from Success Academy in New York toured the Lehigh campus Saturday, met with engineering faculty and attended the Mountainhawks’ football game against Fordham University.

“For a lot of our parents, this will be the first time that they are on a real college campus,” said Danielle Phelan, operations manager at Success Academy, as the students arrived on campus. “A lot of our scholars will be first-generation college attendees. This is a tangible experience for them.”

Success Academy is New York’s largest and most effective public charter school. The network’s students outperformed their peers in the state on reading and math tests. The students, primarily children of color from low-income families, are encouraged to set their sights on college at a young age, often visiting schools as early as the elementary school grades.

“It’s really vital for them to see colleges and universities,” said Senior Leader of the Success Academy High School of the Liberal Arts Marc Meyer, “because it reinforces our main goal, which is to educate them well enough to be admitted into the most appropriate college or university.”

The students arrived by bus, pulling up to Packard Lab, where they were welcomed early Saturday by Lehigh University students and staff.

“I’m excited to learn about the campus,” said ninth-grader Aida Bathily, as she stepped off the bus.

Fellow ninth-grader Sekou Cisse was looking forward to networking opportunities, as well as getting familiar with the campus. “So in four years,” he said, “we will be set for college.”

Lehigh alum Chuck Strauch ’57, a member of the Success Academy board of trustees and Lehigh’s Engineering Advisory Council, sponsored the visit.

“The whole program is getting kids oriented to college,” Strauch said. “This is the first time that this particular group will have come to, what I call, a non-urban true campus setting: football game, marching band, you know, the whole nine yards.”

“You’re going to see some tears today,” he said. “There are going to be some folks who are really going to be struck by the whole environment here and what you guys are doing.”

During the tour, scholars met faculty in the engineering college, including John Spletzer, associate professor of computer science and engineering, and Gary DeLeo, professor of physics. The group, which includes the first graduating class of Success Academy, participated in a discussion about STEM research careers. Professor DeLeo treated the scholars to engaging demonstrations that connected physics to the real world.

Lehigh’s engineering and science departments hold a special appeal for Success Academy students because many of them are considering careers in science, technology, engineering, and math (STEM).

Story and photos by Lauren Weaver. 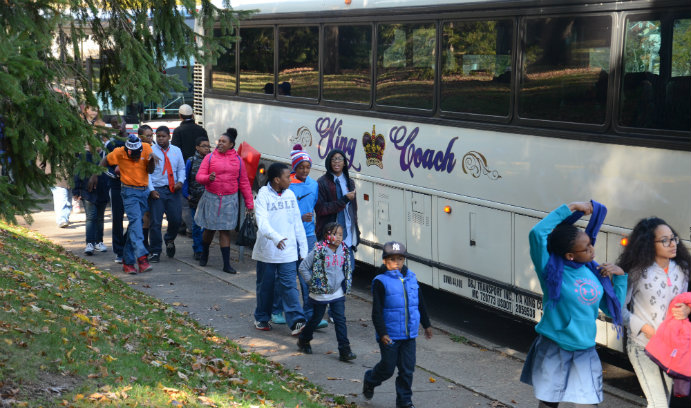 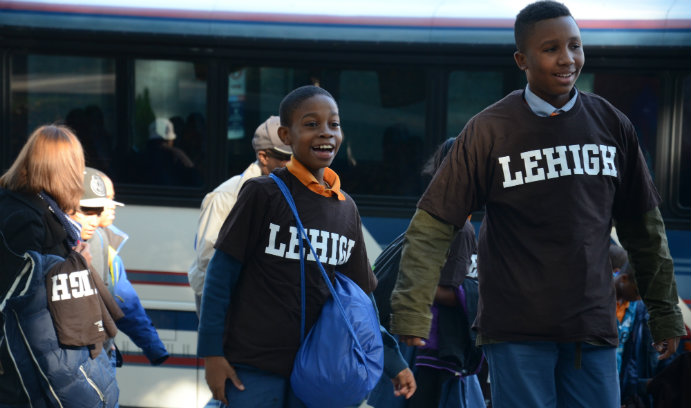 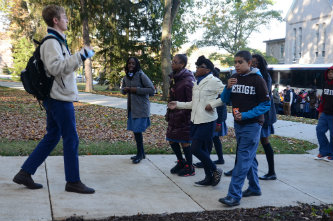 Success Academy students get a tour of the Lehigh campus.