Klaudia Jazwinska ’18, a journalism and global studies major at Lehigh, has won a prestigious Marshall Scholarship, which will allow her to pursue master’s degrees at leading British universities, the British government announced Monday, Dec. 4.

Jazwinska is one of 43 American college students to win the honor, after a rigorous and highly competitive selection process. She will pursue a Master of Science in computational and data journalism at Cardiff University and a Master of Philosophy in international relations and politics at the University of Cambridge.

“I am incredibly thrilled and honored to have this opportunity,” Jazwinska said. “I am still trying to wrap my head around it!...I could not have achieved this honor without the ceaseless support of my parents, the wonderful faculty members I have had the honor of working with over the years, and, of course, my fellowship adviser Dr. Jenny Hyest [assistant director, International Affairs, fellowship advising and UN programs].

“Becoming a Marshall Scholar is an immense privilege, one that is especially meaningful to me as a first-generation university student,” she said. “It is my goal to make the most of this opportunity, and to use the privileges that come along with it to help lift others up with me.”

The Marshall Scholarship, named for former Secretary of State George C. Marshall, was established by the British government in 1953 in gratitude to the United States for its help in rebuilding the United Kingdom after World War II under the Marshall Plan.

“Klaudia embodies the goals for Marshall Scholars,” said Cheryl Matherly, vice president and vice provost for international affairs. “Her plans for graduate study emerged from her journalism and global studies majors, and built on her experiences with the UN programs, the Iacocca International Internship Program and Mountaintop Experience. Like all of us at Lehigh, I am excited to see Klaudia be recognized for her intellect, passion and leadership.”

Jack Lule, Iacocca Professor and chair of journalism and communication at Lehigh, said, “The faculty and students of journalism are very, very proud of Klaudia. It was obvious from her first days in the department that she was going to be not only a top student but a leader in her classes and on the newspaper. It will be a pleasure to watch her next become a world leader.”

Jazwinska is managing editor of The Brown and White, and she will serve as editor-in-chief in the spring semester. She is also a United Nations Youth Representative for the Center for Public Health in Nigeria. She plays trumpet with the Marching 97 and will perform with the group in London on New Year’s Day.

Jazwinska was the Global Union's vice president for internal programming in Fall 2016. She has studied abroad in Uganda, India and Brazil through the SIT International Honors Program in social entrepreneurship, and she has worked in Milan, Italy, as an Iacocca Intern.

Since 2015, she has been the recipient of the Thun-Janssen Endowed Scholarship, created by Ferdinand Thun '56, which benefits students who are first-generation Americans.

Sir Kim Darroch, the British Ambassador to the United States, said in a prepared release, “I’m proud to congratulate the recipients of this year’s Marshall Scholarship, who represent the brightest young minds and leaders the U.S. has to offer. For over six decades, the Marshall Scholarship has played an important part in maintaining the strong bonds of friendship between our two countries.”

This year’s class marks the largest Marshall Scholars cohort since 2007. The program is primarily funded by the British government but also by a number of partnership arrangements.

“I look forward to welcoming another outstanding class of Marshall Scholars to the UK next year,” said Christopher Fisher, who chairs the Marshall Scholarship Program. “Marshall Scholars are wonderful students, and their presence in British universities is a mutually enriching experience which creates great promise for our common future.” 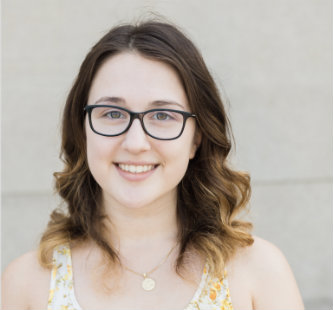 Klaudia Jazwinska ’18 is the first Lehigh student to win the Marshall Scholarship in 40 years.