The five new board members began their terms on July 1.

On July 1, Lehigh appointed five new members to Lehigh University’s Board of Trustees and honored the service of seven outgoing trustees.

Maria Chrin '87 '10P—who joined the Board in 2004 and is currently serving her second term as corporate trustee—has accepted an appointment to serve as vice chair of the Board through June 2022, fulfilling the two years remaining under the term of corporate trustee Robert L. Brown III ’78, who is retiring. Brown has served on the board since 2002.

Chair of the Board Kevin Clayton ’84 ’13P also expressed his gratitude to Brown for his work as vice chair and extended his appreciation to Chrin for accepting the role. He thanked the outgoing trustees for their dedicated service and welcomed the new members to the Board.

“Our new trustees bring a breadth of talent, leadership and expertise that will contribute great strengths to our university now and into the future,” said Clayton, who also commented on the contributions of those leaving the Board.

“The tenure of our retiring trustees collectively represents more than 50 years of service on the Board and spans wide-ranging contributions that have made a lasting impact on our university and students. I know I speak on behalf of our Board, university leadership, and the Lehigh community in expressing my tremendous gratitude for their commitment.” 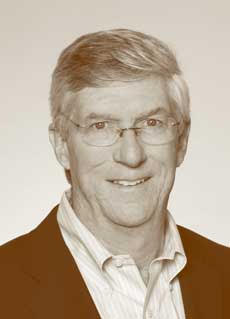 Corporate trustee Vincent A. Forlenza Jr. ’75 is executive chairman of the Board of directors at Becton, Dickinson and Company (BD), a global medical technology company, a position he holds since January 2020 after retiring as its chief executive officer and chairman. Forlenza serves on Moody’s Corporation Board of Directors, is chairman of The Valley Health Systems Board of Trustees, and previously served as chairman of The Valley Hospital in Ridgewood, New Jersey. He is a past member of the Dean’s advisory council for the P.C. Rossin College of Engineering and Applied Sciences. Forlenza has a Bachelor of Science degree in chemical engineering from Lehigh and a Master of Business Administration degree from the University of Pennsylvania. 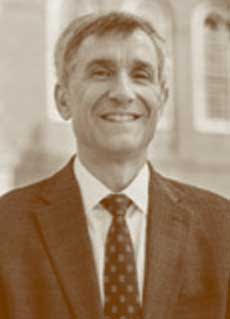 Appointed trustee Joseph J. Helble ’82 is the provost of Dartmouth College, serving as the Chief Academic and Budget Officer for the university, and a Professor of Engineering. Prior to becoming Dartmouth's provost in 2018, he served for 13 years as the dean of Thayer School of Engineering. He is a co-recipient of the National Academy of Engineering's 2014 Bernard M. Gordon Prize for Innovation in Engineering and Technology Education for the design and implementation of Dartmouth's Engineering Entrepreneurship Program (which includes the PhD Innovation Program), and is a Fellow of the American Association for the Advancement of Science (AAAS). Prior to joining Dartmouth, Helble served as Professor and Chair of Chemical Engineering at the University of Connecticut, as the AAAS Roger Revelle Fellow, spending a year in the office of U.S. Senator J. Lieberman focusing on environmental and technology policy, and as a research scientist in the private sector at Physical Sciences Inc. Helble has a Bachelor of Science degree in chemical engineering from Lehigh and a doctorate in chemical engineering from Massachusetts Institute of Technology. 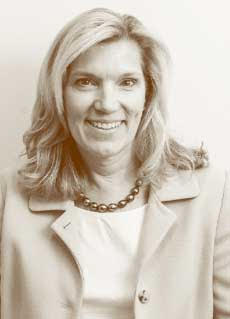 Appointed trustee Mary T. Kush '88 is a principal in Douglass Winthrop Advisors, LLC. Previously, she was the chief operating officer, chief financial officer and senior equity analyst at Eagle Capital Management LLC, where she oversaw day to day operations and was responsible for equity research and idea generation for the firm’s portfolio. Kush was an early partner at Eagle, helping grow the firm from $300 million in assets under management to almost $30 billion when she retired in 2018. Kush is on the Board of the Park Avenue Armory, where she serves on their Audit and Finance Committee. She is a member of the Lehigh University Investment Subcommittee and a member of the Cornelia Connelly Finance Committee. Kush has a Bachelor of Science degree in accounting from Lehigh and a Master of Business Administration in finance and Master of Science degree in taxation from Fordham University. 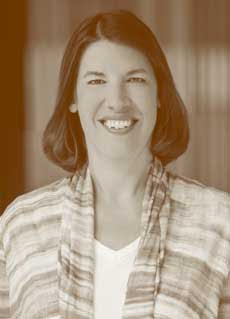 Appointed trustee Kendall B. O'Brien '84 is vice president, finance, and chief financial officer for the Office of the Chief Scientific Officer at Johnson & Johnson. Over her 30-year tenure at Johnson & Johnson, O’Brien has held several senior positions across the enterprise sector finance groups, Medical Devices & Diagnostics, Pharmaceuticals and Consumer, as well as roles in Health and Wellness and Corporate.  Previously, O’Brien was Vice President, Group Finance, Medical Devices & Diagnostics and Group Operating Committee member.  She has championed the Financial Leadership Development Program and the Finance African American Council. She recently led the Women’s Leadership Initiative, the largest and oldest employee resource group at Johnson & Johnson and currently sits on the North American Diversity and Inclusion council. She serves on the Task Force for Talent Innovation and the Conference Board Leadership Council for Advancing Women.  O’Brien is currently a member of the College of Business Dean’s advisory council. She has a Bachelor of Science degree in both accounting and finance from Lehigh. 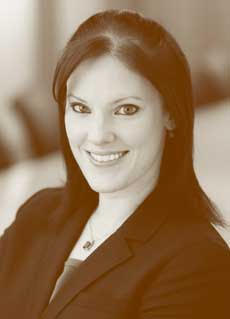 Alumni trustee Lauren M. Manduke ’05 is a commercial litigator at Cole, Schotz P.C., a mid-size law firm based out of Hackensack, New Jersey. She is also a member of the District IIB Bergen County Fee Arbitration Committee and active in a host of important industry organizations including the Fellows of the American Bar Foundation, the New Jersey Women Lawyers Association, Bergen County Bar Association, and Co-Chair of the Civil Practice section of the Bergen County Bar Association. Manduke served Lehigh as a Young Alumni Council member and committee chair and remains active with the varsity crew team. She joined the Lehigh University Alumni Association as a Board member in 2015 and served as its senior vice president before becoming the president in 2019. Manduke has a Bachelor of Arts degree in political science from Lehigh and a Juris Doctor degree from Fordham University School of Law.