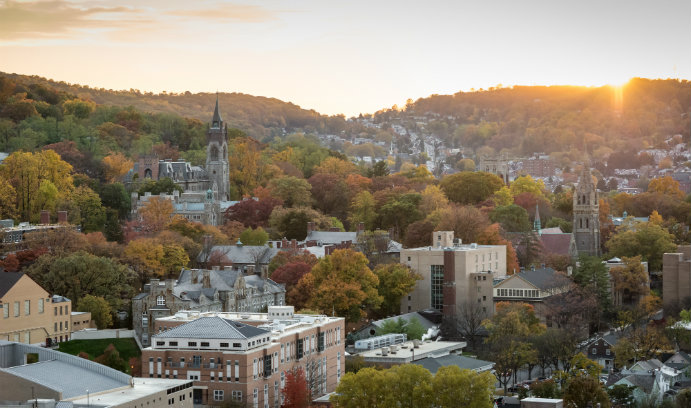 Lehigh hopes to open the doors to its new college of health by fall 2020, with a new dean on campus ideally by next September to help steer it forward, Provost Patrick V. Farrell told members of the campus community at Town Hall meetings Dec. 1 and Dec. 5.

Though he doesn’t anticipate that Lehigh’s proposed health, science and technology building will be constructed by then (it’s currently planned for spring 2021), he said the university hopes to launch the new college with approximately 15 new faculty members and a cohort of 150 undergraduate and graduate students.

“It’s far from full size, but I’m anxious to get the core of the college started and under way, and then it will build over time,” he said.

As the college expands its areas of study, Farrell expects it to grow to about 50 new faculty members and 700 undergraduate and graduate students.

“While it’s tempting to have every detail lined up before we begin, first of all, it will take forever. Secondly, most of us would lose our enthusiasm around the idea, and frankly, thirdly, I’m not sure we'd get all the details precisely correct anyway,” Farrell said. “I’m much more interested in getting a core of talented, new people here, as well as including the talented people who are already here, and say, ‘Let’s get this started.’

“I think we’ll start in approximately the right direction. And then when we’ve got the right people on board,” he said, "they will figure out as we go whether there’s a slight correction to be made, a new idea to be pursued, or perhaps an idea we have now but in two and a half years will not be considered such a fabulous idea, and they will need to decide, ‘Let’s not do that.’”

The college of health is a key component of Lehigh’s Path to Prominence, an ambitious plan outlined by President John D. Simon that would add 1,000 undergraduates, 500 graduate students and 100 new faculty members. The initiative will allow Lehigh to build on its legacy, broaden its academic footprint and foster an ever more vibrant atmosphere of creativity and collaboration.

Plans for the health college gained steam during the university’s World Café meetings in 2016, when faculty and staff were asked to dream “big” about Lehigh’s future. World Café participants asked whether it was time for Lehigh to make the leap.

“Now seems to be the opportune time,” Farrell said at the Town Hall on Dec. 1.

Farrell said Lehigh hopes to choose the areas of focus by early 2018, then begin considering faculty recruitment around those areas. “We really do want to build on our strengths,” Farrell said, “but we don’t want to be confined to those.”

Lehigh is working with two consultant teams as it moves forward: Boston Consulting Group and Strategy+.  In addition to leveraging health care data to assess future societal needs and job skill sets, the university is talking to experts such as the Mayo Clinic, the National Science Foundation and area health networks to determine: Where can Lehigh compete? And what trends are shaping the future of health care? Farrell said the response to Lehigh’s plans has been good.

While the new college won’t be a medical school, Lehigh will likely forge some partnerships. The university will need to bring its own strengths to the table, Farrell said, so that Lehigh and its partners can do together what neither would be able to do alone. The new health college also will be flexible, promote robust faculty research and require collaboration across colleges.

Farrell said he was asked early on whether Lehigh would consider novel and innovative organizational structures for the new college.

“If it doesn’t look different from our current colleges, I’ll be sort of disappointed,” he said. “This is a huge opportunity…I’m hoping that we come up with something that’s creative and innovative, while being particularly effective in achieving the goals of the college.” 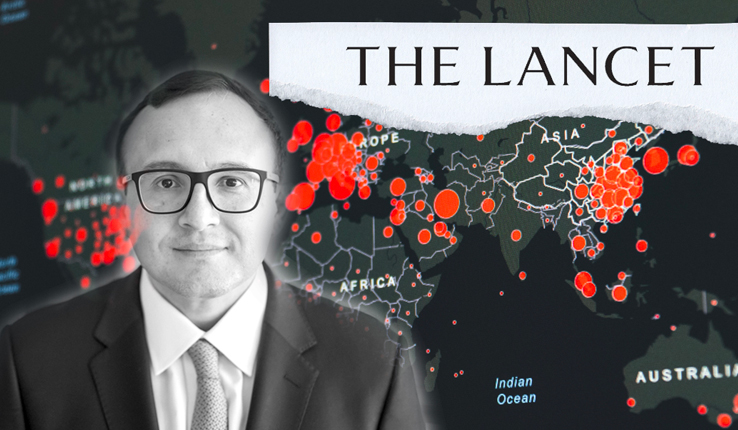