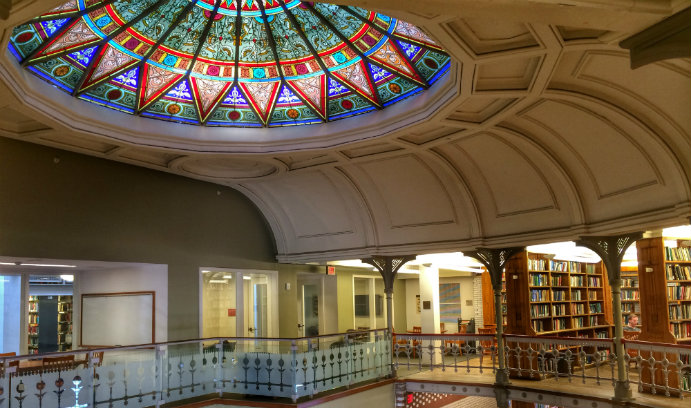 Designing and building the system from scratch with our partner institutions has made Lehigh rethink the entire workflow and operations of our libraries.--Bruce Taggart

Kuali OLE replaces Lehigh’s current library management system with a next generation open source, open architecture system. The system will provide all the traditional library services expected as well as provide libraries with new enhanced ways to manage electronic resources from electronic books to digital born resources to streaming videos to cloud services—all at a fraction of the cost of purchasing these systems from proprietary software vendors.

“One of our major objectives in joining the OLE project was to get Lehigh's professional library staff working with our partners in taking an active role in designing software which improves the overall efficiencies and effectiveness of the libraries, something incredibly complicated considering the exponential growth in e-resources and the migration of print to distributed electronic-based media,” said Bruce Taggart, Vice Provost, Library & Technology Services at Lehigh, and a Kuali board member. “In the past several years we’ve looked to replace our library system on a couple of occasions and we found no proprietary vendor software which met our needs. Designing and building the system from scratch with our partner institutions has made Lehigh rethink the entire workflow and operations of our libraries. That in itself is worth our investment in OLE.”

Lehigh’s Provost and Vice President for Academic Affairs, Pat Farrell, noted, “It’s very exciting for Lehigh’s libraries to be a founding partner of OLE and contributing to the development of new software which will help lower the cost of operating our universities. While there is some risk being involved with an open source development project, having our library staff actively engaged in rethinking their business practices and designing new systems to improve service delivery to our campus should be enthusiastically encouraged and supported.”

The OLE project is just one of several Kuali Foundation projects which are strategically focused on lowering the cost of running our universities administrative support systems including financials, human resources, student, grants management, and libraries. For more detailed information on the OLE project and the Kuali Foundation go to www.kuali.org.