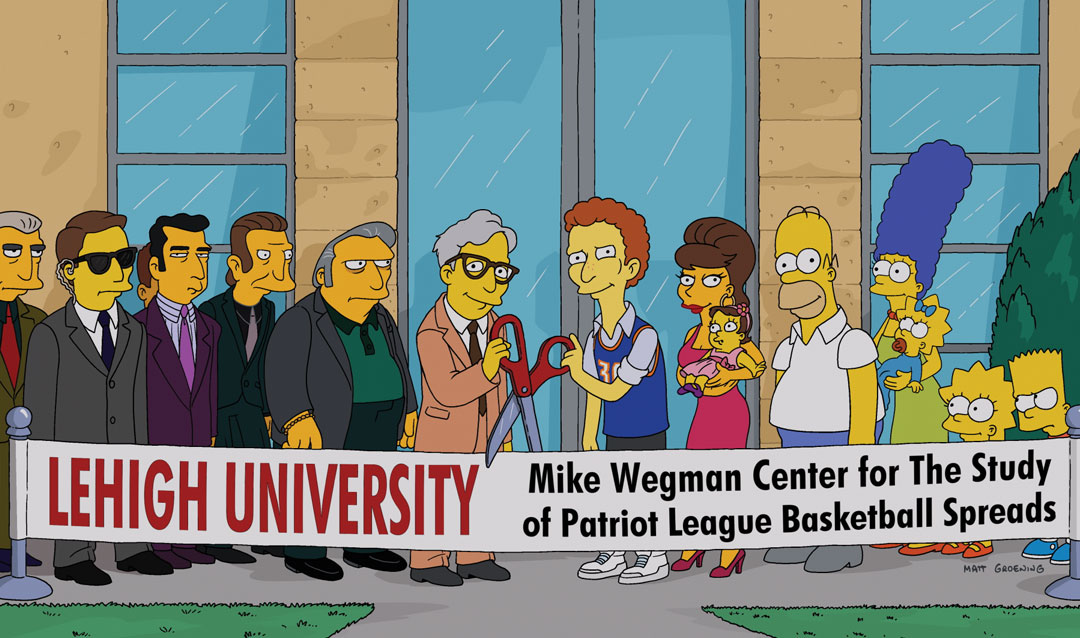 In the second episode of the 31st season of The Simpsons, there’s a ribbon-cutting at Lehigh for the Mike Wegman Center.

In ways big and small, Lehigh and its alumni have leaped onto network television and movie screens, from Lehigh’s surprise inclusion in an episode of the animated sitcom The Simpsons to the real-life portrayal of alum Lee Iacocca ’45 in the hit film Ford v Ferrari.

With more than 150 years of history and alumni in fields from engineering to entertainment, it makes sense that Lehigh would have wide reach, says Media Relations Director Lori Friedman.

“Our reputation as a university with a focus on a vibrant student experience, as well as our iconic campus architecture, have cemented Lehigh in the popular imagination as a quintessential northeastern school,” she says.

Lehigh and its men’s basketball team figure in the second episode of the 31st season of The Simpsons. In the episode that aired Oct. 6, 2019, Homer mentors Mike Wegman, who buys a food truck with money borrowed from mobster Fat Tony. Wegman assures Homer that he’ll be able to pay back Fat Tony by betting on Lehigh in its game against Holy Cross. Lehigh falls in a major upset, but Wegman escapes demise by winning over Fat Tony with his pizza-by-the-slice. As the credits roll, there’s a ribbon-cutting at Lehigh for the Mike Wegman Center for The Study of Patriot League Basketball Spreads.

How did Lehigh wind up in the episode? Executive producer John Frink says he knew enough about the Patriot League (he’s from Hamilton, N.Y., home of Colgate University) to know that a Lehigh loss to Holy Cross would have indeed been an upset in 2018, when he wrote the episode. (Lehigh beat Holy Cross twice that year, 83-77 and 71-67.) 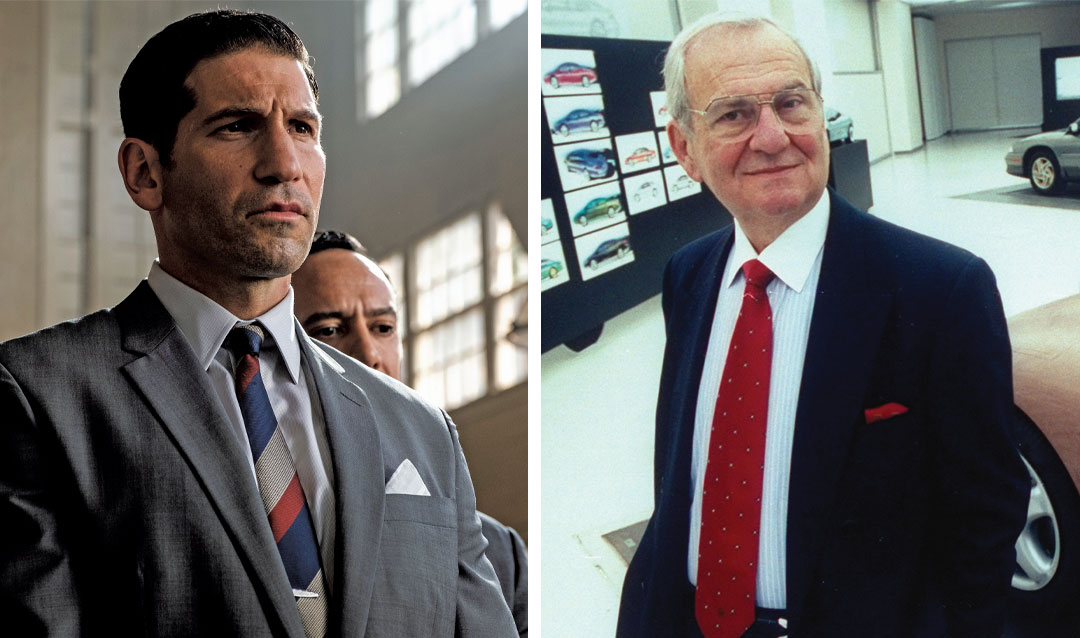 Actor Jon Bernthal portrays the late Lee Iacocca ’45 in Ford v Ferrari, a film that replays a historic moment in auto racing history. Iacocca, then a Ford executive with a plan to make Ford cars more desirable among consumers, recommends that the company create a car that will beat Ferrari at the 24 Hours of Le Mans race in 1966. Iacocca, who was credited with introducing the design of the 1964 Mustang, became president of Ford in 1970. After a power struggle with Henry Ford II, he moved to Chrysler in 1978. 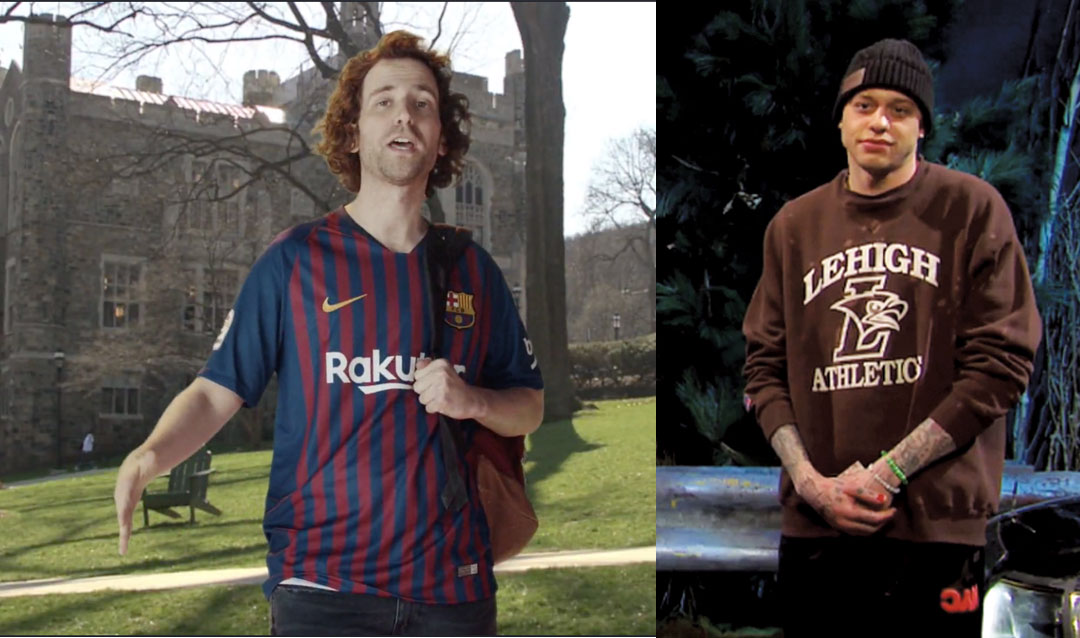 In a Saturday Night Live sketch, Linderman Library had a cameo (left), and in another, cast member Pete Davidson sported Lehigh athletics sweatshirt

Veteran cast member Pete Davidson sported a brown, stained Lehigh athletics sweatshirt during a Feb. 8 comedy sketch called “Thirsty Cops.” It wasn’t the first time Lehigh made it into a Saturday Night Live sketch. Viewers got a glimpse of Linderman Library in a November 2018 music video that encouraged national unity. Cast members pointed out: “We all dislike so many of the same things,” such as “kids who study abroad and come back with an accent.” 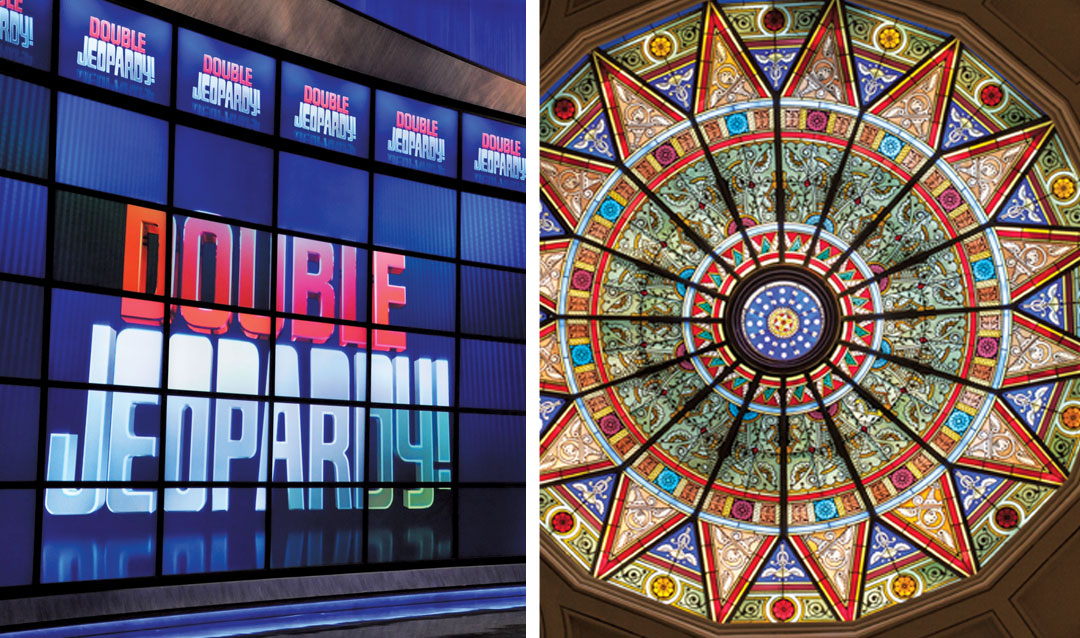 Lehigh has figured into Jeopardy! questions. At right is the Linderman Library rotunda.

Twice, in June 2019 and in the show’s 2018 College Championship, Lehigh figured into Jeopardy! questions. “O this little town of Pennsylvania is home to Lehigh University and Moravian College.” (What is Bethlehem?) Earlier, “A large circular room with a domed ceiling, like the one at the Lehigh University library.” (What is a rotunda?) 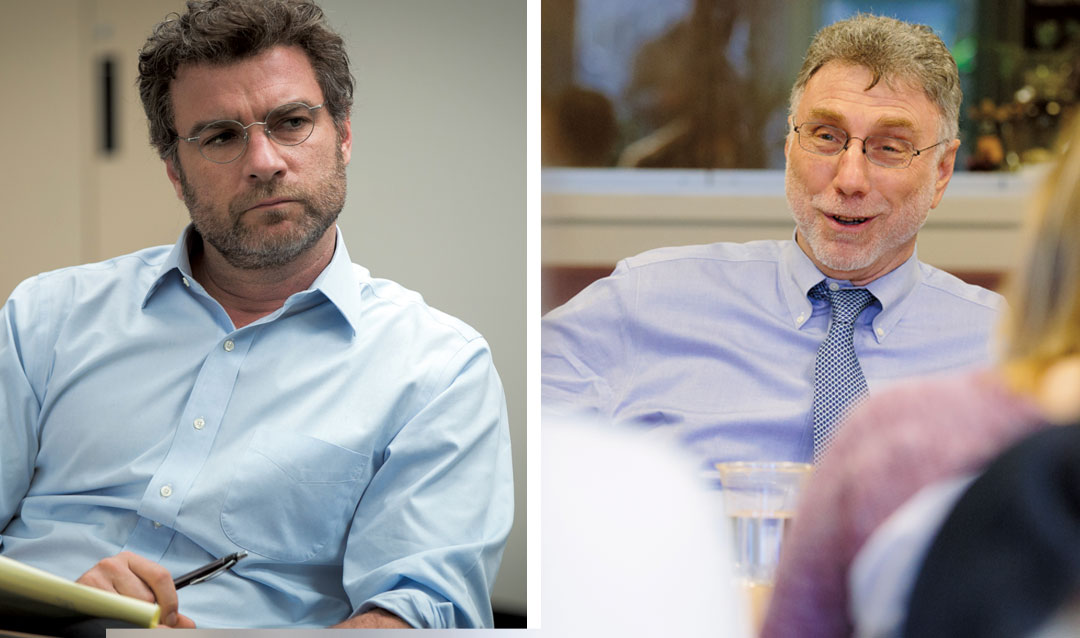 Actor Liev Schreiber portrays Marty Baron ’76 ’76 MBA ’14H in Spotlight, the 2015 film chronicling
The Boston Globe’s 2002 investigation into the Catholic Church’s cover-up of clergy sex abuse. Baron, now executive editor of The Washington Post, had launched the Pulitzer Prize-winning probe when he was the Globe’s editor. The film won two Academy Awards—for Best Picture and Best Original Screenplay. Baron, who is considered among the country’s best news editors, has held editorial positions at several of the country’s top newspapers.