Event coincides with the 100-year anniversary celebration of ROTC at Lehigh. 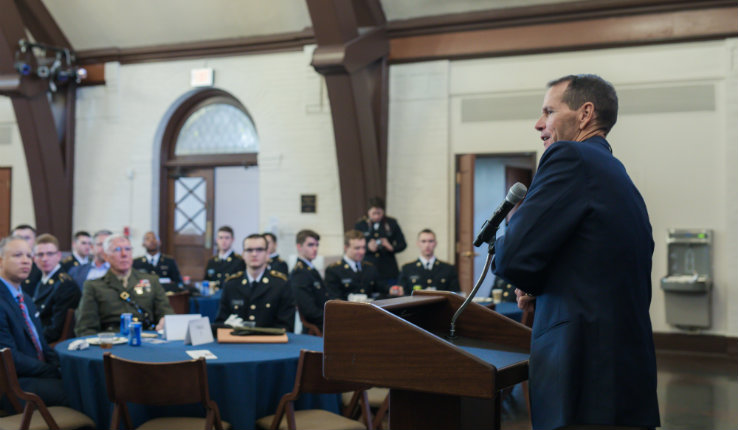 At the luncheon, guest speaker Lt. Gen. Stanley E. Clarke, who began in an ROTC program and is retired from the U.S. Air Force, expressed concern about whether today’s younger generation understands the military’s role in foreign policy and the overall affairs of the nation.

However, he said, the Hoover Institution at Stanford University, a respected think tank, found in a study that millennials generally trust the military, view military leadership more favorably than political leadership, have a high opinion of veterans’ work ethic, and see the military as providing opportunities for minorities and the poor. “So I think there’s an opening there for increasing awareness and exposure as necessary,” he said.

Clarke also addressed members of the Steel Battalion, Lehigh’s ROTC (Reserve Officers Training Corps). “All of you are on an individual journey,” he said, even though members are in the same organization. Living each day as well as they can, he told them, will key them up for great success now and in the future.

The year 2019 marks the 100-year anniversary of the establishment of ROTC at Lehigh. The program, one of the first in the country, began in September 1919 under the direction of President Henry Drinker, who supported the notion of military instruction even before the National Defense Act of 1916 established ROTC. The university initially required all physically qualified students to complete the basic ROTC course to graduate. The program became voluntary in 1961. 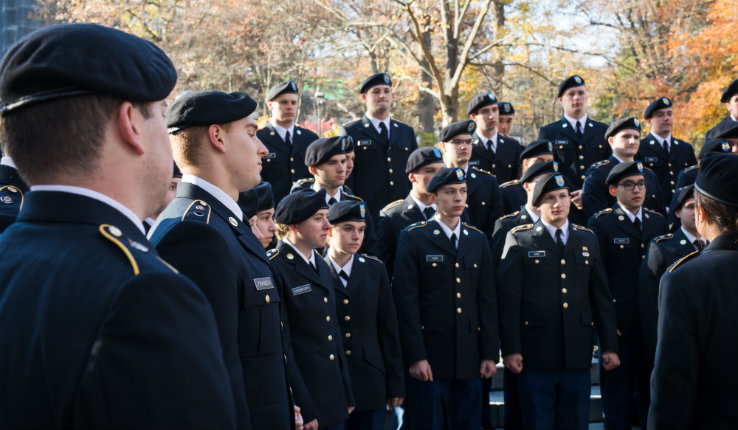 Veterans Week kicked off with a flag ceremony on Nov. 4 at the University Center flagpole. 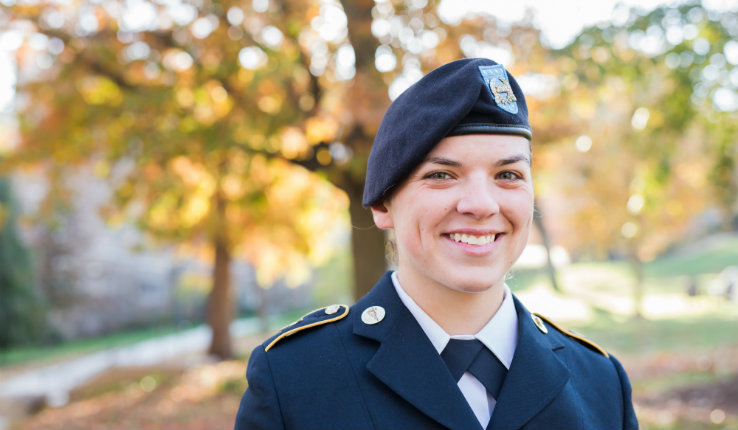 Dominique Voitek '20, who attended the flag-raising ceremony, is Battalion Commander for the Steel Battalion. 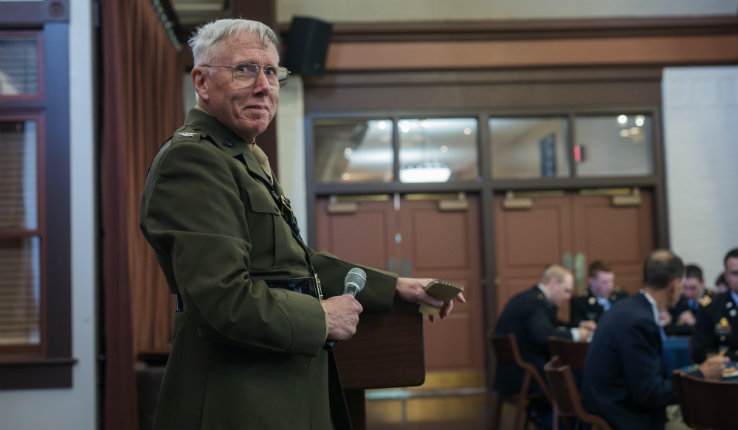 Frank Gunter, professor of economics and retired colonel of Marines, welcomes guests to the 10th annual Veterans Day luncheon at Lehigh. Attendance has grown to 120 people from 20 people a decade ago, he said. 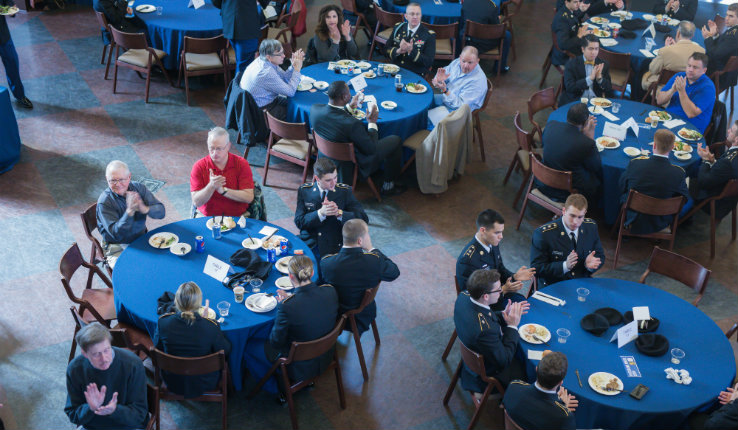 The luncheon was attended by about 120 active, reserve and retired veterans. 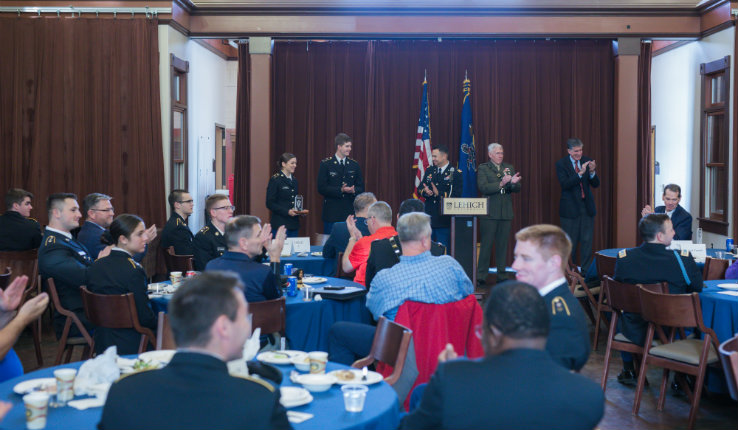 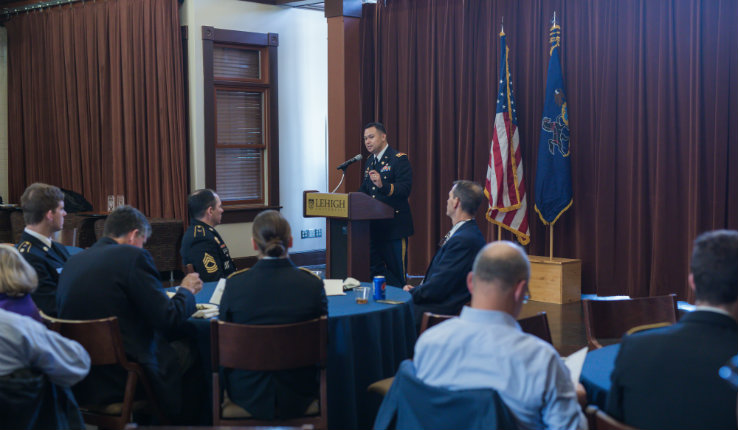 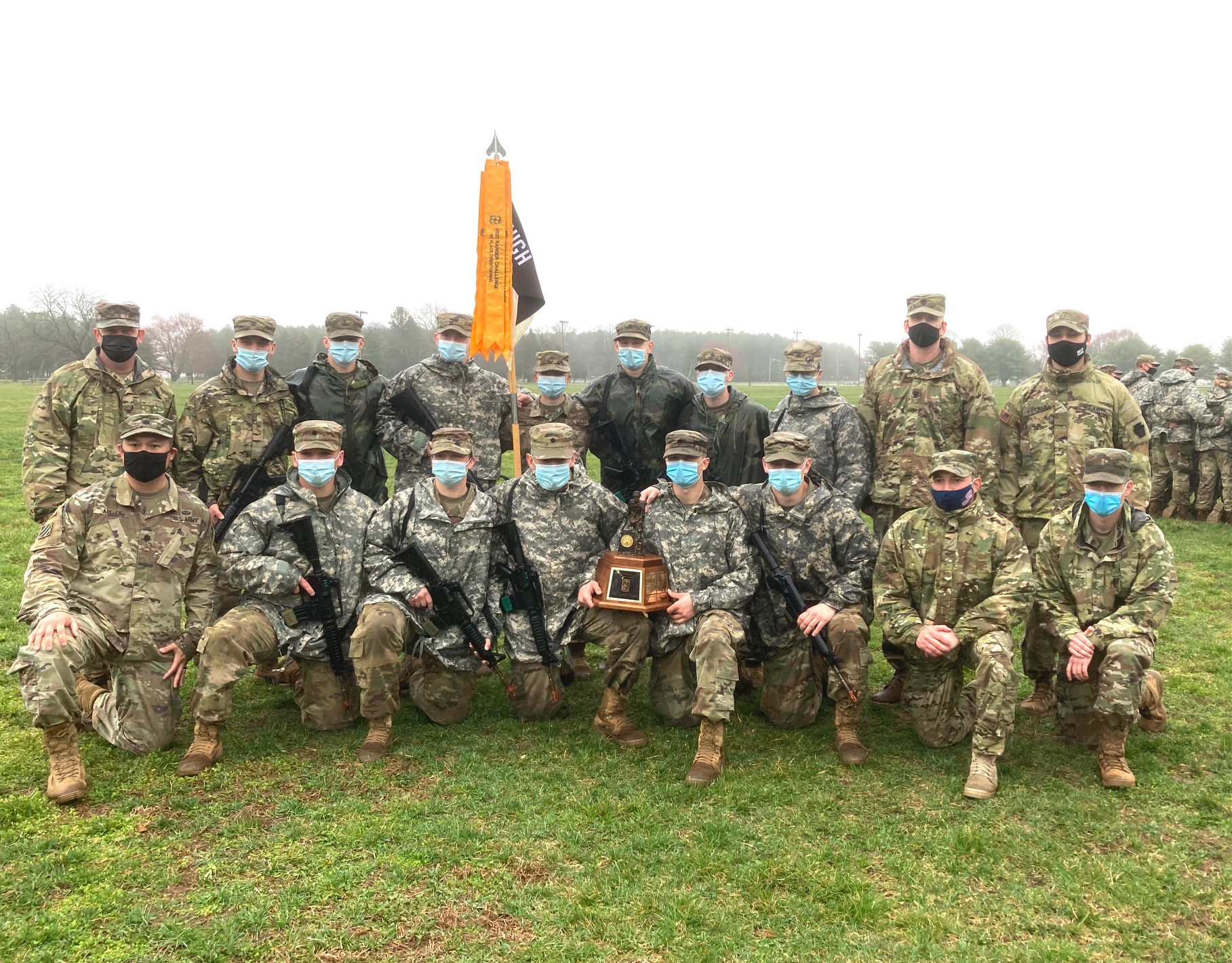