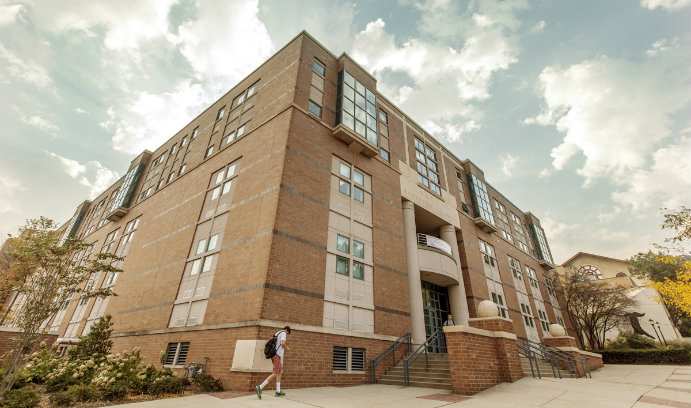 Earlier this year, the European Union demanded that Apple Inc. repay $14.5 billion after a tax deal with Ireland allowed the company to pay nearly no taxes on its European profits from 2003 to 2014.

Apple, like many other multinational corporations, was using a legal form of tax avoidance to avoid paying taxes on its European profits. The term Base Erosion and Profit Shifting (BEPS) refers to a broad array of legal tax avoidance techniques that multinational corporations use to shift profits to jurisdictions with lower (or zero) tax rates, thereby eroding the tax bases of higher-tax countries in which economic profits are actually earned.

And in a campaign speech last January, Donald Trump proposed a 35 percent tax on any business that sends its jobs abroad, including Apple.

Economic and legal experts on both sides of the tax industry came together Friday, Nov. 18, at Lehigh to discuss BEPS as well as the potential impact of Trump’s presidency and international and domestic tax policies when the College of Business and Economics hosted its 57th annual tax forum at Iacocca Hall on the Mountaintop campus.

“There’s a lot of expertise on the panel,” Cloyd said. “I would say this program probably has as much expertise as any tax education program in the country. It’s just a powerhouse slate of speakers.”

This year’s program focused on providing attendees with a broad, non-technical understanding of international taxation and its effects on businesses. With changes in taxation policy happening at both the international and domestic levels, the forum sought to educate those entering the field with an idea of the evolving tax landscape.

Deloitte, Ernst & Young, KPMG, and PwC provided both financial and non-financial support that made the conference possible.

Cloyd said the department specifically chose the Nov. 18 date in order to be able to discuss the potential changes on the horizon with the election of a new president.

“We specifically picked a date that was shortly after the election, and it was beginning to look like there wasn’t going to be much of a surprise,” he said. “We didn’t think there was going to be much tax change in U.S. policy, but now I don’t know. We’ve got Republican control of Congress and the White House, and lots of things could happen.”

Neubig discussed his work with the OECD, a Paris-based organization with 35 member countries. He said the organization works to ensure, especially after the ‘08-’09 financial crisis, that nations work together in order to promote economic growth and financial stability in international financial systems.

Neubig said the OECD began to address BEPS by multinational corporations in 2013. He worked on monitoring BEPS, trying to determine how much global revenue is lost as a result of the issue. He looked into corporations such as Apple that used BEPS to separate taxable income from where the actual value creation occurred, allowing them to pay little or no taxes.

His work led to 15 action reports handed down to G20 nations in two years in an effort to eliminate the practice and ensure income is taxed where economic value is created. He said only four are what are called “minimum standards” that have to be enacted by the participants in the foreseeable future.

“The international reforms could be helpful in the U.S. finally getting its act together moving forward in terms of U.S. tax reform,” he said.

Kulish discussed the domestic implications of the new policies as well as the future of policy under a Trump presidency and a Republican Congress.

She began by asking if the nation found itself in “another 1986 moment,” referencing President Ronald Reagan’s heavy tax reforms.

“Ronald Reagan was all over tax reform. He pushed it,” she said. “The question is, Will Trump push it?”

Kulish said she wasn’t sure how President-elect Trump would govern, but acknowledged that Trump was sure to want to achieve something big during his time in office. She noted Speaker of the House Paul Ryan’s commitment to tax reform.

While Trump’s views may not align with Democrats or Republicans across the board, particularly on issues of trade or immigration, tax reform is an area in which all share in the commonality of recognizing current problems. She said the fact that most would acknowledge a need for reform would be the driving commonality on potential progress. 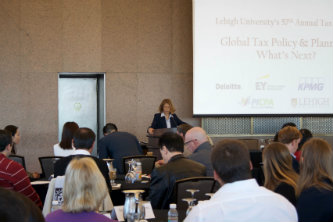 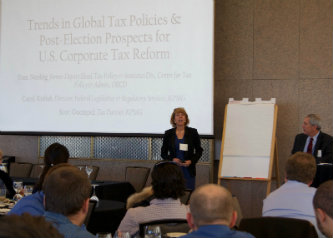 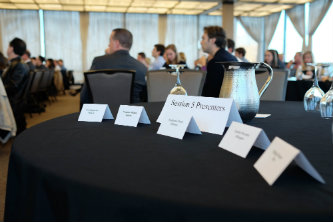 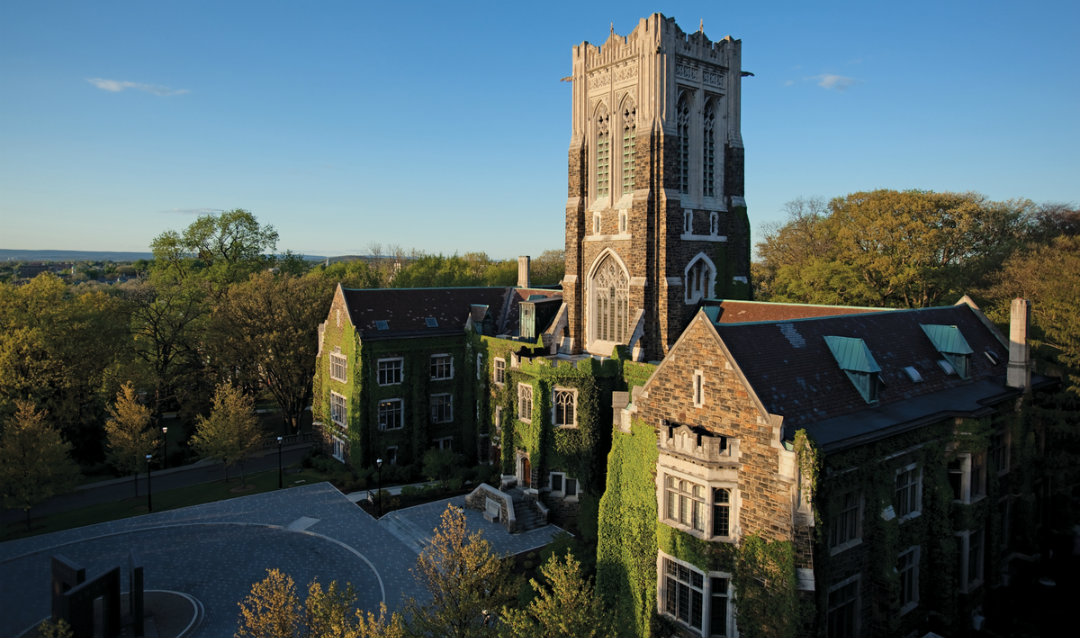 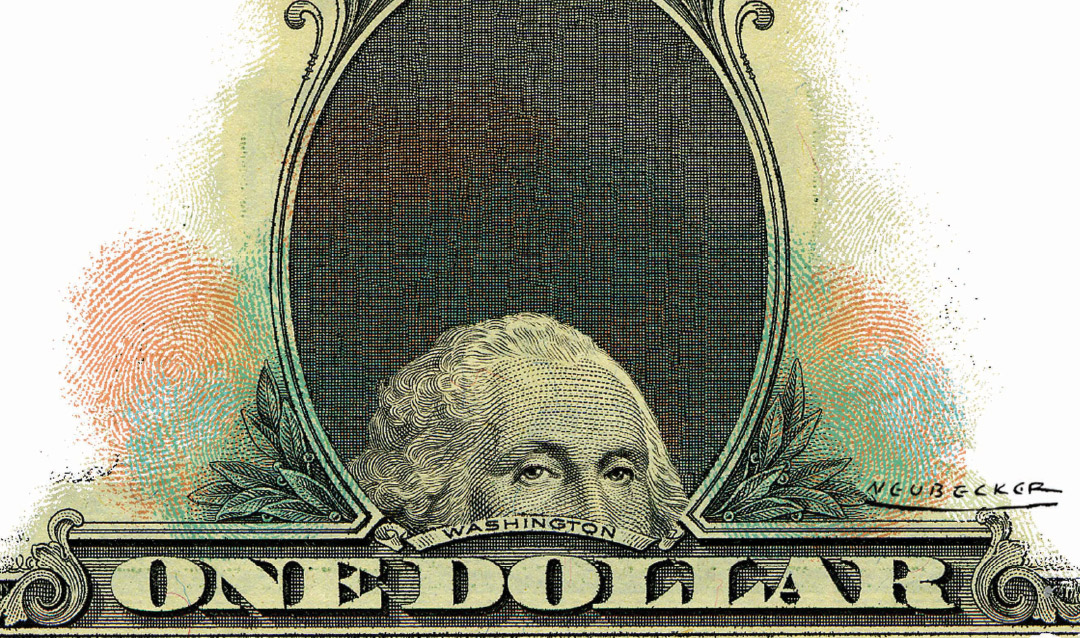 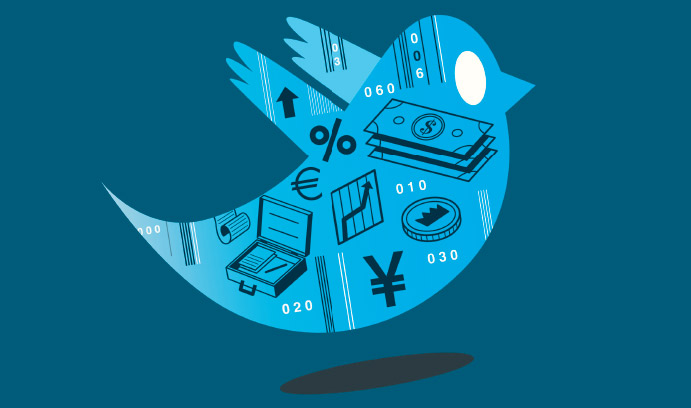