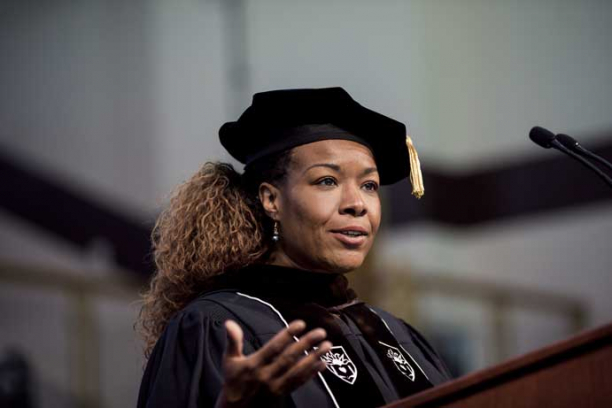 Lehigh celebrated the arrival of the Class of 2022 Sunday at its University Convocation, with keynote speaker Kashi Johnson encouraging the first-year students who filled Grace Hall to “be brilliant, be brave” and to “step outside that comfort zone.”

Johnson, professor of theatre at Lehigh, told the students that their acceptance letter to Lehigh was an invitation to join an esteemed community of scholars, as well as an invitation to spend their next four years exploring intellectual interests and discovering what excites them.

“This afternoon we celebrate your arrival,” Johnson said. “You are the country’s best and brightest, Lehigh’s newest students poised for success. This is a moment that you should cherish and remember because you are turning the page on a new chapter in your life.”

“On this day, I want each of you to make a promise to yourself,” Johnson told the students. “Aspire to be more than what you are today. Learn more. Explore more and dream more. You will be better for it as a result, and so will our society.”

Johnson assured the students that they will find their place at Lehigh, just as she did 30 years earlier, despite a rocky start. She had arrived on campus to study computer science and engineering, but quickly realized that engineering was not the right career path for her. Too embarrassed to speak up and reach out to her support systems, she faltered—missing classes, studying too little and socializing too much because, she said, she was taking classes that didn’t interest her. With a low grade point average, she was nonetheless surprised to face being forced to leave Lehigh.

When (with help from her mother) she finally realized her passion—theatre—she began to flourish at Lehigh, even in classes not tied to her major. She received her Lehigh degree in theatre in 1993.

“Over the next four years,” she told the students, “Lehigh will present you with seemingly endless opportunities. But only you will be able to choose what excites you, ignites your intellectual passion and engages your heart and mind.”

She encouraged the students to take advantage of their time at Lehigh by getting involved, attending sporting events and musical recitals and plays, joining or starting a club, joining a Greek organization, taking classes outside of their major, volunteering in the community, running for student government and studying abroad.

She shared a poem that she hoped would inspire the students to do the unexpected: “If you’re in a comfort zone, afraid to venture out, remember that all winners were at one time filled with doubt. A step or two and words of praise can make your dreams come true. Reach for your future with a smile. Success is there for you.”

President Simon acknowledged the challenging times in the nation’s history, adding that universities have an important role in times like these to help the next generation peacefully engage around contentious issues and work toward a more just society.

“At Lehigh, we will help you learn how to think,” he said. “We will never tell you what to think.”

He told the students to anticipate differences of opinion, as they will routinely come into contact with people who think differently than them, in their classrooms, residences halls and off campus. He said they might accept or reject the new perspectives, and that they must do their homework to better express and argue their positions.

“Only you can decide what you think,” he said. “You’re here to be educated.”

Simon told the students that “knowledge is the ultimate tool in your toolbox” and encouraged them to read books to broaden their views. He also encouraged them to be integrated thinkers and to seek creative solutions to opposing ideas.

“I urge all of you to speak up, speak out,” he said. “Question things. Offer your ideas. Learn from others. Let others learn from you. Let our voices be heard.”

In introducing Bethlehem Mayor Bob Donchez, Simon told the students that they will be part of the fabric of South Bethlehem. To that end, Donchez assured the students that city officials are committed to their safety and that Bethlehem was recently ranked among the top 50 safest college cities. But he advised them to be cautious and to use common sense.

Donchez also pointed out the city’s ongoing revitalization efforts, including the opening of new office and residential buildings. Through its evolution, he said, Bethlehem has remained strong, changing when necessary but not losing its identity. 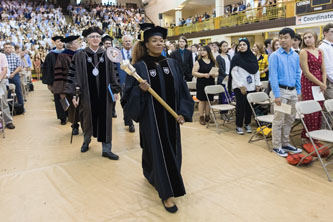 Professor Kashi Johnson leads dignitaries to the stage at the start of the 2018 Convocation. 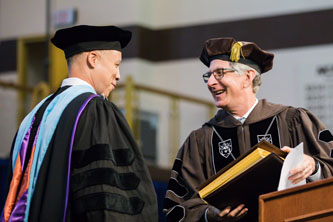 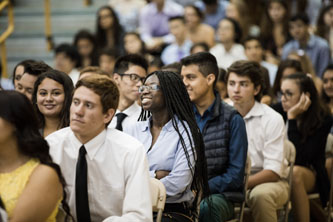 Students listen as Kashi Johnson encourages them to “aspire to be more than what you are today. Learn more. Explore more and dream more." 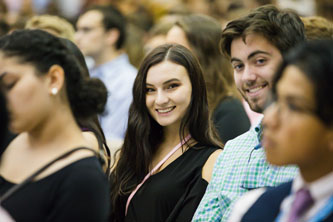 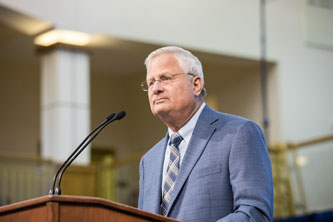 Bethlehem Mayor Bob Donchez welcomes students to the City of Bethlehem and assures them that city officials are committed to their safety. 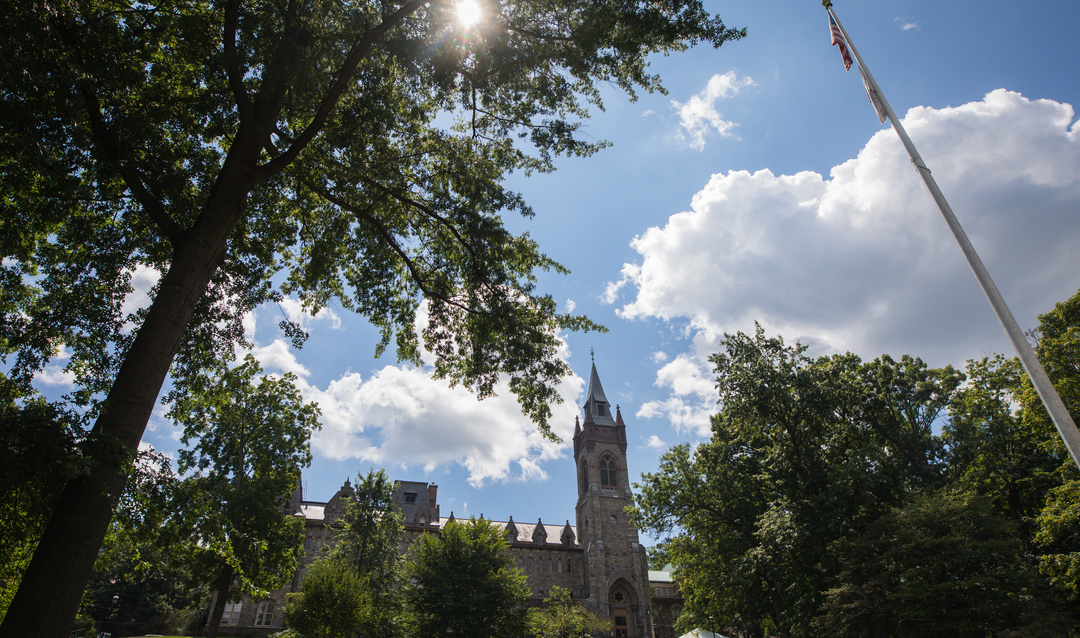 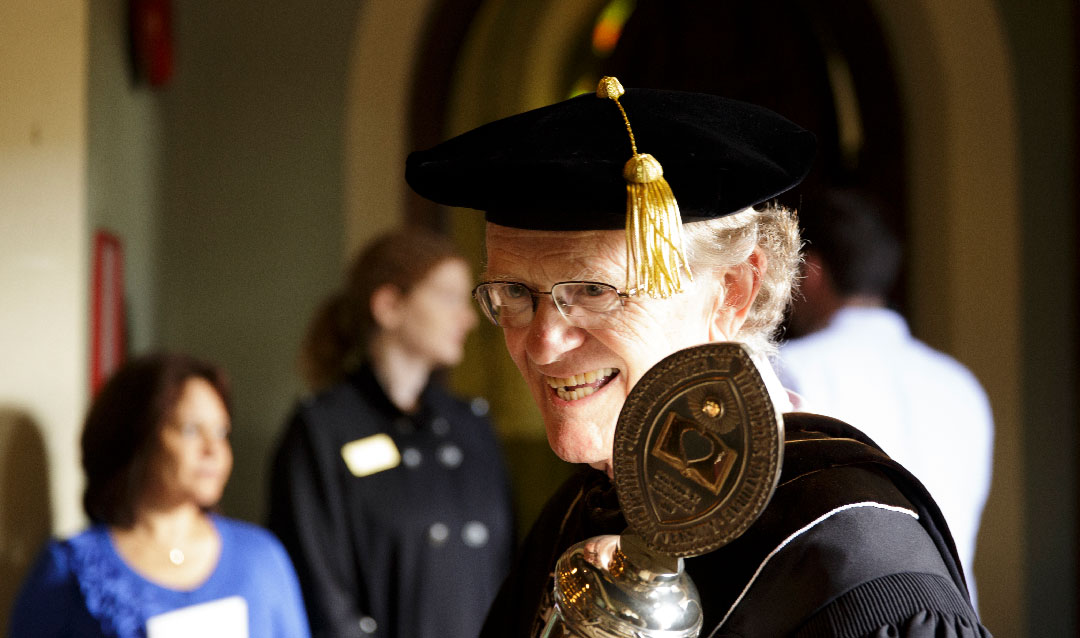 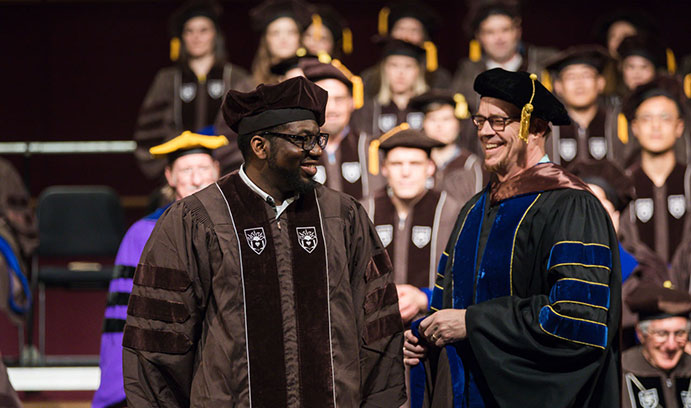