Nestled into Lehigh’s leafy hillside, Umoja House has been the home of nearly 30 students each year and the backdrop for innumerable close friendships and bonds formed by generations of students. But it is perhaps best known as the nexus of well-publicized campus clashes over race and diversity.

Now, organizers of a revitalization plan for the Umoja House are hoping that the stately stone building will be re-introduced to the campus community in early September as a welcoming and inclusive space that benefits and serves the entire campus community.

A ribbon-cutting ceremony and reception is slated for 11:30 a.m. Tuesday, Sept. 2, and is open to everyone. At that time, tours will be offered and remarks will be given by Interim President Kevin Clayton, Provost Pat Farrell, Vice President of Finance and Administration Pat Johnson, Vice Provost for Academic Diversity Henry Odi and Vice Provost of Student Affairs John Smeaton.

An additional open house for students will take place on the afternoon of Sunday, Sept. 7, and will be hosted by Tyrone Russell, director of the Office of Multicultural Affairs.  Russell, who has been involved with Umoja House since 2008, says he’s proud of the evolution of the house.

“Focus groups on changes to the Umoja House go back to 2005, so this has been a long time coming,” said Russell, who has been key to connecting the history of these conversations with the recent plan of action.

“I do believe the improvements to the physical structure of the house provide an opportunity and space to support Lehigh's mission to create an inclusive environment,” Russell said.  “Giving attention to a space created by students, for students, shows our university's commitment to our student voice and experience. And having reservable space for everyone to use is a solid example of how these improvements to the U-house are for the entire campus—inclusion in its most basic form.”

Angela Scott, director of Academic Diversity and Outreach, and leader of the Umoja House project that upgraded both the structure and programming that took place within it, said the goal of her group was to have “everyone to feel welcome there.

“We’ve been collaborating with colleagues in Residence Life and other Student Affairs departments – as well as with representatives from various divisions across the university – to move toward a more vibrant living and learning community,” Scott said. “The overall support from the university has been tremendous.”

The project was on the radar screen for a couple of years, said Scott, but moved to the forefront following an incident in early November last year, when racist language was spray-painted on and around the house. Before the holiday break, a group of Lehigh staff, faculty and students convened to craft a plan for improving the structure and encouraging more academic and social programming. That plan was approved last spring, and work began in earnest over the summer.

The extensive renovations were completed in a few months, and included mechanical, structural and aesthetic upgrades, according to Yasmin Bugaighis-Abdussalam, associate director of Campus Planning and Projects. Also improved were parking, accessibility and lighting. A card access system was installed for additional security.

The project was particularly fulfilling for Bugaighis-Abdussalam, who says she requested the role of project manager.

“It resonated with me, and I wished to be a part of ensuring that it came to fruition,” she said. “From the very beginning, I made a promise to both Henry and Angela that we would have this project ready in time for the student arrivals in Fall '14. I keep my promises, so does Henry, and he provided the celebratory pizza party. I believe in the mission of Umoja House and hope to continue to be a part of its ongoing success, even beyond its physical manifestation.”

While the physical upgrades were being made, Scott worked across divisions on other improvements, such as securing an in-house chef to provide meals on weekend evenings, and the re-imagination of existing spaces to make them more suitable for classroom use and social gatherings.

“David Joseph (executive director of Student Auxiliary Services)  and Ozzie Breiner (director of Residential Services) were supportive of both enhanced dining options and facility renovations,” said Scott, who also extended gratitude to Farrell and Johnson for identifying the funding for the Umoja House renovation.

In addition, both James Peterson, associate professor of English and director of Lehigh’s Africana Studies program, and Carmen Phillips, a post-doctoral Fellow in Africana Studies, accepted the invitation to teach, hold events and host office and study hours in the house during the 2014-15 academic year.

“And we have about 20 more commitments to host events at Umoja House that include everything from Brown Bag lunches, discussion groups, student events, lectures and informal talks and opportunities to interact closely with faculty, administrators and fellow students,” Scott said.

Among the most significant developments was the work of students and administrators  to encourage fellow and first-year students to opt to live in Umoja House. They hosted information sessions and recruited new students in a “strategic plan to fill the house and make sure it thrived,” she said.

This fall, 26 students, including eight first-years, will be assisted by two in-house Gryphons. The students come from all backgrounds, class years and academic majors. One of them is Danielle Taitt ‘16, who felt drawn to the more intimate living environment Umoja House provided.

“While selecting housing at Lehigh, Umoja House sparked my attention simply because it used to be a fraternity house and housed a small number of students. This, by itself, attracted me
because I love getting to know people on an individual level,” she said. “I was sure I did not want to live in a huge first-year dorm.”

Her assumptions were borne out during her first year, when she says she found she loved living, working, studying and cooking with fellow students. “Most of these times we spent together were not forced, but genuine and student-led,” she added.  “I believe the house structure of the building contributes to this.”

The addition of a classroom that is open to all students and faculty, she said, only enhances the environment.

“Many times my peers would ask me about what the Umoja looks like, as if there were a mystique around the house,” Taitt said.  “Being able to reserve spaces and take classes there
gives them a perfect opportunity to not only see the inside of the house, but also to make connections with other peers across campus.”

Smeaton concurred, and noted that the location of Umoja House within a space that was once exclusively occupied by fraternities is another symbol of a changing culture at Lehigh.

“The Hill is a university treasure – one that must be available to and shared by all members of the Lehigh community,” he said. “It belongs to everyone.” 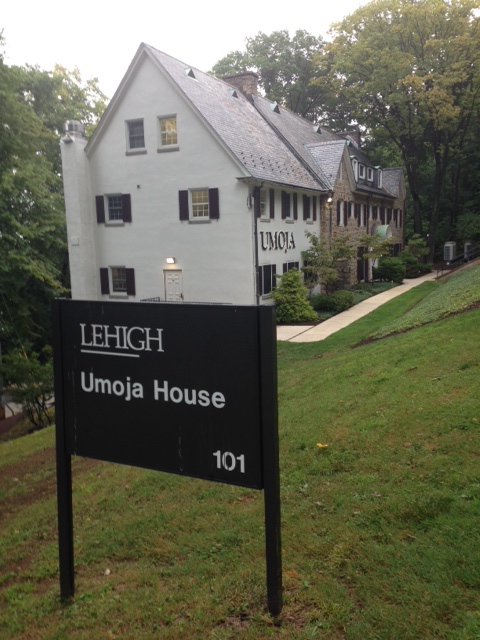 A ribbon-cutting and reception is planned for Sept. 2 at the stately Umoja House, which has been renovated. 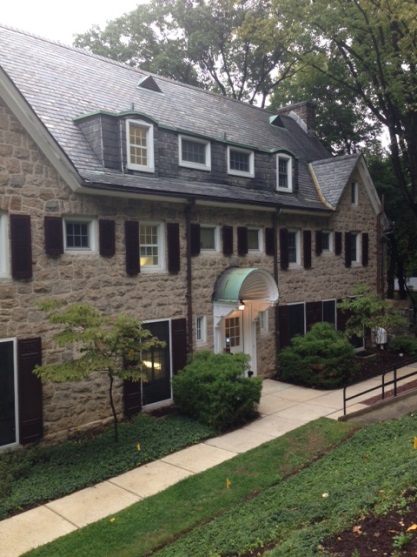 The Umoja House will be re-introduced to the campus community as a welcoming and inclusive space.