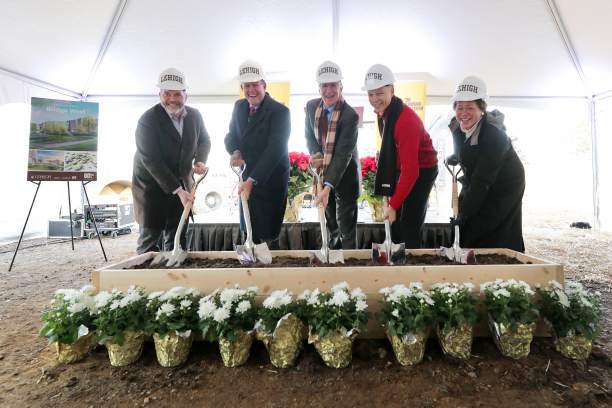 Lehigh has just taken another important step forward along the Path to Prominence.

As finals for the fall semester came to a close, Lehigh officials led by President John Simon gathered for the groundbreaking of the Bridge West residence hall, a new student living facility that, in tandem with the renovated University Center, will bring new vitality and greater social interaction to the very core of campus.

In total, Bridge West will eventually provide housing for 720 students. Its construction, which will develop in two phases, is a key component of Lehigh’s plan to expand its undergraduate student population by approximately 1,000 students. Phase I of the development is expected to open by fall 2020.

“Everyone at Lehigh—senior leaders, staff, faculty—is committed to providing our students with the education and experiences that will enable them to go out into the world and make a difference,” Simon said. ”A cornerstone of the student experience is residential living. I’ve said all along that the Path to Prominence is about respecting and honoring Lehigh’s past while positioning it for an even greater future. And that, in a nutshell, is what we are doing with the Bridge West/University Center project.”

Robert L. Brown III '78, vice chair of the Lehigh Board of Trustees, said that he and his fellow trustees share in the excitement being generated by the Path to Prominence. The momentum being created by Bridge West and other Path to Prominence projects will see Lehigh “raised to even greater heights,” he said.

“First and foremost, Bridge West will bring a modern living complex to the very heart of campus,”  Brown said. “It will join with the newly renovated University Center to form a campus crossroads where students can work, collaborate, and socialize. Together, Bridge West and the University Center will unify our campus community, strengthen our already great traditions, and create an environment that promotes connections. And that is exactly what a world-class residential university should do—and what it should be for its students.”

The launch of the Bridge West project comes as momentum builds around some of the key components of the Path to Prominence plan.

Construction continues on the SouthSide Commons residential facility at Brodhead and Packer Avenues, with work set to be completed in time for the 2019-2020 academic year. Preliminary work has begun on the planned renovations to the University Center, a project that will see the historic facility expanded and reimagined to meet the needs of the students of today and tomorrow. The University Center project is being supported by a $20 million gift from Lehigh Board Chair Kevin L. Clayton and his wife, Lisa A. Clayton. The gift was announced during the launch of GO: The Campaign for Lehigh, a $1 billion-plus fundraising and engagement effort that will support key components of the Path to Prominence Plan.

Additionally, renovations continue at Chandler-Ullmann Hall, and planning work is nearing completion for the new Health, Science & Technology Building. That academic facility, to be built at the northwest corner of campus on the current site of the Whitaker parking lot, will provide Lehigh faculty and students modern, expansive teaching and research spaces, and will also eventually become home to the new College of Health.

Ricardo Hall, Lehigh’s vice provost for student affairs, noted that while the university is pushing forward on several major building projects, and while those projects are necessary to support Lehigh’s forward trajectory, it will be the students who live, work and study in these buildings that will ultimately bring them to life.

“Bridge West will provide living space that appeals to all students,” Hall said. “And because they’re Lehigh students, we fully expect they will utilize every inch of the space for every second of every day. They will use the space in ways we have not imagined and will make it their own. Formal space, informal space, will also be ‘Lehigh student space’ and they will do what students do best: they will imagine an even better Lehigh and an even brighter world.”

To learn more about the exciting initiatives that are shaping the future of Lehigh, visit the Path to Prominence site and GO: The Campaign for Lehigh. 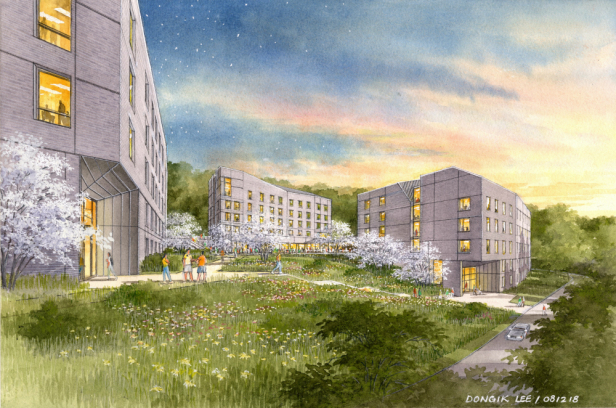 The Bridge West residence hall will eventually house 720 Lehigh students at the very heart of campus. 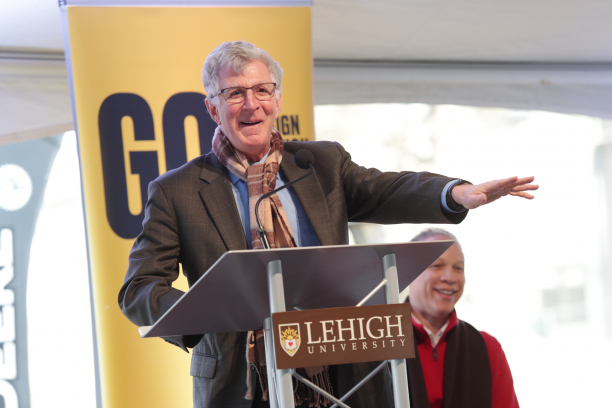 President Simon said the Bridge West project, in tandem with the renovation of the University Center, would help push forward a "total reimagining of the Lehigh student experience." 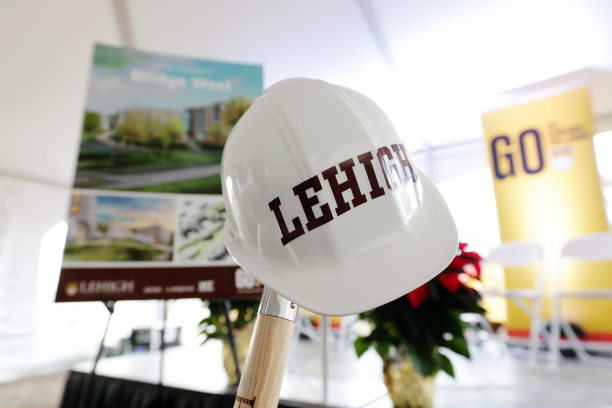