Arnold H. Kritz, professor emeritus of physics, died recently at the age of 83. Kritz was a leading figure in the area of computational plasma physics, recognized internationally for characterizing radio frequency heating of plasmas as well as for characterizing the transport of particles and heat in plasma.

A funeral service was held for Kritz April 17 in Pennsylvania followed by a burial in Rhode Island.

Volkmar Dierolf, professor and chair of the department of physics, noted that Kritz’s research and reputation as a scientist helped put the department on its current trajectory of success.

"Arnold was an extremely hard-working member of our faculty and a truly exceptional internationally recognized scholar,” Dierolf said. “He was the pillar of Lehigh's computational fusion research program that has been funded by the Department of Energy for more than 20 years. This program is world-renowned and provided international visibility for our department. In his seven years as department chair in the 1990s, he provided critical leadership during difficult times. He put in place policies and best practices that allows the department to be successful and very collegial.”

For H. Daniel Ou-Yang, professor of physics and bioengineering and director of the Emulsion Polymers Institute, Kritz was a long-time friend and colleague.

"I had the great fortune of knowing Arnold as a friend, a mentor and a colleague. His wisdom and advice were important to me over the years,” Ou-Yang said. “He was demanding, tough, yet caring, a teacher who brought out the best in his students and his collaborators. He was deeply committed and passionate to his research. He cared deeply about the department’s place within the Lehigh community, and he worked extremely hard in putting Lehigh on the global map of nuclear fusion research. All who knew Arnold understand how greatly he will be missed."

Because of Kritz’s work in the field of computational physics, computer codes describing the propagation of electron cyclotron waves for heating and generating currents in plasma are routinely used worldwide, both for understanding present-day experiments and for planning new experiments on devices seeking to confine plasma with powerful magnetic fields for the purpose of nuclear fusion as a future source of energy.

As computers became more powerful, and the need to simulate accurately expensive experiments in nuclear fusion became more acute, Kritz played a crucial role in shaping nationally the way computational physics in large computing environments should be approached within the fusion community.  He played this role through his personal research, as chair of physics departments at two universities, and through a four-year period at the U. S. Department of Energy in charge of the Modeling and Simulation Branch of the Office of Fusion Energy Sciences.

Kritz’s contributions to his discipline were recognized. When he was named a Fellow of the American Physical Society, he was cited “for the development of simulation tools to study wave heating, current drive, and transport in plasmas, and for inspired leadership in a teamed approach to large computations.”

A native of Providence, Rhode Island, Kritz received his bachelor of science degree from Brown University in 1956 and his Ph.D. in physics from Yale University in 1961. After working several years conducting research for General Dynamics, he joined Hunter College in 1969, where he later served a chair of the department of physics. In 1991, Kritz was recruited to join the department of physics at Lehigh University, serving as its chair from 1991 to 1998.   As chair, he helped junior faculty expand the department's research portfolio.  Concurrently, he led his own research program exploring nuclear fusion. He led large, multi-institutional collaborations that included research centers across the world, including, among many other centers, the Princeton Plasma Physics Laboratory, MIT, New York University and the Lawrence Livermore National Laboratory.

Kritz was himself for many years a Visiting Research Fellow at the Princeton Plasma Physics Laboratory.  On three occasions he spent academic leaves as a visiting research professor at the Centre de Recherches en Physique des Plasmas in Lausanne, Switzerland. In addition, besides at several U.S. national laboratories, he held international visiting appointments at major laboratories in the United Kingdom, the Netherlands, Australia, Centre Canadien de Canada, Denmark and Germany.  Recently, he served on the International Advisory Committee for the Center for Magnetic Fusion Theory in Hefei, China.  In addition to his many advanced research articles, Professor Kritz also published two books on undergraduate physics, including the very popular Introduction to Problem Solving.

In 2005, a two-day symposium on the future of integrated modeling was held in celebration of Kritz’s 70th birthday. The large international audience included many scientists who had worked with Kritz throughout his career.

Off campus, Kitz was an active member of Congregation Brith Shalom in Bethlehem, Pennsylvania, where he served as a member of the Chevra Kadisha. He also served the community as a board member of the Jewish Federation. In recent years he became a member of Congregation Sons of Israel in Allentown, Pennsylvania. Kritz also volunteered with Boy Scout troops for many years, and organized long-distance hiking and canoeing trips. In recent years, he rekindled his love of duplicate bridge, where he earned the title of Life Master with over 2,600 points. Kritz traveled extensively with his wife, Barbara, during their 60-year marriage. He is survived by his wife, three children, nine grandchildren, and a great grandchild. 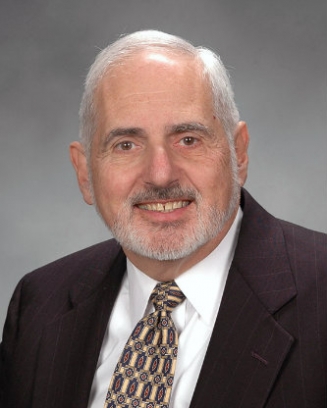 Arnold H. Kritz is remembered as someone who brought out the best in his students and his collaborators.