'If you build it, scientists will come' 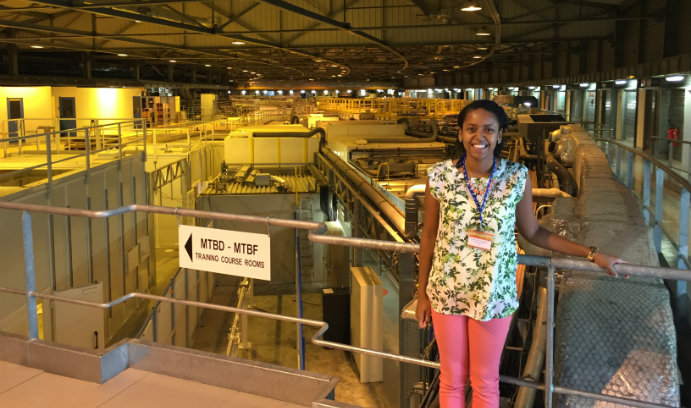 Krystle McLaughlin, professor of practice in Lehigh's department of biological sciences, presented at the the first African Light Source Conference and Workshop at the European Synchrotron Radiation Facility (ESRF) in Grenoble, France.

Africa is the only continent without a synchrotron light source. But a group of scientists, students and supporters have set out to change that. Their efforts kicked into high gear recently at the first African Light Source Conference and Workshop at the European Synchrotron Radiation Facility (ESRF) in Grenoble, France.

Synchrotron radiation has revolutionized basic and applied research in many scientific and technological disciplines. A synchrotron light source is a particle accelerator that allows scientists to generate electromagnetic rays that can be used to gather information about the structural and chemical properties of materials at the molecular level. Major applications include research in condensed matter physics, materials science, biology and medicine.

According to www.lightsources.org–a global resource for light source facilities around the world–more than 30,000 scientists and engineers conduct basic and applied research at synchrotron radiation facilities in many Asian countries, Australia, Brazil, Canada, many European countries, and the United States.

“Currently, South African scientists must fly to France to use the ESRF for research using synchrotron radiation, which is cost prohibitive,” said McLaughlin.

In addition to lowering costs and increasing access, an African facility would enable a focus on cures and treatments of diseases that affect the region disproportionately.

In 1996 the first South American synchrotron was built in Brazil, and it now has over 2,000 users.  Since its initial creation, the Brazilian synchrotron has made significant headway on a disease common in the area, called Chagas disease.

McLaughlin and others involved in the project believe that having a synchrotron in Africa would accelerate research to address diseases that are having a significant impact on populations in Africa. For example, researchers could focus on creating a vaccine for the strain of HIV that is most prevalent in the region. Without a synchrotron, it is difficult to conduct the experiments necessary to advance the field.

“One of the reasons that a vaccine might not yet be available for Malaria or Ebola is because it’s not a Western-world problem,” said McLaughlin. “Understandably, scientists in Europe and the Americas tend to focus their research on the problems and diseases that most affect their populations.”

Another benefit to building a synchrotron in Africa, McLaughlin explained, is the impact it would have on growth by creating jobs, stimulating the economy and attracting new residents.

Added McLaughlin: “Within 30 years, South America went from having no synchrotron to having an entire industry built around it in Brazil.”

Students in the SEA PHAGES program participate in research-focused phage genomics courses in which the genomes of novel bacteriophages (viruses that infect bacteria), isolated from local soil samples, are characterized by sequencing, gene annotation methods, and molecular genetic analyses. Lehigh students have identified unique phage proteins that are the focus of McLaughlin’s research.

McLaughlin said phage research was popular in the early 1900s as a promising path to developing treatments for bacterial infections, before antibiotics were discovered.

“Today, antibiotic resistance is a real challenge and strains of many diseases, such as tuberculosis, are becoming completely drug resistant,” said McLaughlin.

She hopes that learning more about phages and how they work will lead to phage therapy as an alternative to antibiotic treatment.  Synchrotrons, as a source of high-energy X-ray radiation, are essential for McLaughlin’s research.

The United States currently has 11 synchrotrons. Among the achievements at the November conference was a roadmap for what needs to be accomplished over the next five years to make the first synchrotron in Africa a reality. McLaughlin was elected to the steering committee whose first task will be to choose an executive board. Among the challenges: identifying a location for the facility and raising the funds to build it.

The committee anticipates that in 10 years there will be a synchrotron light source on the continent of Africa.

"It will open up an amazing amount of scientific research in the region," said McLaughlin. “If you build it, scientists will come."

Emma Fried contributed to this report. 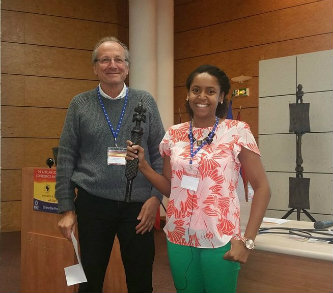 From left, Dr. Paul Dumas, of the SOLEIL synchrotron facility near Paris, France, and Krystle McLaughlin, professor of practice in Lehigh's department of biological sciences.McLaughlin, pictured prior to her talk, is holding a traditional African speaking stick. 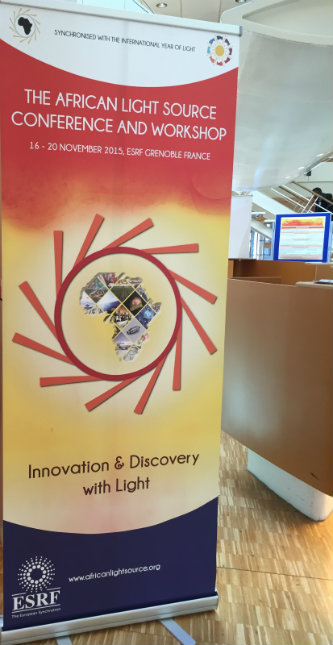