George J. DuPaul, professor of school psychology, has been appointed as the associate dean for research in Lehigh’s College of Education.

DuPaul joined Lehigh in 1992. During his academic tenure, he has served administrative roles that included both associate chair and chair of the Department of Education and Human Services as well as director of the school psychology program. He has been principal or co-principal investigator on many federal, state and private foundation research and training grants totaling over $16 million. Further, he is prior recipient of the Eleanor and Joseph F. Libsch Research Award at Lehigh (2002), Senior Scientist Award for Division 16 (School Psychology) of the American Psychological Association (2008), and was named to the Children and Adults with ADHD (CHADD) Hall of Fame in 2008.

The associate dean for research is responsible for improving the robust research profile of the College of Education through supporting faculty and students to engage in important scholarly activity that directly impacts practice in education and mental health services.

“George is an exemplary researcher whose work epitomizes the values of the College in that it is field-based, socially useful and expertly executed,” says William Gaudelli, dean of the College of Education. “His leadership will be invaluable to the continued and growing prominence of scholarship produced at the College. ”

DuPaul said he is “honored and humbled to be named to this position. I look forward to the opportunity to work with Dean Gaudelli and my faculty, staff and student colleagues in supporting the continued growth of research and knowledge generation in the COE.”

DuPaul’s primary research interest is the assessment and treatment of individuals with (ADHD) attention-deficit/hyperactivity disorder and related behavior disorders. Specifically, he conducts research on school-based academic and behavioral interventions for youth in K-12 settings; early intervention for young children at-risk for ADHD; and the assessment and treatment of college students with significant ADHD symptoms. He also has interests in health promotion and pediatric psychology, having directed student-led studies related to nutrition education, asthma and psychopharmacology. 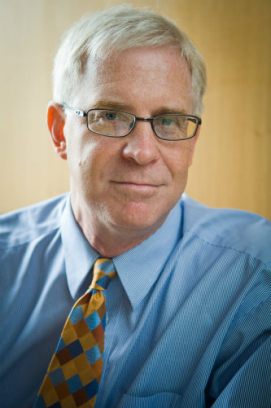 George J. DuPaul has been appointed as the associate dean for research in Lehigh’s College of Education.