Dan Frangopol, a structural engineer known internationally for his contributions to life-cycle engineering, has been elected vice president of the Engineering Mechanics Institute (EMI) of the American Society of Civil Engineers (ASCE). Frangopol previously served EMI as an ASCE presidential appointee to its Board of Governors.

The one-year appointment caps off an ambitious year for Frangopol, who is the first holder of the Fazlur R. Khan Endowed Chair of Structural Engineering and Architecture at Lehigh. Conference and lecture invitations have taken the professor of civil and environmental engineering to six cities on three continents in recent months.

In September, Frangopol presented a keynote lecture in Madrid at the International Association for Bridge and Structural Engineering (IABSE)  Symposium on Engineering in Progress, Nature and People.

In October, he was named an honorary member of the Australian Group of the International Association for Bridge Maintenance and Safety (IABMAS) at the Ninth Austroads Bridge Conference (ABC 2014) in Sydney. He presented the opening plenary lecture at the conference.

Frangopol travelled to Tokyo in November to give the Fazlur R. Khan Plenary Lecture at the Fourth International Symposium on Life-Cycle Civil Engineering (IALCCE2014). His talk was the only named lecture presented at the symposium.

While in Tokyo, Frangopol attended the 100th Anniversary Celebration of the Japan Society of Civil Engineers (JSCE) International Workshop on Sustainability and Resilience of Infrastructures Based on Maintenance and Management. He opened the event as the keynote lecturer.

An estimated 100 attendees heard Frangopol’s lecture at the Polytechnic University of Milan in December.

Among his many presentation commitments in 2014, Frangopol also served as co-chairman of two conferences co-sponsored by Lehigh’s P.C. Rossin College of Engineering and Applied Science.

In July, 728 participants from 37 countries attended the Seventh International Conference on Bridge Maintenance, Safety and Management (IABMAS 2014) in Shanghai. A total of 48 mini-symposia, special sessions and general sessions ran concurrently throughout the conference.

The new year began with two of Frangopol’s graduate students earning their doctorates. Benjin Zhu is employed as an engineering associate for Rizzo Associates in Pittsburgh. Mohamed Soliman is a postdoctoral research associate in the ATLSS (Advanced Technologies for Large Structural Systems) Center at Lehigh. 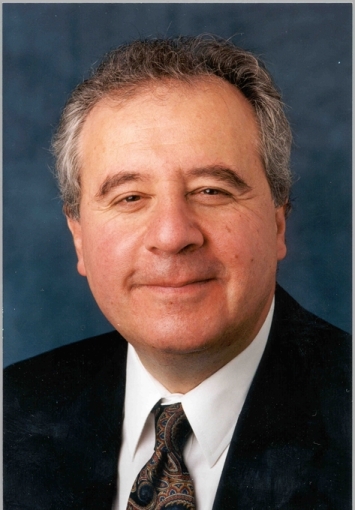 Dan Frangopol, a pioneer in the field of life-cycle engineering, has delivered numerous keynote lectures at conferences in the past year.