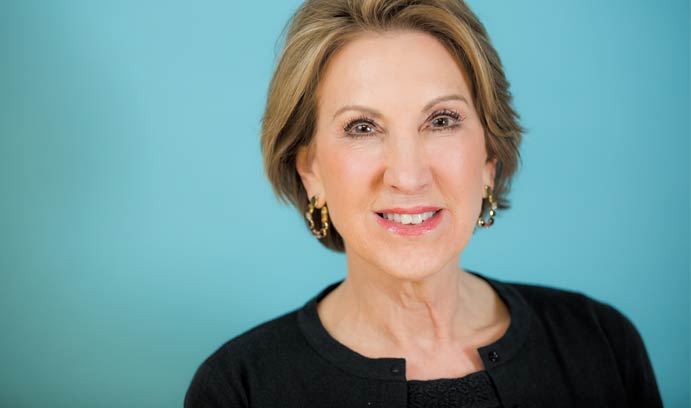 Does anyone looking at the political landscape today really think that ethics and respect matter, when assessing what’s successful?

That’s the problem. ... What we learn in history is that people who are held up later as very ethical people, at the time frequently were not. No. If all you did was look at what it takes to become famous and what it takes to rise in the political system, what might you conclude? I need to be outrageous, I need to make a splash, I need to win by any means necessary, I need to have power. None of that suggests ethics. So of course people can conclude ethics doesn’t matter, character doesn’t matter, none of that stuff matters. Yes, people could conclude that.

You indicate, though, that ethics and respect do matter. Given the level of political vitriol in the country, how can we restore civility?
I really have concluded that instead of asking the politicians to change, that we have to decide that they will not lead us. What do I mean by that? It’s one thing to have politicians hurl insults at each other. It’s another thing for citizens in our communities to start doing it to each other. What I worry about is, that politics drift down. It’s an infection. It’s a contagion. It’s a decision not to be infected by that, and to say, You know what, you and I may not agree on something, maybe we voted for different people, maybe we’re in different political parties, but we still have to collaborate. ... We have to find a way to respect each other and empathize with each other. I do think that being respectful is a choice. I think being a leader is a choice. I think it’s a choice a lot of politicians choose not to make, but it’s a choice we can make.

What is key to leading? Is it different for women?
First you have to decide, ok, I want to solve problems, and to do that...it takes collaboration. Women are very often natural leaders because they do collaborate. ... When I started out, I didn’t have a plan to get ahead; I was trying not to get fired. And the only way that I could succeed is, I had to produce results. And the only way I could produce results [was to] solve problems. Women are not granted the presumption of competence. Men are granted the presumption. ... Women have to prove it, every single day. On the other hand, because we have to prove it, we learn to produce results. ... But there’s no getting around the fact that leadership also takes courage and character and that you have to withstand the criticism. ....

With the rise of the #MeToo movement, we saw several high-profile men held accountable for sexual harassment. How can we be sure times really are a-changin’?
The times won’t change until men get engaged, because women had been standing up over and over and over. Yes, the #MeToo movement is different because we have social media, etc., and yes, people have come tumbling down that we never would have imagined could have been held accountable. ... All of that’s good. But the change won’t be lasting, in my opinion, unless and until men also stand up and say, we don’t admire this any more…. A good man doesn’t abuse his power in this way.

This interview was edited for space and clarity.