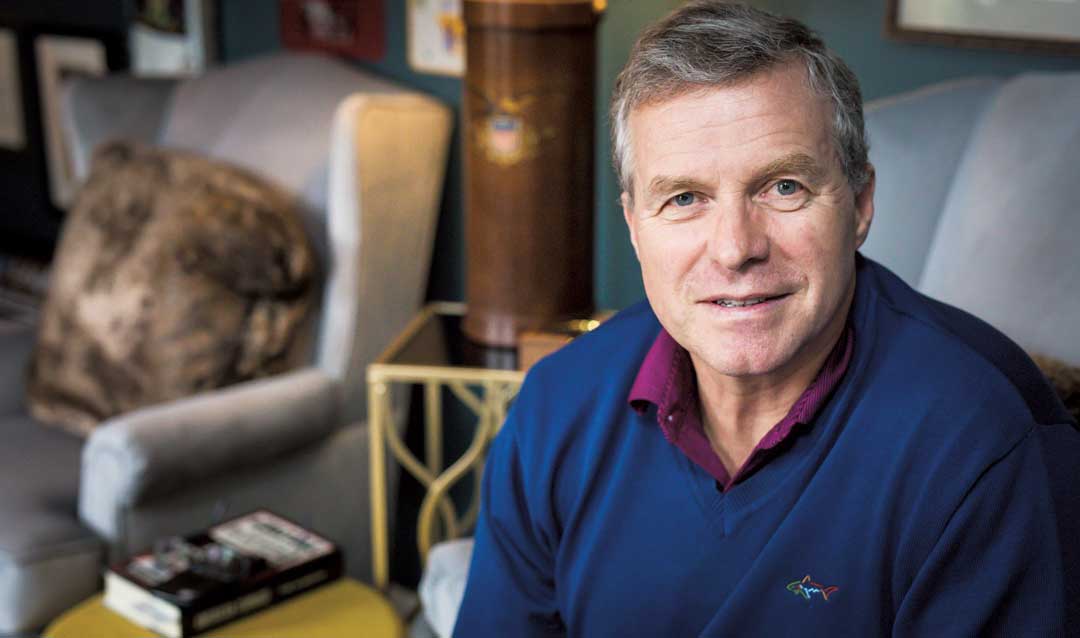 Former U.S. Rep. Charlie Dent sits down with the Bulletin to talk about the anger in politics.

Former U.S. Rep. Charlie Dent, who earned his master’s in public administration from Lehigh in 1993, returned to the university in February to meet with students and to deliver the 2020 Kenner Lecture on Cultural Understanding.

A leader of the GOP’s moderate bloc while in the House, Dent stepped down from Congress in 2018 after 27 years in public office—first as a state lawmaker in Pennsylvania, then, since 2005, as the U.S. Representative for his Allentown, Pa.-based district. He chaired the House Appropriations subcommittee on military construction, veterans
affairs and related agencies.

Dent now appears frequently as a CNN political commentator, and he is a senior policy advisor for DLA Piper law firm in Washington, D.C.

Prior to the Kenner Lecture, the Bulletin caught up with Dent at his home in Lehigh County, Pa., for a conversation about the politics of anger, the state of affairs in Washington and the challenges for centrist problem-solvers.

Anger seems to be increasingly pervasive in today’s politics. Why?

There’s always been a fair amount of anger in American politics. I don’t think anger’s new. What is different is, a lot of folks have figured out a way to monetize that anger. What I mean by that is, on the right, you’ve got talk radio, you’ve got cable news programs, Fox and others, that have been able to monetize, what I’ll say is, conservative anger. The left monetizes [anger] too, in social media. So each side has figured out a way to monetize this. And they do it because they’re trying to get market share. They need ratings, clicks, eyeballs, that sort of thing. That’s what drives their business model. … They’re never going to be able to drive ratings by saying, Didn’t those guys in Congress do a good job on this piece of legislation, how they brought this thing together in a bipartisan manner?  There’s no money in it for that.

But what about the angry politicians?

They’re a reflection of the broader political environment. Many politicians feel their political reward is to tack closer to their political base. … It’s safer to be there. They see a lot less reward for consensus or compromise. There was a time when I thought maybe the electorate was more inclined to reward politicians who sought consensus or compromise. Today, not as much. And again, many members of Congress represent districts that are decidedly Republican or Democrat. There are very few who represent marginal districts like I did. 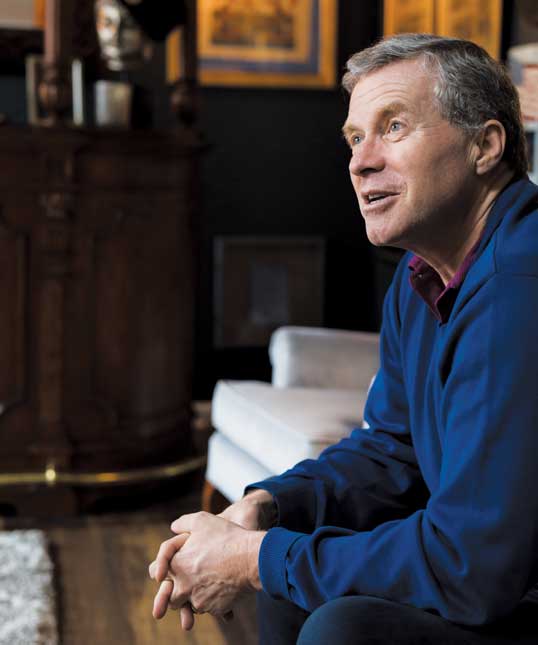 When does anger work? When does it backfire?

The anger works in fundraising. I mean, you send out the mass email or mass mailing, The barbarians are coming over the gates. All politicians have done that, They’re coming after me. … You need to send me money and protect me. That’s where it works. Where it doesn’t always work is when you have to actually govern, you have to actually pass bills into law. At some point, you have to get beyond your anger and beyond your differences and figure out what’s achievable and what’s not. That requires some degree of calm and considerable judgment. I think the anger prevents a lot of folks from getting to “yes.”

As a former lawmaker, are you concerned about what is happening in Washington?

Well, yeah. The place has been fairly paralyzed. It’s really tough to get much done, although I was impressed that [Congress was] able to get a budget bill done, a spending bill, and the trade agreement in the House, the same week of impeachment [in December]. I was surprised. They cleared a lot off the deck. ... But by and large, they’re not really dealing with a lot of big issues.

How can we restore civility in our civil discourse, whether on social media or elsewhere?

Part of the challenge of restoring civility in civil discourse is that people tend to get their information from sources they’re comfortable with, and those sources tend to reinforce their existing opinions or biases. …  A lot of people don’t flip the dial or go to a different [web]site. That’s what makes this harder. Their opinions are reinforced. When that happens, when there’s not a common, agreed-upon set of facts or standards, that makes everything more challenging. At least in Congress, the way you need to get things done is, you have to be able to compartmentalize your fights. One has to be able to recognize that today’s adversaries are tomorrow’s allies. And so, try to keep your debate confined to the issues at hand. ... Try not to personalize things. And I always said, it’s alright to leave something on the table once in a while … I think a lot of folks don’t have that ability to compartmentalize.

In Congress, you were considered a moderate. What are the challenges for centrist problem-solvers?

You know, anytime you get in the middle of the road, you’re more likely to get run over. (laughs). One of the challenges for the people in the center is, as I’ve said earlier, there’s not always a political reward for achieving a consensus or compromise. In recent years, on the right you had the Tea Party elements and others who are always arguing against compromise. On the left, you’ve got that AOC squad [Alexandria Ocasio-Cortez of New York, Ilhan Omar of Minnesota, Ayanna Pressley of Massachusetts and Rashida Tlaib of Michigan], insurgent wing of the Democratic Party, driven by [presidential candidate] Bernie Sanders. …

Can we expect that you’ll return to politics?

I learned a long time ago, never say never. But I have no plans to.