First at the Academic Finish Line

Knouse, a finance major and native of Perkasie, Pennsylvania, posted a 3.94 GPA throughout his four years at Lehigh. He made the Dean’s List, earning at least a 3.6 GPA every semester, while also landing on the Patriot League Academic Honor Roll every year. Knouse finished fifth in the 10,000-meter race at the outdoor Patriot League Championships with a time of 31:55.78. He also ran the 5,000-meter race at the league championship meet and placed tenth. This is the first Academic All-League honor of his career.

Beauchamp, a native of Spencer, New York, holds a 3.74 GPA as an electrical engineering major. He was named to the Capital One Academic All-District Team in 2012-13 and was also a 2013 Academic All-Patriot League representative. Beauchamp earned second-team All-Patriot League status at this season’s outdoor championship meet after finishing second in the discus throw with a launch of 50.07 meters. He also competed in the hammer throw and placed 11th. 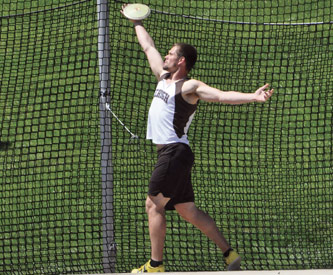 Benjamin Beauchamp ’14 was tops as scholar and athlete. 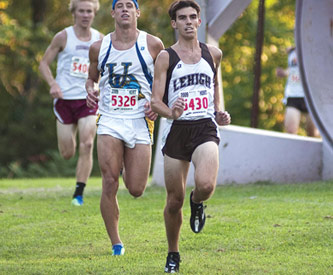 Ryan Knouse ’14 (front) was tops as scholar and athlete.