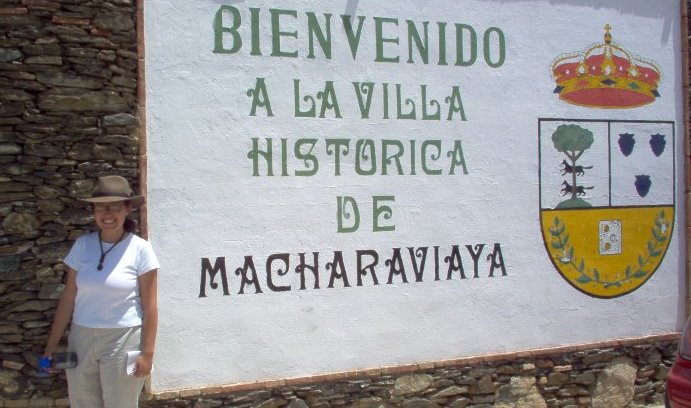 Corruption was rife in the Spanish Empire of the 18th century, says Barbara Zepeda Cortés, and laws regulating it were as numerous as they were useless.

“From Madrid to Manila and from Oregon to Patagonia,” says Zepeda Cortés, “the Spanish world had laws against appointing family members to office, against smuggling, against stealing money from the state treasury. In practice, though, the enforcement of laws was not impressive due in part to the vastness of Spain’s colonial possessions, and corruption was everywhere.”

In 1765, King Charles III appointed José de Gálvez visitor general and dispatched him to New Spain (Mexico) to enforce the laws that were being flouted. Gálvez undertook his mission with zeal, says Zepeda Cortés, but he was opposed by local interests and corrupted by the vast powers he was granted, and his reforms were undermined by new excesses of favoritism and nepotism.

And in an unexpected twist, much of the Gálvez legacy was written by the female heirs who inherited his fortune.

Zepeda Cortés, an assistant professor of history, has received a Paul J. Franz Junior Faculty Fellowship to write a book about Gálvez and about the daughter and nieces who spent his fortune in the 18th and 19th centuries. Gálvez is well-known to historians, but his heirs are not. The most recent book about him, by Herbert Priestley, was published in 1916 and covers mostly his seven-year tenure as visitor general.

The state monopoly as a tool of reform

José de Gálvez (1720-87) was born in Macharaviaya, a poor village of 60 scattered homes in the mountains of Málaga in southern Spain. Little is known of his early life. He claimed nobility as did many other people of humble origins in 18th-century Spain.

Gálvez became visitor general during the era of the Bourbon reforms. These traced their genealogy to the efforts by King Louis XIV of France to strengthen the monarchy by creating state monopolies to regulate the production and sale of consumer products.

Gálvez established monopolies on tobacco, salt and gunpowder, requiring producers to sell exclusively to the state and consumers to purchase in state stores. He also organized a monopoly on playing cards and decreed later, as head of Spain’s colonial office from 1776 until 1787, that they be produced only in his native village.

While Gálvez was visitor general, the Spanish Empire was expanding into California. Gálvez supported the creation of Franciscan missions in what is now Southern California and dispatched armies to fight the semi-nomadic Indians in Sonora. But he lost his mind for six months. Disappointed in the performance of the Spanish military, he vowed to send an army of monkeys, in uniform, to defeat the Sonoran Indians.

Gálvez, says Zepeda Cortés, found corruption everywhere in New Spain. In seeking to enforce existing laws, he ran up against local interests: the colonies had been autonomous for 250 years and were separated from Spain by the Atlantic Ocean.

To advance his reforms, Gálvez began appointing his friends, family members and people he could trust to key posts. He used his influence to install his brother, Matias, and his nephew, Bernardo, as viceroys of New Spain. He demanded higher salaries for his cronies and became himself the best-paid minister in the king’s cabinet.

“One motive for these higher salaries,” says Zepeda Cortés, “was so that ministers would not be tempted by bribes. But by appointing his brother and nephew to high positions, he ended up looking like the corrupt people whom he was trying to fight.

“I argue that nepotism in those times was okay. No one criticized you if you gave your brother a good position; it was seen as normal to help your family. But José de Gálvez crossed an invisible line and was criticized by other ministers. After he died, there was a backlash and some of his reforms were reversed.”

Gálvez and his three brothers left a large fortune but few offspring. All were women, and all were active in philanthropy, in politics, in culture. Josefa de Gálvez, José’s daughter, used her portion of the family inheritance to fight Napoleon and also to help her mother build a palace in Madrid that is now the Ministry of Justice.

Maria Rosa Gálvez de Cabrera, adopted daughter of Antonio de Gálvez, head of the Port of Cadiz, became a poet and playwright with what some have called an early feminist point of view.

Bernardo de Gálvez was a hero of the American Revolution, winning the Siege of Pensacola against British forces. The city of Galveston, Texas, is named for him. Of his three children, only Matilde survived; she married a Neapolitan and had three daughters. One married into an old and powerful family in Naples. The other two never married and spent their fortune building a monumental church that, says Zepeda Cortés, is an “architectural treasure.”

“A fortune made by men with positions in the empire was inherited and spent by women in Spain and Naples,” says Zepeda Cortés. “It gave these women a life few women then could have. It really surprises me how much Gálvez’s widow and daughter invested in charity, in institutions to educate orphan girls, in improving the lives of imprisoned women.”

In writing her book, Zepeda Cortés will conduct research in Spain and Italy. In addition to “following the money” as it was spent by the Gálvez heiresses, she plans to investigate how Gálvez pursued his goals against the background of the 18th-century Spanish Empire and its social networks and power plays.

“Gálvez had this contradiction in his own life,” says Zepeda Cortés. “Reforms involved political strife. There was so much opposition, but in order to fight it, he had to create his own group. He squeezed the system like nobody had done before.” 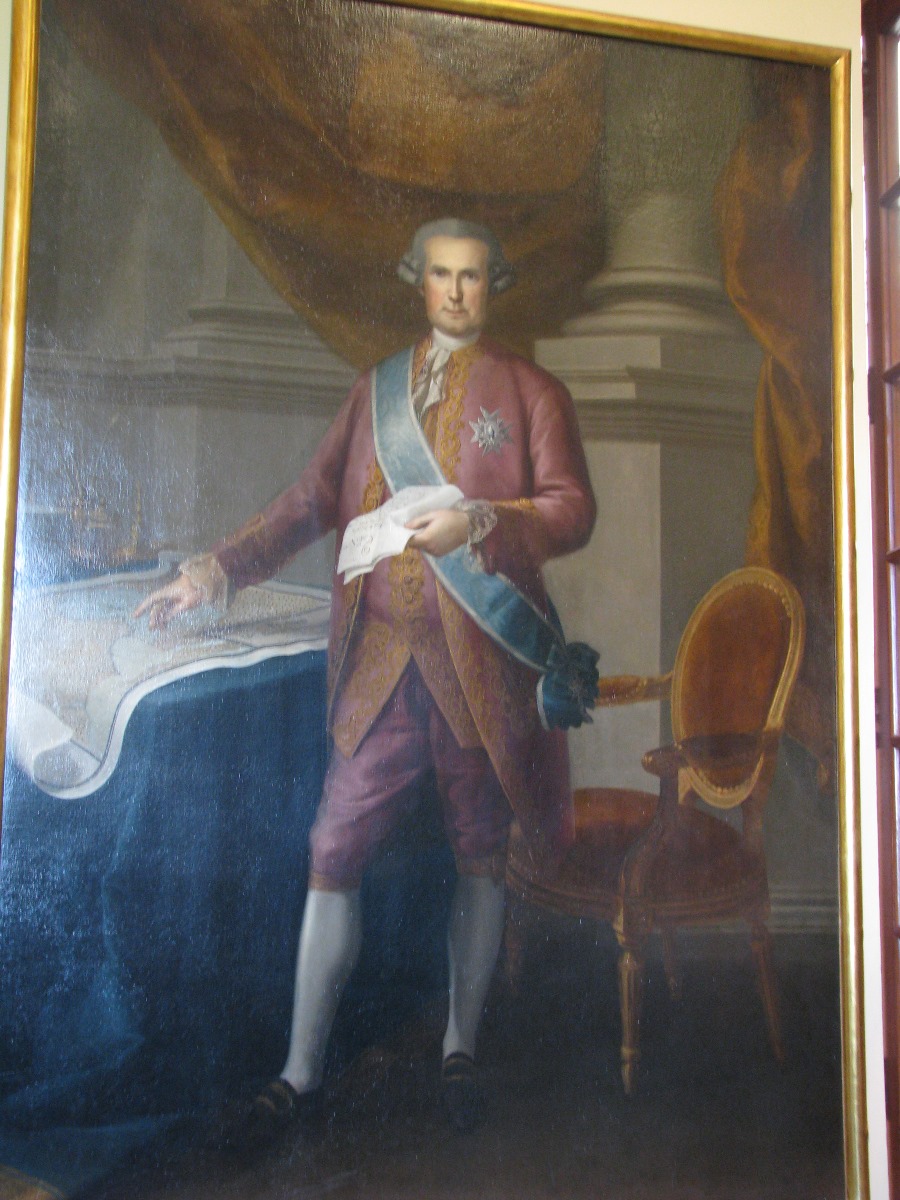 This painting of José de Gálvez, which shows him when he was head of the Spanish colonial office, is on display at the National History Museum in Chapultepec Castle in Mexico City. It celebrates a family achievement—the capture of Pensacola during the American Revolution by Bernardo de Gálvez, nephew of José. 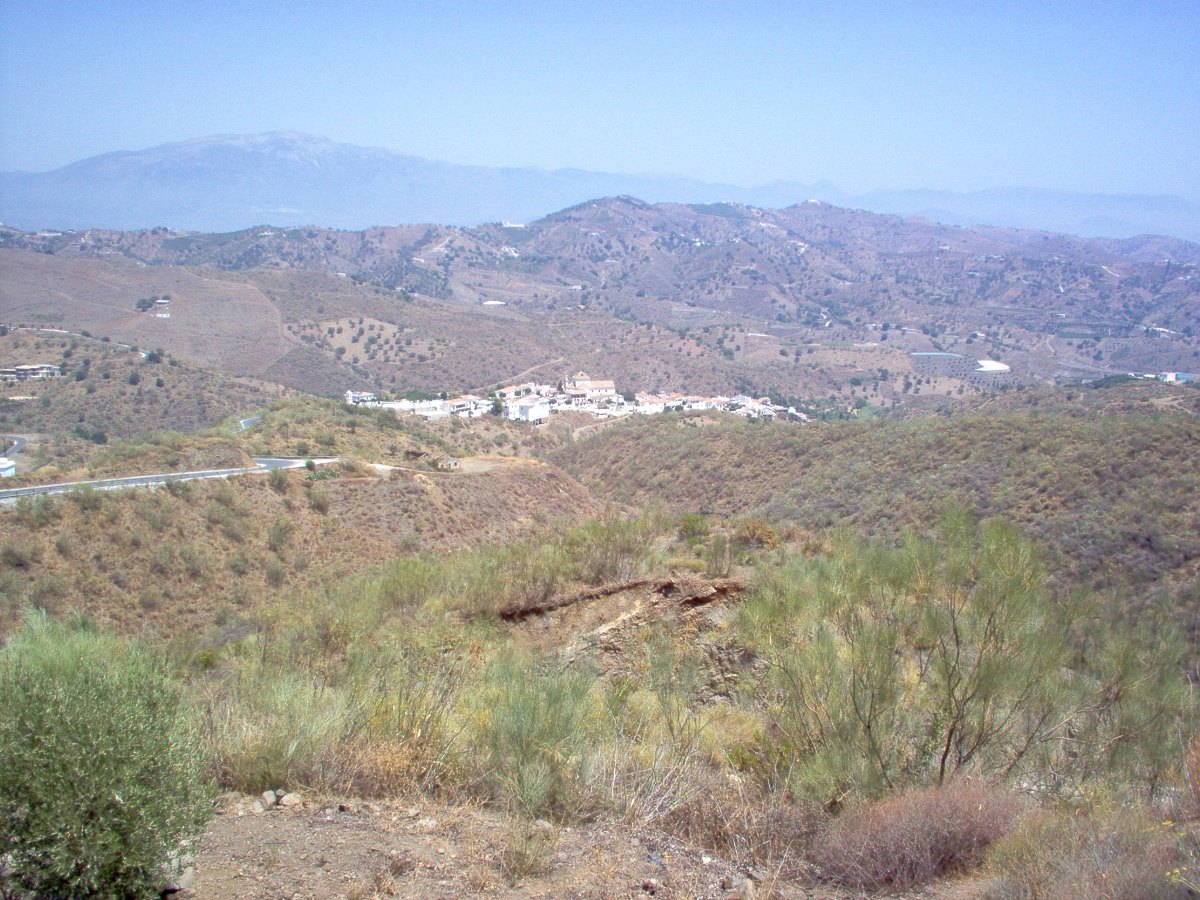 The tiny village of Macharaviaya in Málaga, Spain, says Zepeda Cortés, is no bigger today than it was when Gálvez was born there nearly three centuries ago. 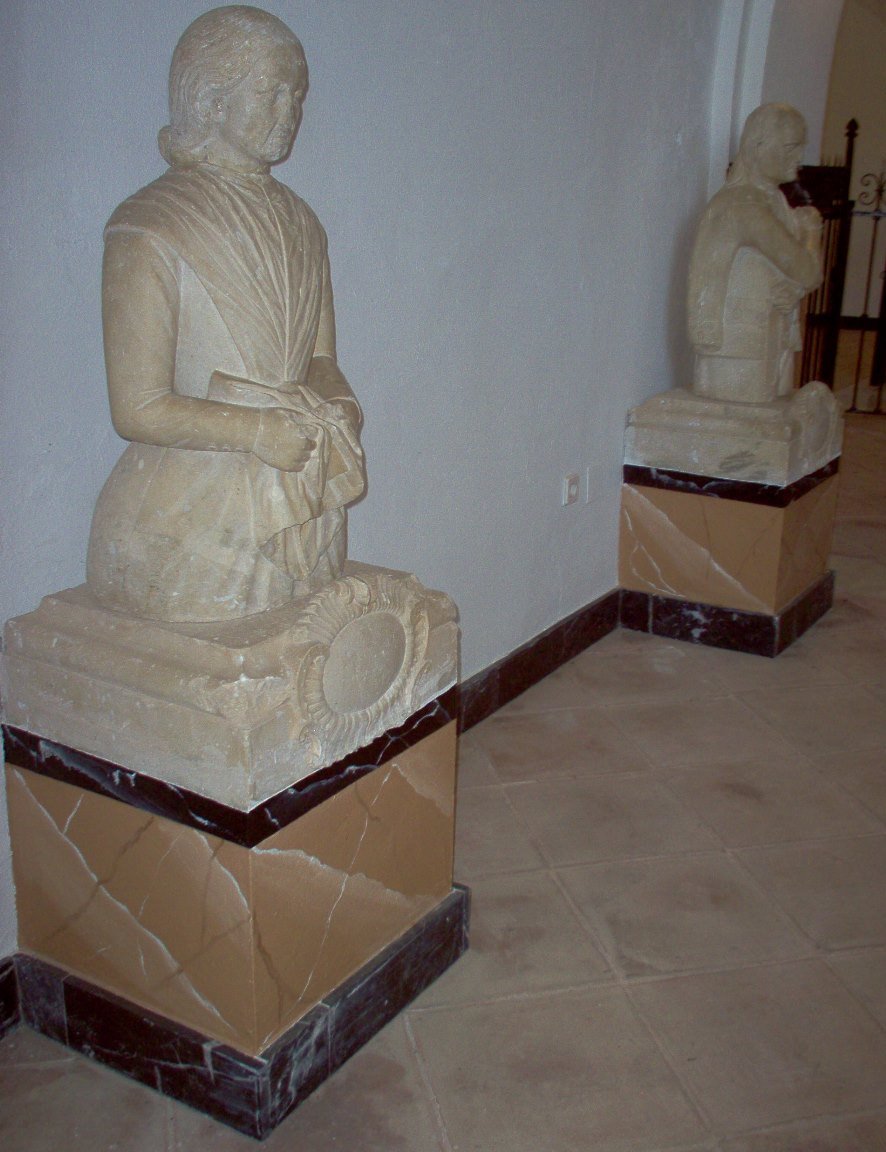 This statue of Ana Gallardo, mother of the Gálvez clan, stands in the family’s burial chamber in Macharaviaya. 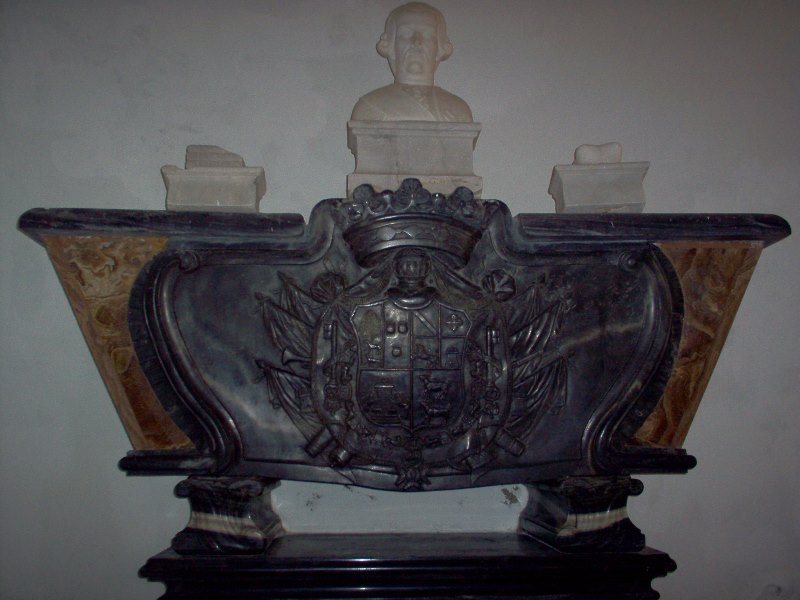 José de Gálvez´s tomb also lies in the family’s burial chamber, the construction of which was financed by Gálvez and his brothers.