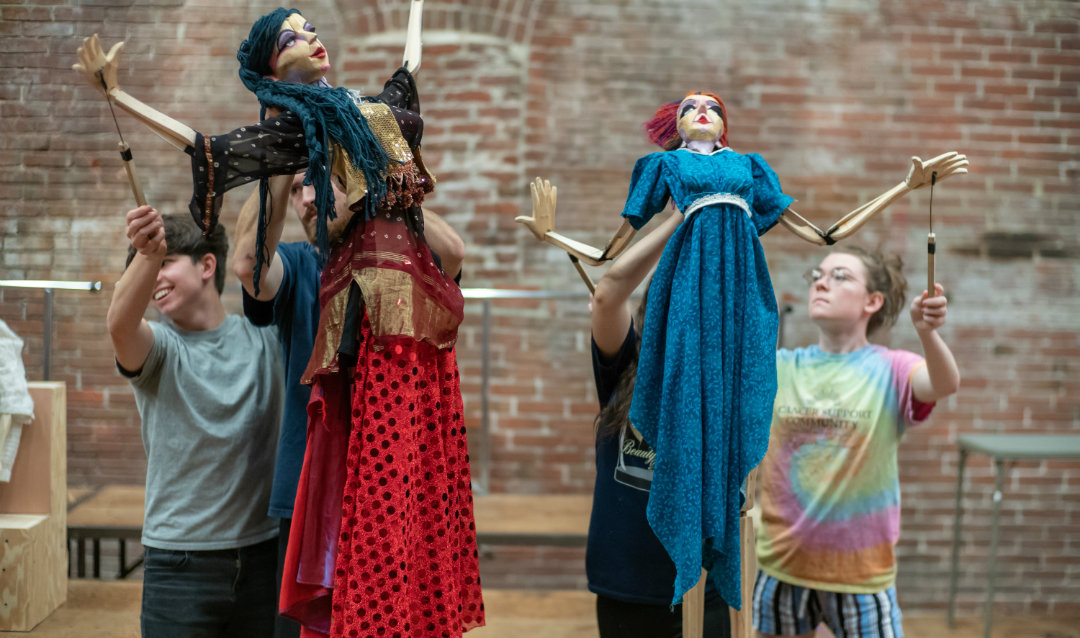 The world premiere of the mixed-media play The Secret is affiliated with Festival UnBound.

The 10-day festival will examine a Bethlehem reimagined after the demise of Bethlehem Steel.

More than a dozen Lehigh faculty, staff and students are collaborating with community artists, officials and activists on a 10-day festival that examines how the Bethlehem community reinvented itself following the closing of Bethlehem Steel, and how it can shape a culturally rich and diverse future.

This month’s “Festival UnBound” follows the “Steelbound” event that took place in 1999, based largely on the efforts of Lehigh alum Bill George ’73, director of the festival and co-founder of Touchstone Theatre, a professional, not-for-profit company dedicated to the creation of original theatre. That artistic undertaking examined the state of a city that was developed around  industrial giant Bethlehem Steel, which ceased operations in 1998 after a long decline.

Events at this year’s festival—which will run from Oct. 4 through Oct. 13—will include original theatre, dance, music art and conversation focused on forging the future of the city through art. The festival is being dedicated to the memory of John Pettegrew, a beloved professor of history, former director of the American Studies program and founding co-director of the South Side Initiative, a consortium of Lehigh faculty, students, and staff who work with members of the Bethlehem community to share knowledge, foster democracy, and improve the quality of life in the city. Pettegrew died in May 2018, following a long battle with cancer. 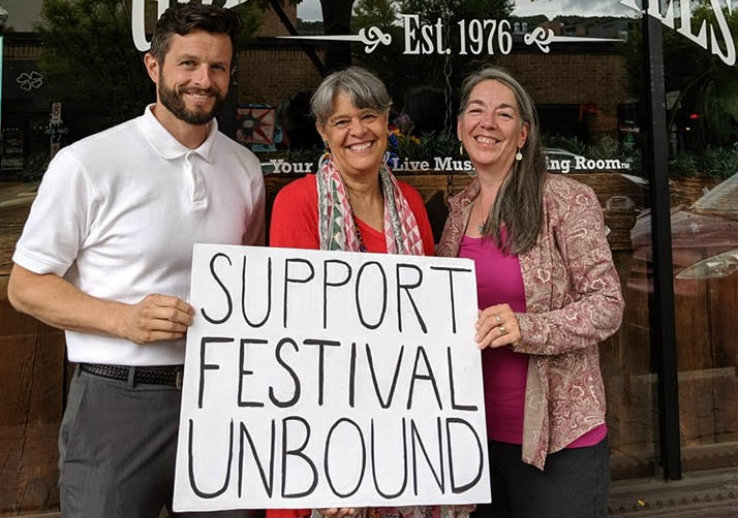 “Touchstone Theatre is one of the most precious cultural resources we have in the city of Bethlehem—the kind of authentic community arts organizations that every city in the U.S. yearns for,” said Seth Moglen, professor of English and co-author of the play, Hidden Seed—Bethlehem’s Forgotten Utopia, which will be presented as part of the festival.  “And it is a testament to Touchstone’s generosity and collaborative spirit that they have involved so many Lehigh students, staff and faculty in the creation of Festival UnBound.”

Moglen’s play focuses on mid-18th century Bethlehem, as told by the ghosts of three of the city’s female founders: a formerly enslaved West African  woman, a Native American woman and one of the original Moravian immigrants from Europe. “These ghosts have returned to Bethlehem to share the astonishing story of the founders’ egalitarian achievements,” said Moglen. “In the first two decades, the Moravians built a racially integrated city that abolished poverty, shared wealth equally, emancipated women to be leaders, and provided free education, health care, child care, and elder care to all. The ghosts have an urgent message for Bethlehem residents today, but in order to share that message, they must come to terms with painful truths about the city and their relationship to one another.”

Actress and director Kashi Johnson, professor and department chair of theatre, and Jennifer Swann, professor of biological sciences and interim director of Africana Studies, are both serving on the steering committee of Homecoming, which is scheduled for noon to 5 p.m. on Sat., Oct. 5 at the Bethlehem Public Library. The program will focus on bringing the community together through new connections and a sense of shared struggles. Conversations will examine how the black community will be engaged in the future of the broader Lehigh Valley as well. The afternoon celebration will be opened with a drum performance and will offer vendors, food, a youth essay contest, speakers, community awards, and spoken word performances. It will be followed by An Evening with Bakithi Kumalo and the South African Allstars at Coals West African Restaurant on Broad Street in Bethlehem. 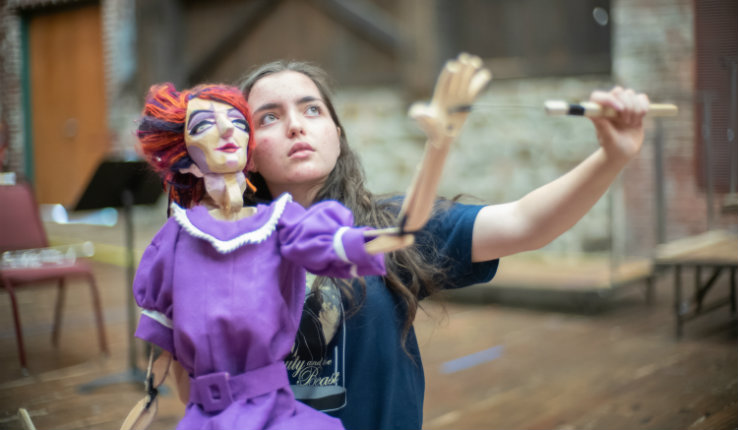 The world premiere of the mixed-media play The Secret is affiliated with Festival UnBound.

Also affiliated with Festival UnBound will be the world premiere of the mixed-media play, The Secret, about the life of and work of poet Hilda Doolittle (H.D.). The play is the culmination of Finding. H.D., a 12-month public exploration of Doolittle, who is now widely recognized as a queer, feminist visionary, and the most influential literary figure born in the Lehigh Valley. The play will run on Saturday, Oct. 5, through Tuesday, Oct. 8, at the Touchstone Theater at 321 East Fourth St. in Bethlehem.

The Secret is being directed by Jennie Gilrain, a doctoral student in the College of Education and  former instructor of theater at Lehigh. Public talks on H.D. were also given by Physics Professor Gary DeLeo, English Professors Mary Folz and Seth Moglen, and now-retired LTS Director of Library Collections and member of the Lehigh Friends of the Library Christy Roysden. Katakalos is overseeing production design and the cast includes William Reichard-Flynn, a grad student in earth and environmental science.

Additional Lehigh-related programs and projects include:

The university effort was also supported by Lehigh alums Ollie Foucek ’72, an Allentown-based attorney, and Chad Paul, president and CEO of Ben Franklin Technology Partners of Northeastern Pennsylvania, who played a substantial role in fundraising.

“This scale and richness of university-community partnership [are] rare,” Moglen said. “And it is possible here in Bethlehem because of an extensive network of social, intellectual, and artistic collaboration that goes back for decades now.  People like former LUAG director Ricardo Viera and Zoellner Arts Center Creative Director Deborah Sacarakis played important roles in supporting Touchstone Theatre and in early collaborations like the 1999 Steelbound Festival. Over the last 40 years, Lehigh faculty and staff have been incredibly lucky to have partners in local arts organizations, including Mock Turtle Marionette Theatre, Godfrey Daniels, and Touchstone.  Together, artists and scholars—along with residents from every corner of the city—have created a cultural ecosystem that makes projects like this possible.”

In recent years, Moglen added, Lehigh’s South Side Initiative and the Humanities Center have nourished this ecosystem and fostered ongoing public humanities and public arts collaborations.  “In Festival UnBound, we see the latest flowering of these partnerships. Touchstone Theatre is bringing us all together to ask who we have been in Bethlehem, who we are today—and what kind of city we hope to become.”

For more information on Festival UnBound, including schedule of events and tickets, please go to https://festivalunbound.com/