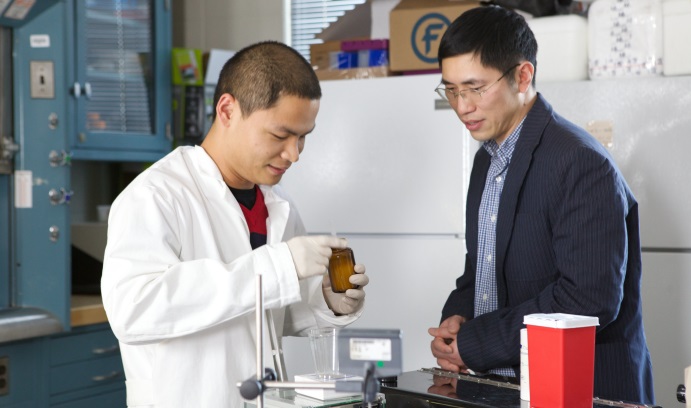 The testing and diagnostic tools developed by Yaling Liu (at right, with Ph.D. candidate Wentao Shi) enable the early detection of cancer and evaluate the targeted delivery of medicine. (Photo by Elaine Zelker)

Yaling Liu, who has spent much of his career applying the principles of fluid mechanics and nano-engineering to biology and medicine, has been named a fellow of the American Society of Mechanical Engineers, one of the top honors in his field. ASME, a professional society founded in 1880, has more than 130,000 members in 151 countries.

In one NSF-funded project, Liu and his students have developed a cheap, portable device that detects cancerous tumors before a patient feels symptoms. The device, which Liu calls a “lab on a chip,” isolates the relative handful of tumor cells that break free from the site of a tumor and circulate among billions of normal blood cells in a single milliliter of blood. Because of its size and relatively low cost—less than $5 per unit—the device shows promise for use in developing countries.

The lab-on-a-chip device, Liu said, can identify cancer cells before a tumor grows large enough to appear on an MRI and can thus help detect cancer in its very early stages when it is easier to treat. The device can also monitor the progression of a tumor and the effectiveness of treatment. Liu and his group are working with Lehigh Valley Hospital on a clinical trial to test the device on melanoma and renal cancer patients.

Another technique that Liu has helped develop uses nanoparticles coated with antibodies as imaging probes to observe cell-to-cell interactions under micro-fluid conditions that closely simulate the dynamic environment inside the body. In this project, Liu collaborated with two Lehigh faculty members, Linda Lowe-Krentz, professor of biological sciences, and H. Daniel Ou-Yang, professor of physics, and with Vladimir R. Muzykantov, professor of pharmacology at the University of Pennsylvania.

Liu and his students have also designed a biometric platform that evaluates the targeted delivery of drugs in an in vitro environment.

Earlier this year, Liu received funding for two projects. A five-year R01 grant from NIH will support a project on “Multiscale predictive modeling of blood cell damage with experimental verification.” The goal of this project is to “develop a multiscale model to characterize blood cell damage under complex flow conditions.”

The long-term goal, said Liu, is to predict drug performance under disease conditions and thus allow the directors of pre-clinical drug trials to “mitigate scientific, financial and temporal risks when transitioning candidates from high-throughput evaluations to animal models.”

Liu has published 65 articles in peer-reviewed journals and more than 100 conference proceedings and abstracts. He is also the author of seven book chapters. His research has led to the awarding of three U.S. patents. 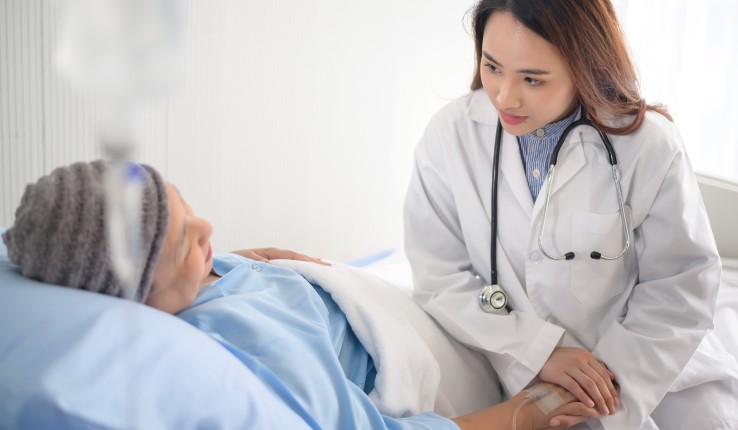 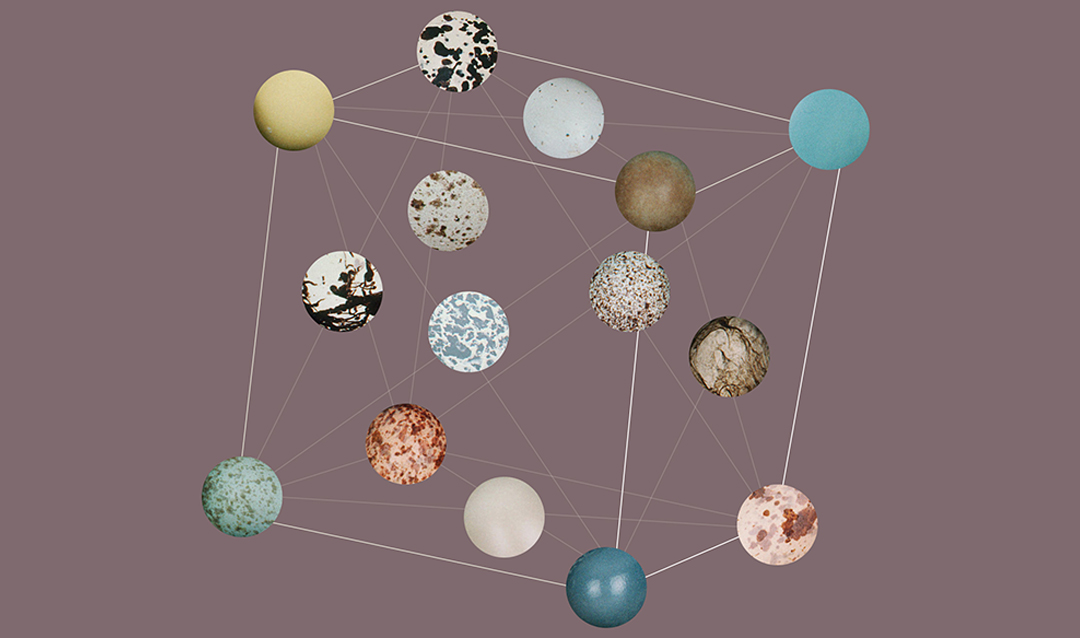