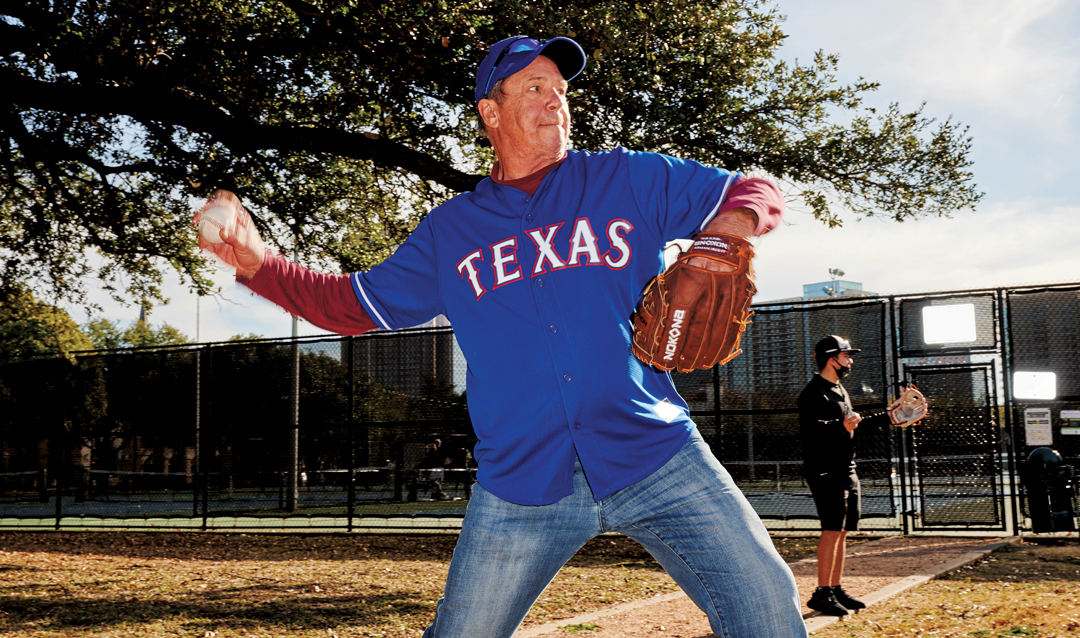 Frank Miller '68 gathered strangers to play catch during the pandemic and it garnered local and national media attention.

Our Class Notes often include numerous heartwarming stories and this issue is no different. George Klacik, correspondent for the Class of ’68, wrote about one: Classmate Frank Miller was featured in The New York Times. Miller, a former pitcher for Lehigh’s baseball team, had just read “K: A History of Baseball in Ten Pitches” by Tyler Kepner and was looking for someone to throw with to try out the baseball grips he had learned about. His wife, Alice, posted on the neighbor site, Nextdoor, seeking a throwing partner. To date, Miller says they received nearly 150 responses. Local media was on hand to cover the more than 10 people who showed up at the initial January meeting at Cole Park in Dallas, including members of a local high school baseball team. “I was overwhelmed by it and very surprised,” Miller says of the turnout and media attention. “I was blown away and delighted.”

Although they’ve taken a recess over the summer, Miller says three to five of them continued meeting every Saturday and plan to start up again in the fall.

The Texas Rangers invited Miller and the entire North Dallas High School baseball team for a tour and to throw on the field at the team’s ballpark, Globe Life Field, in Arlington, Texas. Miller also appeared on MLB Network to talk about the entire experience.